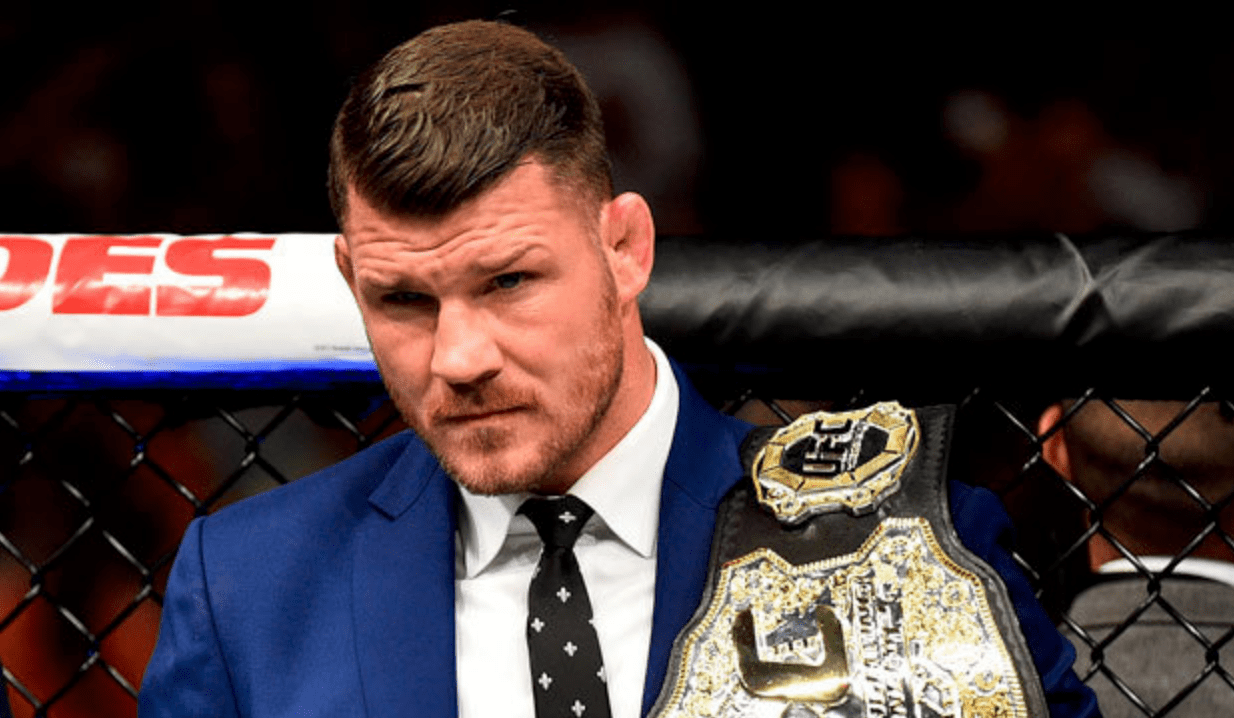 Recently, a video went viral of Michael Bisping showing the world his fake eye, something even the UFC president Dana White was unaware of during Bisping’s fighting career. Now, we do not know for certain if Bisping fought the last few years of his career with a glass eye, or if it happened after he retired, but it did get the MMA world buzzing.

If Bisping did in fact fight with a fake eye, then Dana White does not know just how any athletic commission could give him the license to fight in their state.

“But before he had that surgery, his eye used to point inward, and he got it fixed.”

He was then asked just when Bisping got the fake eye, and the UFC head honcho admitted that he had no idea.

“I have no clue. (But) you aren’t duping the doctors looking at your eyes. Listen, I would hope that the doctor would know the difference between a real eyeball and a fake eyeball. So I don’t think he duped anybody.”

Michael Bisping won the UFC Middleweight Championship towards the end of his career, and dropped it to Georges St-Pierre. GSP then relinquished the title before announcing his retirement once again from the sport. Bisping meanwhile lost to Kelvin Gastelum in November 2017, and subsequently retired from the sport. He was inducted into the UFC Hall of Fame earlier this year.