Stamp Fairtex Forever Grateful To Her Parents For Their Encouragement 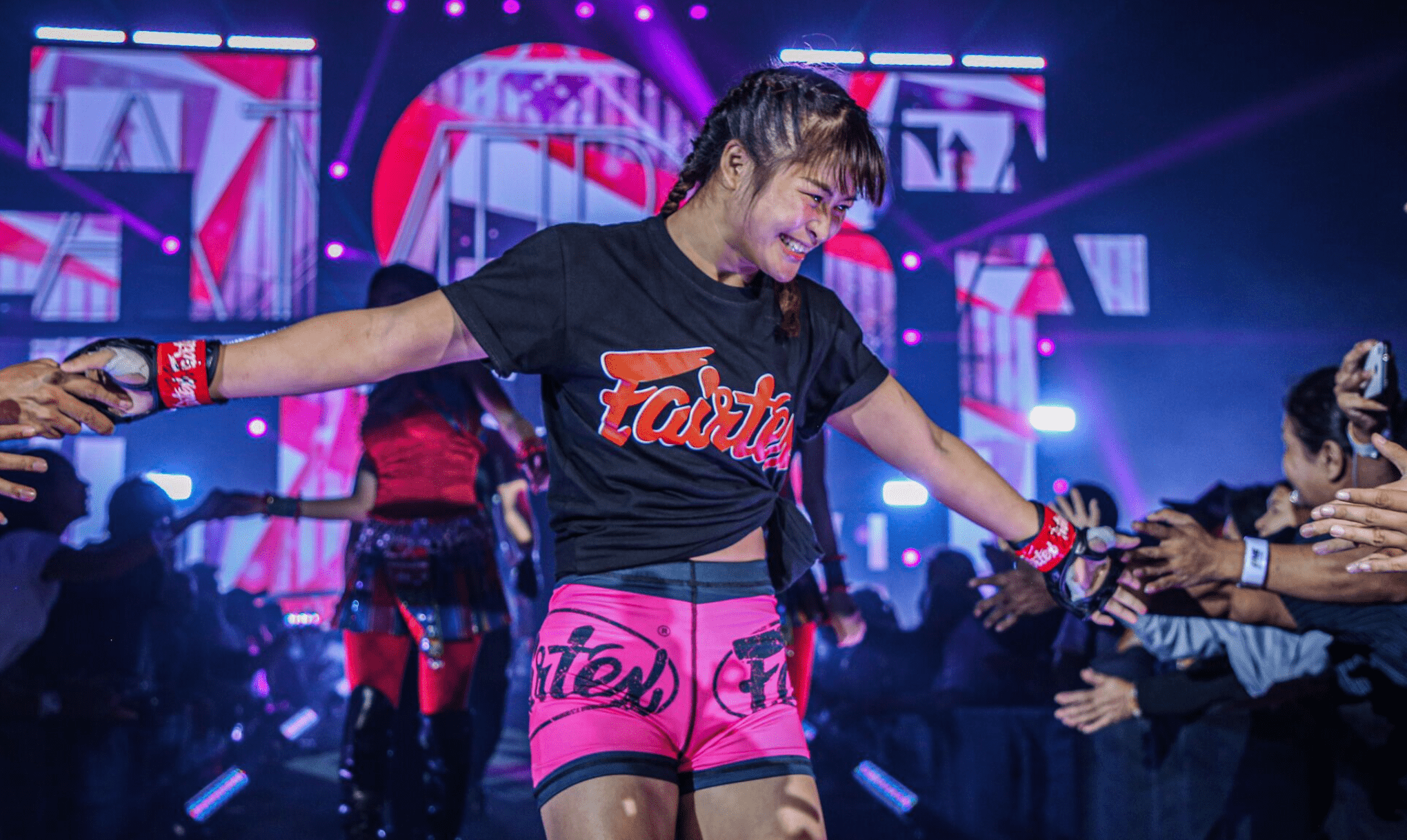 It’s hard to believe that Stamp Fairtex was ever bullied. But that’s exactly what happened to the ONE atomweight Muay Thai and kickboxing world champion when she was a child.

Speaking to ONE Championship, Stamp said she was very small for her age when she was young, which made her an easy victim to the school bullies.

“When I was in kindergarten, I was tiny. The girls in school kept bullying me, and I could not stop them. I was scared because they were bigger than I was. That is why I started Muay Thai.”

Although girls didn’t train Muay Thai when Stamp was a child, she started training at her family’s gym, with her parent’s full support.

“I decided to train Muay Thai with my brother and father,” Stamp said.

“When I was young, I was the only female athlete in my village’s Muay Thai gym. Back then, people were not open to girls competing. They were afraid we might get hurt badly because they thought women were physically weaker than men.”

Fast forward to today and Stamp is a two sport world champion and remains unbeaten in mixed martial arts. And the 22 year old will be forever grateful to her parents for their support and encouragement.

“My parents supported my Muay Thai dreams and encouraged me. Now, I really cannot live without it.

“Most women repay their parents by being good students, and then getting a good job so they can take care of them. Even though I have a different career, I repay them by making them proud, by becoming a World Champion.”

Stamp Fairtex returns at ONE: A New Tomorrow on January 10th, at The Impact Arena in Bangkok Thailand, where she will face India’s Puja Tomar in a mixed martial arts contest.

Tagged: Atomweight, ONE Championship, ONE: A New Tomorrow, Stamp Fairtex