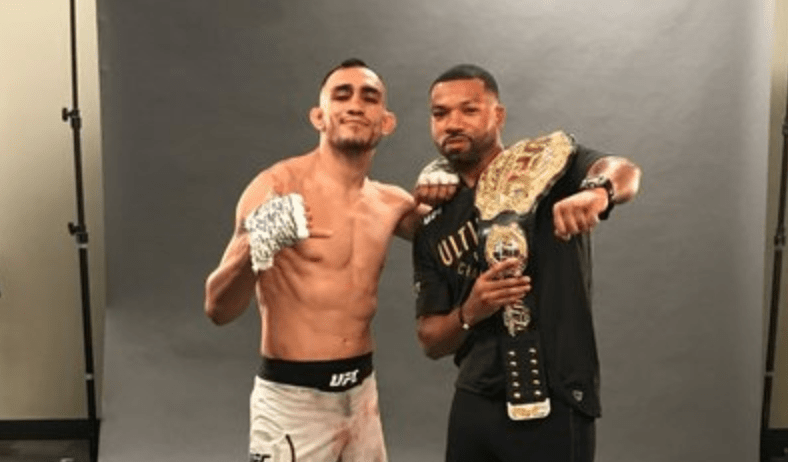 Ferguson struggled to find his range over the course of 24 minutes and sustained some substantial damage, before being ruled out of the contest by referee Herb Dean. ‘El Cucuy’ showed great heart to survive that long and absorbed strikes that would have likely dropped anybody else on the roster.

In an interview with Helen Yee (transcribed by MMA Junkie), the long time boxing coach broke down what went wrong for his fighter that night.

“Tony was not as sharp sometimes as we usually see, but Tony was active. He was busy. Justin Gaethje just fought a hell of a fight,” Holloway said. “He fought a hell of a fight. He was able to capitalise on some of the mistakes Tony made. Tony fought Tony’s fight in some significance, but at the same time there were a lot of things he didn’t do, and I think that was due to Justin Gaethje putting on a good performance, and it just is what it is some nights.”

Despite seeing glimmers of brilliance in the early rounds, Holloway believes that Ferguson needed to be more diverse with his attacks.

“Our whole game plan was to stay on the outside, strike, stay long, move to our right at all times,” Holloway said. “Tony did that at times. He didn’t do it as much as I wanted him at times, but Tony’s Tony. Tony likes to engage, Tony likes to bang, and that’s what makes Tony Tony at the same time. He did a lot of that. I think I would have liked to see Tony use his feet a little bit more. Tony did some good things in the beginning of the fight, like when he stayed long. He did very well in keeping Justin off balance, a lot of good leg kicks.

“Of course, we all wanna see Tony on the ground more with Gaethje – more submissions, more jiu-jitsu – but at the same time, Gaethje makes it hard. You look at all of Gaethje’s fights, Gaethje doesn’t let anyone take him to the ground. He does a good job of that.”

Ferguson suffered his first loss in over eight years at UFC 249 and is now back at home recovering from a broken orbital bone.

Who do you think that Tony Ferguson should challenge next?