Tyson Fury: I Will Knockout Deontay Wilder In Two Rounds 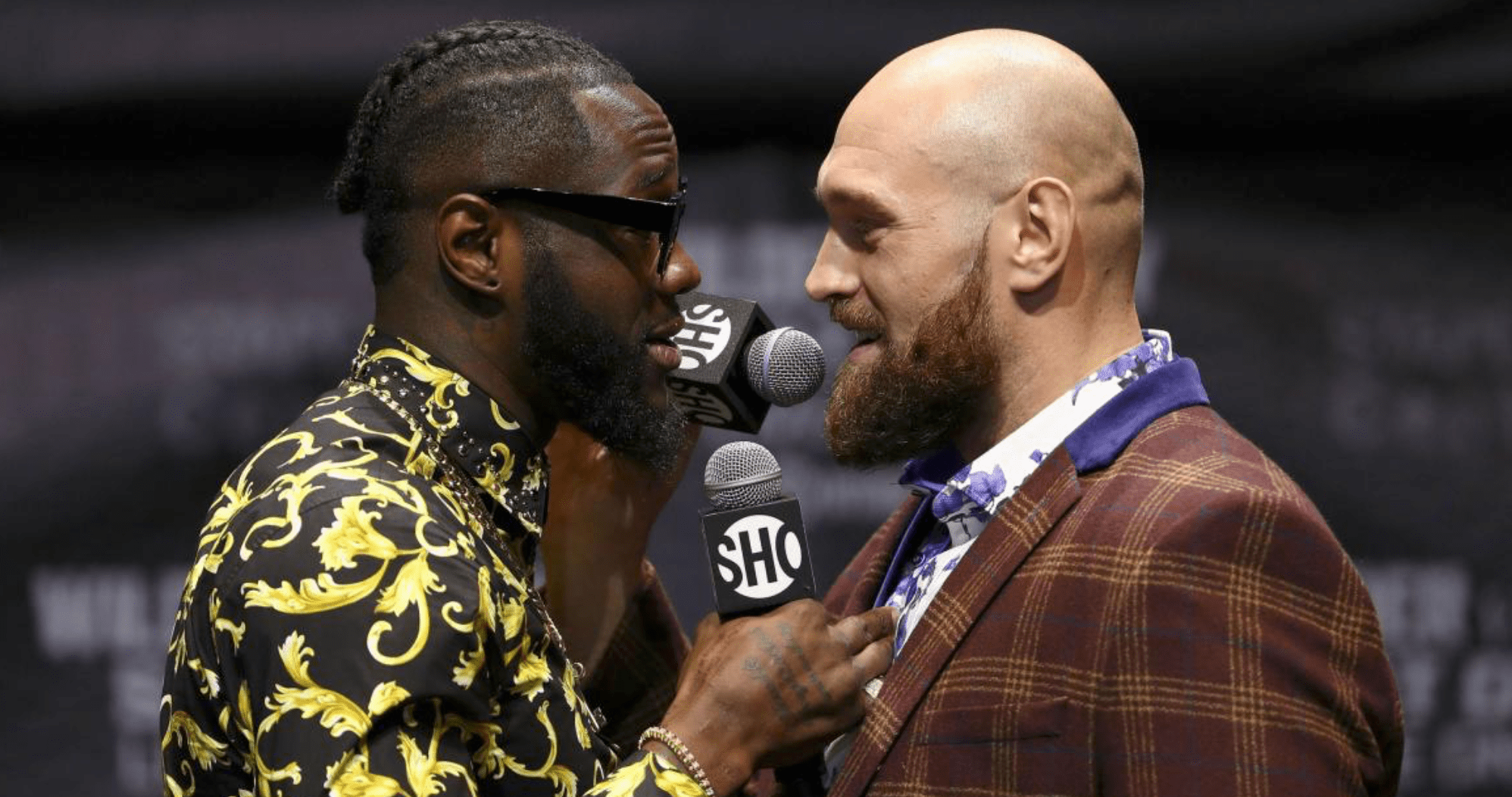 It’s the rematch the boxing world has been waiting for, ever since their first clash in December of 2018. Although Tyson Fury was knocked down twice, he outboxed Deontay Wilder for the majority of the fight. Despite this, the judges scored the fight a controversial draw.

On February 22nd, Fury and Wilder get to run it back. And the two were able to trade verbal blows face-to-face during a pre-fight press conference on Monday in Los Angeles. Before getting stuck into ‘The Bronze Bomber’, ‘The Gypsy King’ declared the rematch as biggest heavyweight clash ‘in a long time’.

“I can’t remember a bigger heavyweight fight in a long time. Maybe Lennox Lewis verses Mike Tyson was the last big, big fight like this. That was the last US-UK showdown. I don’t need to sell this fight. People know what they’re gonna get. You’re gonna get a good fight.”

While many are predicting Wilder to go into the fight looking for the big knockout and Fury planning to outbox the unbeaten American, Tyson says he has other ideas.

“Everyone’s talking about I’m going to come out herking and jerking. I’m not looking for herky jerky. I want him to meet me dead in the centre of the ring. Let’s have a slugfest. Best man’s left standing, the loser goes down. I have twenty knockouts in twenty nine wins.

Both men go into the rematch with their unbeaten records still on the line. While Fury has 29 wins under his belt, Wilder has 42 wins to his name. With all but one of those victories coming by way of a stoppage. And Tyson knows all too well that one mistake and it could be game over.

“The fact of the matter is, I’m not going to dress it up, I’m going to speak the honest truth. If I’m stupid enough to get hit by that big, stupid right hand, then I deserve knocking out. And it will knock anyone out. He showed, he landed it and knocked me down twice. But it’s not how you go down, it’s how you get up and respond. He knows he’s not messing with no quitter, no s***house. I’m a fighting man.”

“The late, great Brendan Ingle once said, ‘to beat Tyson Fury, you have to nail him to the f***ing’ canvas’. And that’s what this little skinny legged super noodle will have to do. He’ll have to nail me to the canvas. And if he can’t do that, I’m going to eat him up.”

Not content with telling Wilder that he’ll need to nail him to the canvas, Fury guaranteed he’ll knockout Deontay in the first two rounds.

“I’ll meet you in the centre of the ring, Deontay Wilder. February 22nd, you won’t have to look anywhere for me. Just watch out for the right hand because you’re going to sleep in two rounds. Two. Two rounds, he’s going down. I keep having a dream about two rounds. In poker, I keep getting dealt number two. It’s definitely a thing. He’s getting knocked out in two rounds. One hundred percent.”

Deontay Wilder vs Tyson Fury 2 goes down on February 22nd at the MGM Grand Garden Arena in Las Vegas, Nevada.

Who do you think will leave Las Vegas as the champion, with their unbeaten record still intact, Deontay Wilder or Tyson Fury?