Five ONE Super Series Matchups To Make In 2021 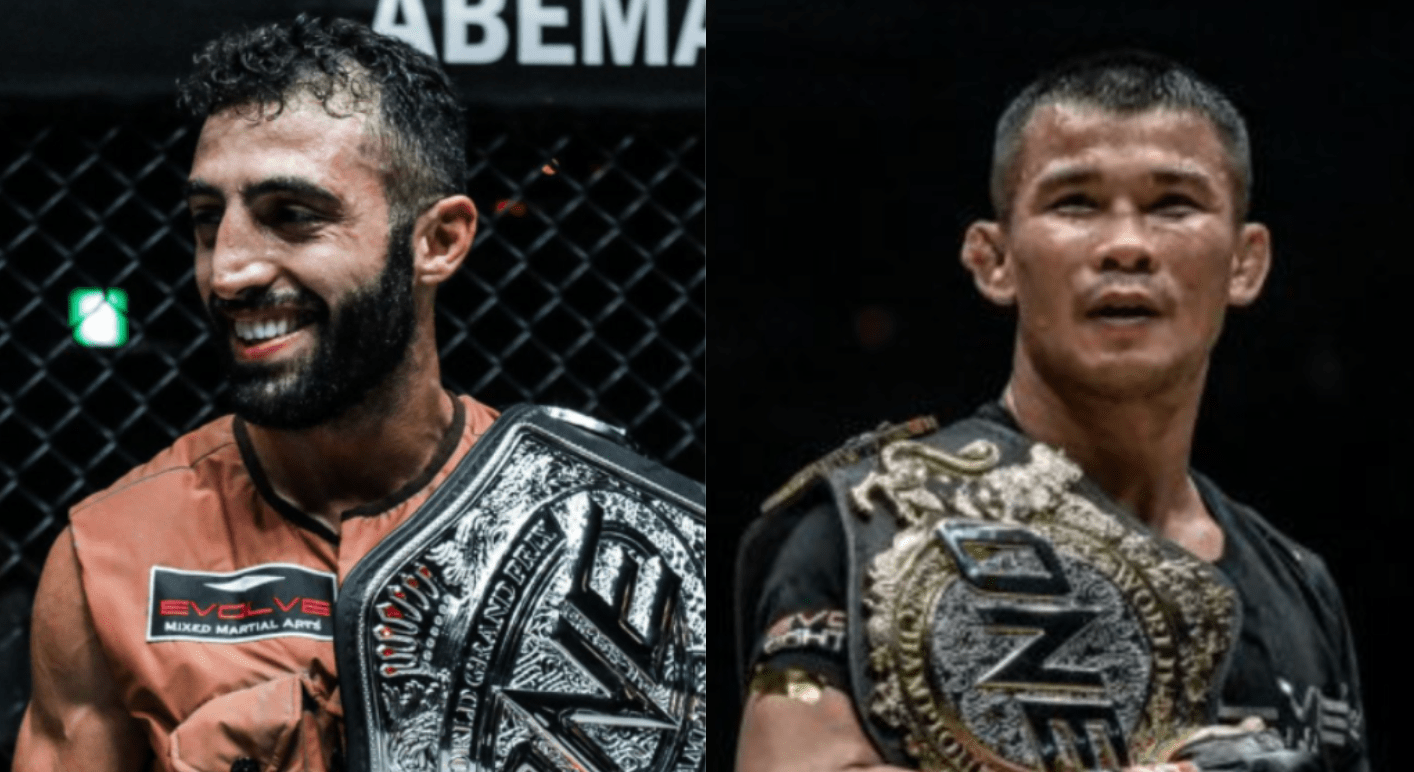 As 2020 in ONE Championship winds down to a close, we look forward to 2021. The ONE Super Series has seen a plethora of high-profile signings this year, including Marat Grigorian and Superbon Banchamek. We also got to see fighters who have the potential to challenge for titles next year, such as Jamal Yusupov. Here are five ONE Super Series fights to make for 2021.

There’s little doubt that Rodtang Jitmuangnon is the best flyweight in ONE’s Muay Thai division. He’s made three successful defences of the ONE flyweight Muay Thai title, most recently against Petchdam Petchyindee Academy at ONE: No Surrender. However, a new contender is slowly emerging in the form of Superlek Kiatmoo9. The 25-year-old earned the nickname ‘The Kicking Machine’ when all he did was land body kick after body kick in his ONE debut against Panpayak Jitmuangnon.

Like Rodtang, he is undefeated in ONE competition. Superlek also showed his kickboxing prowess against Fahdi Khaled, taking the unanimous decision win at ONE: A New Breed 2. A matchup between the two could be an early candidate for ONE’s Muay Thai fight of the year. It would be the unstoppable force that is Rodtang going up against the immoveable object that is Superlek.

Petchmorakot Petchyindee Academy was initially scheduled to face Jamal Yusupov at ONE: Warrior’s Code at the start of the year for the inaugural ONE featherweight Muay Thai title. However, the Russian had to withdraw from the bout due to injury, and the Thai went on defeat Pongsiri P.K.SaenchaiMuayThaiGym to become champion. He looked questionable in his first title defence against Yodsanklai Fairtex at ONE: No Surrender, but shut down all doubts with his knockout of Magnus Andersson at ONE: A New Breed 3.

Yusupov is currently ranked second in the ONE featherweight Muay Thai rankings. After defeating Samy Sana at ONE: Collision Course 2, the Russian only further solidified his position. This only makes it more reasonable that he’s the next man to challenge Petchmorakot for the title. This is the Petchyindee Academy representative’s chance to break out his devastating knees against the dynamite left hand of ‘Kherow’.

ONE Super Series Muay Thai’s pound-for-pound king vs ONE Super Series kickboxing’s pound-for-pound king? Let’s face it, this is the kickboxing superfight all ONE Championship fans want. Nong-O Gaiyanghadao is undoubtedly the greatest Muay Thai fighter on the ONE roster. Giorgio Petrosyan is perhaps the best kickboxer of his era. After successfully defending his ONE bantamweight Muay Thai title for a fourth time, Nong-O publicly called out Petrosyan.

At 35 years old, it’s hard to imagine the Armenian-Italian cutting down to bantamweight so we can only assume the Thai will move up to featherweight should the fight materialise. Petrosyan would also pose as the biggest threat for Nong-O since the latter’s ONE Super Series debut. Regardless of who wins, it would definitely be a kickboxing contest for the ages.

These two previously fought back in 2018. The fight ended with Marat Grigorian knocking out Superbon Banchamek in 29 seconds. But that was two years ago and in the time since that fight, Superbon has only got better, and so has Grigorian. Now that the both of them are with ONE Championship, the Thai would probably be interested in a rematch and evening the score.

Superbon had a fantastic ONE debut, taking home a unanimous decision against Sitthichai Sitsongpeenong at ONE: No Surrender. Grigorian also made a huge splash with a second-round knockout over Ivan Kondratev at ONE: Big Bang. Surely, a second fight between the two should last longer and be packed with more thrills.

Third-ranked Jonathan Haggerty showed the world he still belongs in elite company with a unanimous decision victory over Taiki Naito at ONE: Big Bang 2. Prior to the win, ‘The General’ was coming off back-to-back losses to Rodtang Jitmuangnon for the ONE flyweight Muay Thai title. A fight with Petchdam Petchyindee Academy would help with his journey back to another title shot.

Haggerty even named ‘The Baby Shark’ recently as a potential next opponent before fighting for the title again. Petchdam is also looking to rebound after a split decision loss to Rodtang for the ONE flyweight Muay Thai title at ONE: No Surrender. He’s also lost two of his last three fights in ONE Championship. Petchdam will certainly have his hands full if he does fight Haggerty, but can make a huge statement if he beats him.

The 2019 featherweight kickboxing World Grand Prix saw the participation of big names like Giorgio Petrosyan, Yodsanklai Fairtex and Samy Sana. The tournament culminated with Petrosyan defeating Sana by unanimous decision at ONE: Century. But in 2021, the ONE Super Series featherweight division is looking even more stacked. It is perhaps the most stacked division in all of ONE Championship after the organisation went on a signing spree of numerous kickboxers.

To host another World Grand Prix would be paying homage to the K-1 World MAX days of yore, where the best 70-kilogram kickboxers converged. Fighters we could see include the likes of Giorgio Petrosyan, Marat Grigorian, Superbon Banchamek, Sitthichai Sitsongpeenong, Tayfun Ozcan, Davit Kiria, Andy Souwer, and Jonay Risco. This would be an exciting tournament that could potentially determine the inaugural ONE featherweight kickboxing champion.

Which ONE Super Series matchups would you like to see in 2021?