A Look Ahead To ONE: Dreams Of Gold 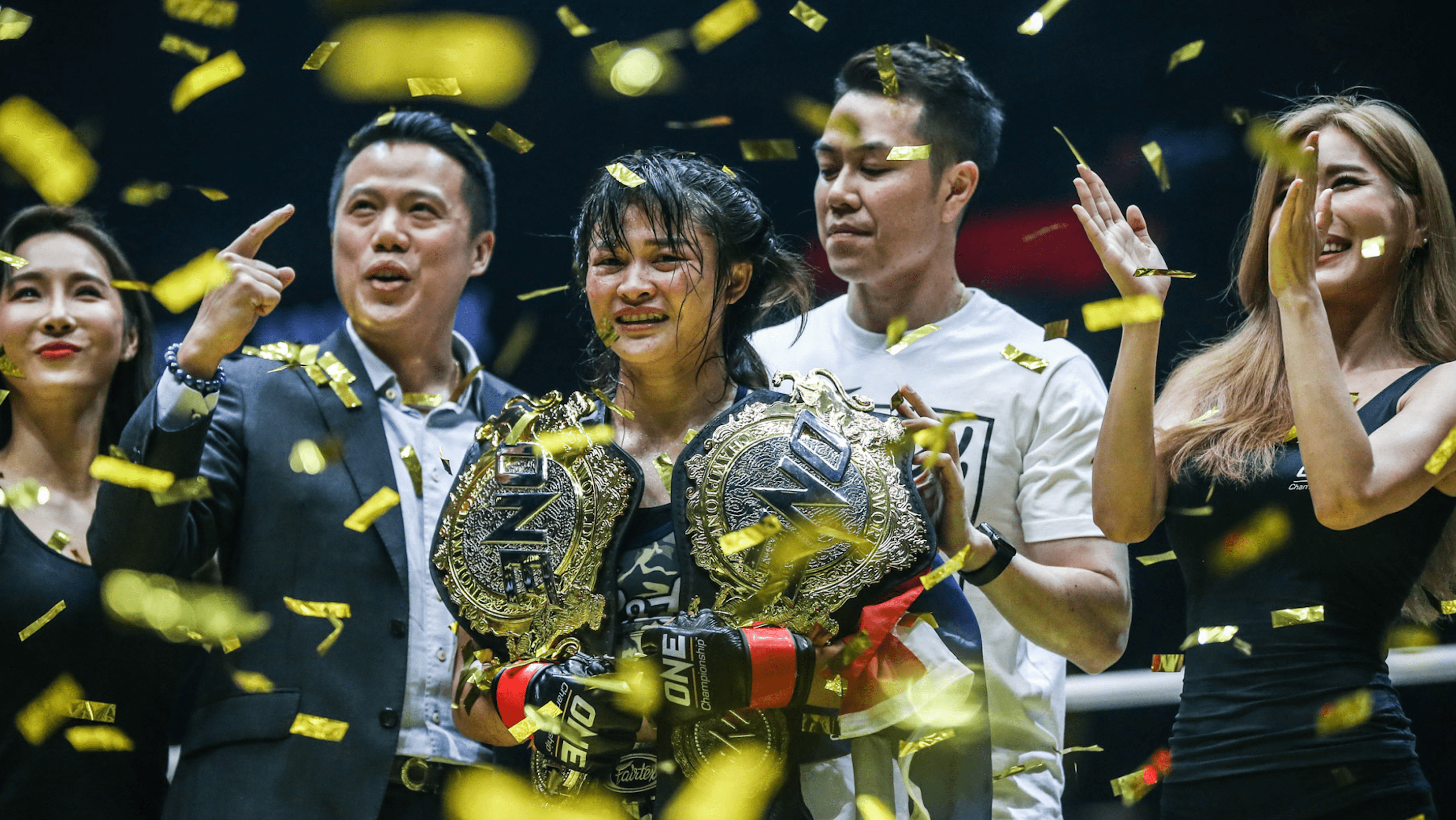 ONE Championship has had much success staging events in Bangkok. The promotion is bringing some major star power when it heads back to Thailand on 16 August at the Impact Arena, and here is everything we know about ONE: DREAMS OF GOLD.

Petchdam has beaten numerous opponents with his explosive leg power. He continues to train at the well-renowned Petchyindee Academy in Bangkok along with other notable world champions, such as Petchmorakot and Sorgraw. It’s clear that training with those champions has made a positive impact on Petchdam.

In his career, he has won the Lumpinee Stadium, the WBC World Muay Thai World Championship, and the Toyota Marathon Tournament.

In May 2018, Petchdam won the ONE Flyweight Kickboxing World Championship with one of his most sound performances to date against Elias Mahmoudi. Now, Petchdam will face the 23-year-old Ennahachi.

Despite his youth, Ennahachi is a six-time Kickboxing World Champion and has a professional kickboxing record of 34-3. But he is getting one heck of an introduction to the promotion with Petchdam.

Giorgio Petrosyan finally advanced to the semifinals of the ONE Featherweight Kickboxing World Grand Prix. It took a mandated rematch for “The Doctor” to move past Petchmorakot, but he got it done with a more decisive victory in July at ONE: MASTERS OF DESTINY in Kuala Lumpur.

In the semifinal, Petrosyan will deal with a formidable opponent in “Smokin” Jo Nattawut who hails from Thailand. Clearly, Nattawut will have the crowd support as he attempts to battle his way to the finals.

Petrosyan, though, is widely considered as one of the greatest kickboxers of all time. He has won two K-1 World MAX Championships, a Glory Slam Tournament Championship and a variety of other honors, but winning the ONE Super Series title could be the best honor of his career.

Nattawut has had his share of ups as well. He has a WMC Muay Thai title to his credit, and he is world-renowned for his striking. Expect this match to be a barnburner from the getgo with a finals berth on the line.

As big as those matches are, you could make the argument that the most significant bout on the card is the professional mixed martial arts return of ONE’s reigning Atomweight Kickboxing and Muay Thai World Champion Stamp Fairtex.

Stamp is looking to become the first athlete to win titles in three different sports for ONE Championship. She competed in mixed martial arts in 2018 when she scored a first-round knockout of Rashi Shinde in a ONE Warrior Series match which lasted only 19 seconds.

Stamp will take on ONE newcomer Asha “Knockout Queen” Roka of India.

Roka is a natural boxer and an Indian National Boxing Champion. She is undefeated as a professional and has shown some ability on the ground, owning two victories by submission. She, however, faces a daunting task in her ONE debut, taking on a champion who is competing in her own country.

Also on tap in Bangkok is a ONE Featherweight Kickboxing World Grand Prix semifinal matchup between Samy Sana and Dzhabar Askerov. The winner of that match will face the winner of the Petrosyan-Nattawut bout.

Vietnamese-American Thanh Le will look to continue his impressive career with ONE as he takes on former ONE Lightweight World Champion Kotetsu Boku. Le beat Yusup Saadulaev with a knee in March during his ONE debut, so Boku, who has competed against the likes of Shinya Aoki, Eduard Folayang, and Narantungalag Jadambaa, will be an excellent test for him.

Saadulaev is also on the comeback trail after losing his last match to Le, taking on Shuya “Stealth” Kamikubo of Japan in a featherweight contest. Representing Cambodia, Chan Rothana of Cambodia will clash with former ONE Flyweight World Grand Prix participant Gustavo “El Gladiador” Balart. Zhao Zhi Kang faces Paul “The Great King” Lumihi of Indonesia, while Hexigetu of China battles Ramon “The Bicolano” Gonzalez in a strawweight bout.

With so many compelling matchups, it’s hard to narrow down which is the most intriguing. Expect more details to follow as the card approaches.