Adriano Moraes: I Will Be First Man To Finish Demetrious Johnson 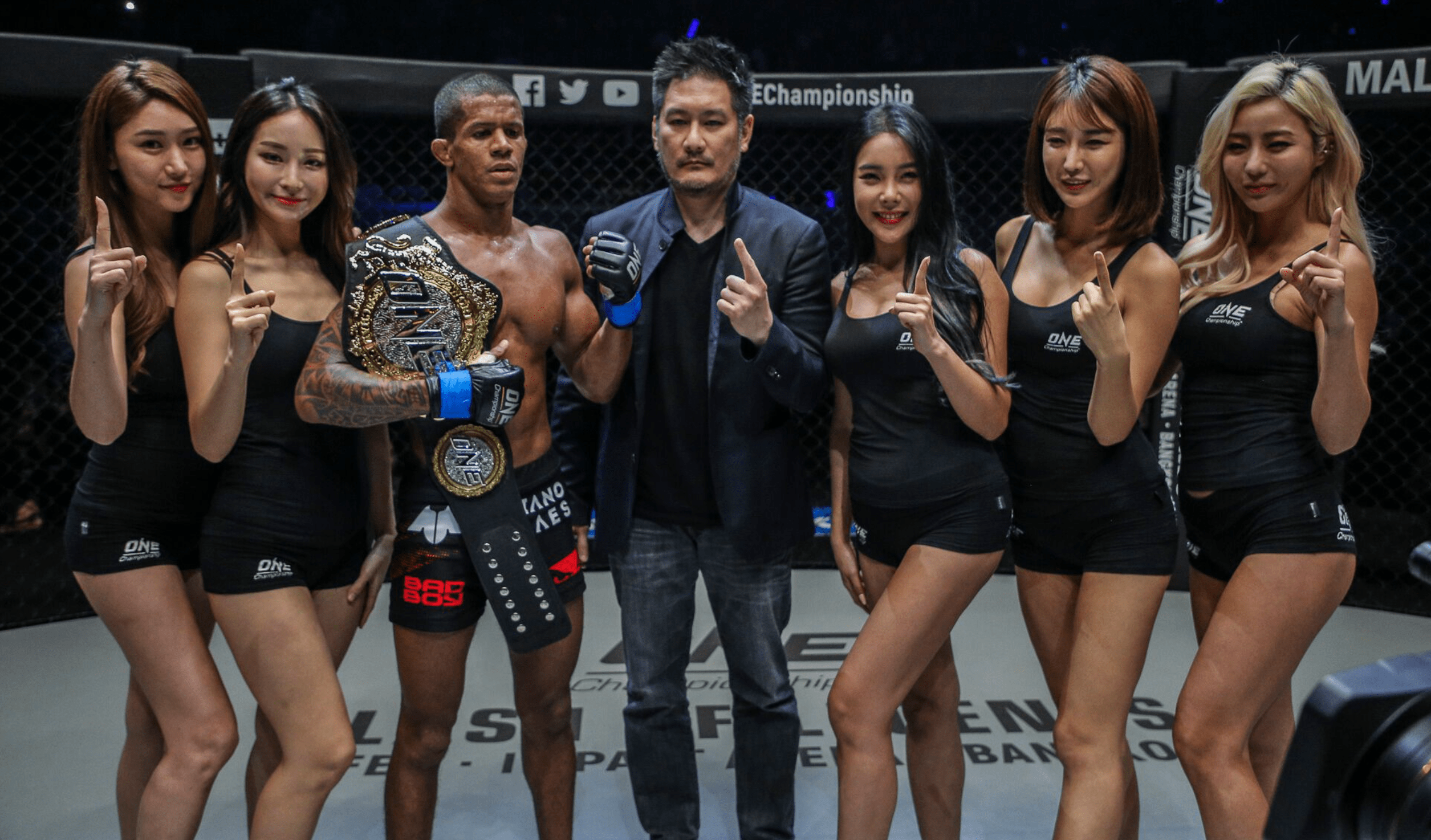 After more than two years on the sidelines, ONE flyweight champion Adriano Moraes returns to defend his title against Demetrious Johnson in the ONE on TNT 1 main event on April 7th.

Johnson cemented himself as the number one contender by beating Danny Kingad to win the ONE Flyweight Grand Prix at ONE: Century in October 2019. He was set to challenge Moraes last March, but the event was postponed due to the COVID outbreak.

It’s Good To Be Back

Moraes hasn’t competed since reclaiming his title by beating Geje Eustaquio at ONE: Hero’s Ascent in January 2019. In an exclusive interview with Asian Persuasion MMA, ‘Mikinho’ said that he’s grateful to be back and he’s ready to go.

“I’m thankful to be back. I’m healthy; I’m in shape and ready to go,” Moraes said. “I’m so happy in a weird way. As an athlete, it’s hard to don’t fight, of course, you like to be busy, you like to be in action and fight. But I know if something happens in the world, you cannot control it.”

The three-time undisputed champion, says that while he feels honoured to put his title on the line against any opponent, his fight with Johnson is certainly of a greater magnitude.

While he’s set to put his title on the line against Johnson, Moraes isn’t shying away from the fact that he’s a long-time fan of ‘Mighty Mouse’.

“I have watched him since I was a kid,” Moraes revealed. “Demetrious Johnson opened the door for the flyweight athletes around the world. I dropped to flyweight because he opened the division in the UFC. He opened the opportunity for us to make history, and I have been watching him throughout his career almost. I never imagined [I would fight him] because I am a big fan of him, and now he’s my opponent. I’m the champion and I’m gonna defend my belt against him.

“It’s going to be fun, because he’s a good opponent, a good family man, a true warrior and a good athlete. I love the Demetrious Johnson challenge.”

While Moraes acknowledges that Johnson is a well-rounded fighter, he argues that he’s got the skills to go toe-to-toe with him, and believes a win over arguably the greatest flyweight fighter of all time would be massive for his career.

“He showed everybody [how well rounded he is]. He has hands, kicks, good grappling, he’s fast. But I think I do everything good too,” Moraes argued. “My jiu jitsu is my good skill, and I am going to use it. A win against Demetrious Johnson is gonna be really good because he’s a living legend, and what he has done for the sport is amazing. But now, it’s my time and it’s going to be epic for my career. I can’t wait.”

Johnson has never been finished in his MMA career, but Moraes promises to make history by becoming the first man to beat him inside five rounds.

“I want to finish him. Nobody could do that but Adriano Moraes can do it,” Moraes promised. “I am gonna finish him, raise my hand and finish the job.”

Moraes’ fight with Johnson will be broadcast on prime time US TV on the TNT Network. The 31 year old said that he feels proud to headline ONE Championship’s first ever card on primetime in North America.

“TNT is a beautiful channel, and everybody’s watching TNT so I am so proud of ONE Championship,” Moraes said. “They work really hard to be here today, and I am proud of myself also to be the first champion to defend my title live on TNT. It’s amazing.”

Do you think Adriano Moraes will successfully defend his ONE flyweight title against Demetrious Johnson at ONE on TNT 1?