Alain Ngalani Tips Francis Ngannou For UFC Gold, Is Open To Fight Him 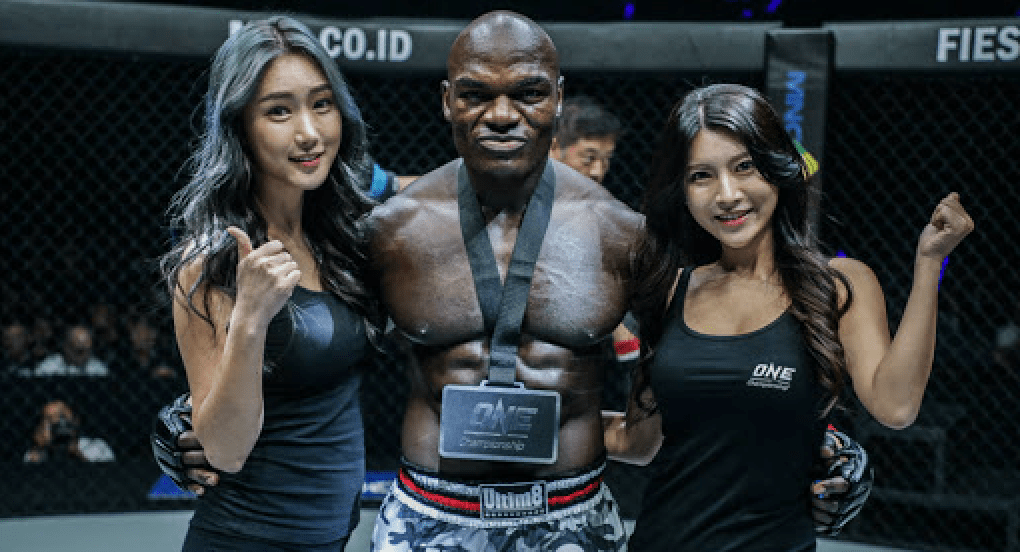 Last month, it was announced that Alain Ngalani would welcome UFC veteran Vitor Belfort, to ONE Championship. The former four-time Muay Thai world champion currently holds an MMA record of 4–5. Although he now resides in Hong Kong, ‘The Panther’ was born in Cameroon.

Top UFC heavyweight contender Francis Ngannou, is also a Cameroonian. Speaking to MMA Fighting, Ngalani opened up on his respect for ‘his brother’.

“He’s my brother, he’s a good fighter, he’s very aggressive, and he goes in there and does his thing,” Ngalani said. “And it’s been working for him, go in there and just brawl and just swing heavy punches and knocking out guys. I love him for that. He’s doing an awesome job. Fantastic athlete, natural and fantastic.”

Ngannou currently sits at number two in the UFC heavyweight rankings and is on a four-fight win streak, finishing all four opponents within 90 seconds of the very first round. And Ngalani believes it’s just a matter of time for ‘The Predator’ wins the UFC heavyweight title.

“There is no denying that Francis Ngannou will get that title shot and get that belt, one way or another,” Ngalani said. “He’s still young, he still has time, he’s doing his thing and it’s working for him. I’m very proud of him and I know he’s gonna get it, it’s just a matter of time. It’s challenging, but a fight is a fight and anything can happen.”

‘The Panther’ further emphasised on the significance of Ngannou’s success in the heavyweight division for both their country and their continent of Africa.

On the possibility of fighting Ngannou himself, Ngalani made it clear that he wouldn’t shy away from the opportunity.

“For now, he’s my brother,” he responded. “I don’t think so, but, you know, people like to speculate, so let them speculate. He’s my brother and he’s doing his thing. If we ever have to step in a cage, I’m an athlete, I’m a fighter, I’ll step in a cage with a lion if I have to. Doesn’t matter, you know? That’s what we do. We’ve been doing this for years.”

If the fight were to ever happen, Ngalani believes he would have to play smart against the powerhouse and reminded us of his famous clash against Bob Sapp, which is considered one of the biggest upsets in kickboxing history back in 2009.

“You know, it reminds a bit of the fight I had with Bob Sapp. When I fought Bob Sapp, Bob Sapp was on top of his game, he knocked out Ernesto Hoost. Bob Sapp was twice my size. I was 100kg (220 pounds) and he was 175kg (386 pounds) when I fought him. He was almost two meters (6’5”), he was a big guy. Everyone was like, ‘If he touches you, you’re out. If he touches you, you’re out.’ To fight Bob Sapp I had to be very smart. Very fast, very efficient and very technical, and I won. So anything is possible, you have to work your strategy.

“You don’t go against… I saw the Bob Sapp-Ernesto Hoost fight, Ernesto Hoost was my all-time favourite, he was the multiple-time world champion and the champ at the time. No one gave (Sapp) a chance against Ernesto Hoost, but Bob Sapp knocked out Ernesto Hoost out not once, but twice. So, you know, it was unbelievable when that happened. But you don’t go against someone who’s like a brawler and try to brawl with him. You have to adapt and then change your game. It’s the smart thing to do. Be smart and adapt, and change strategy.”