Alex Gorgees Reportedly Out Of UFC 234 Fight With Jalin Turner 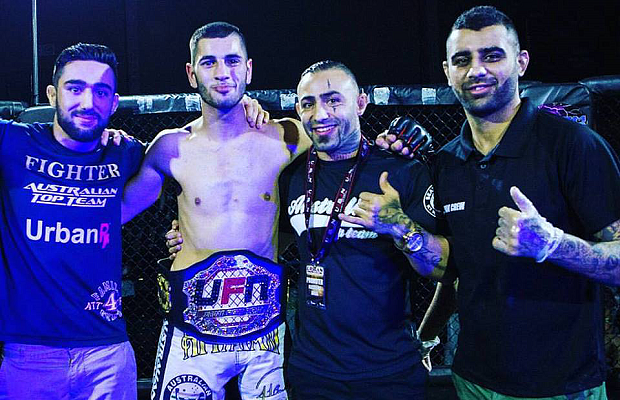 UFC lightweight competitor Alex Gorgees was scheduled to face Jalin Turner at UFC 234. However, just weeks before the event, Alex has reportedly pulled out of his fight.

First reported by Cageside Press, UFC lightweight Alex Gorgees has reportedly pulled out of his UFC 234 fight due to undisclosed reasons. The Australian Top Team fighter made his UFC debut in December 2018, losing by decision to Damir Ismagulov.

Wanting a quick turnaround, Gorgees (7-1-0 MMA, 0-1 UFC) was scheduled to face Jalin Turner (7-4) in Melbourne. However, it is now being reported that Alex had to withdraw from the fight, although no reasons were cited for the pull out. Jalin also made his UFC debut last year at UFC 229, losing to Vicente Luque. Turner is currently waiting to see if UFC could find any last-minute replacement for him on the card.

UFC 234 is scheduled to go down on February 10th in Melbourne, Australia. Robert Whittaker will defend the UFC Middleweight title in the main event against Kelvin Gastelum, while Anderson Silva returns to the Octagon to face Israel Adesanya in yet another mouth-watering match-up.