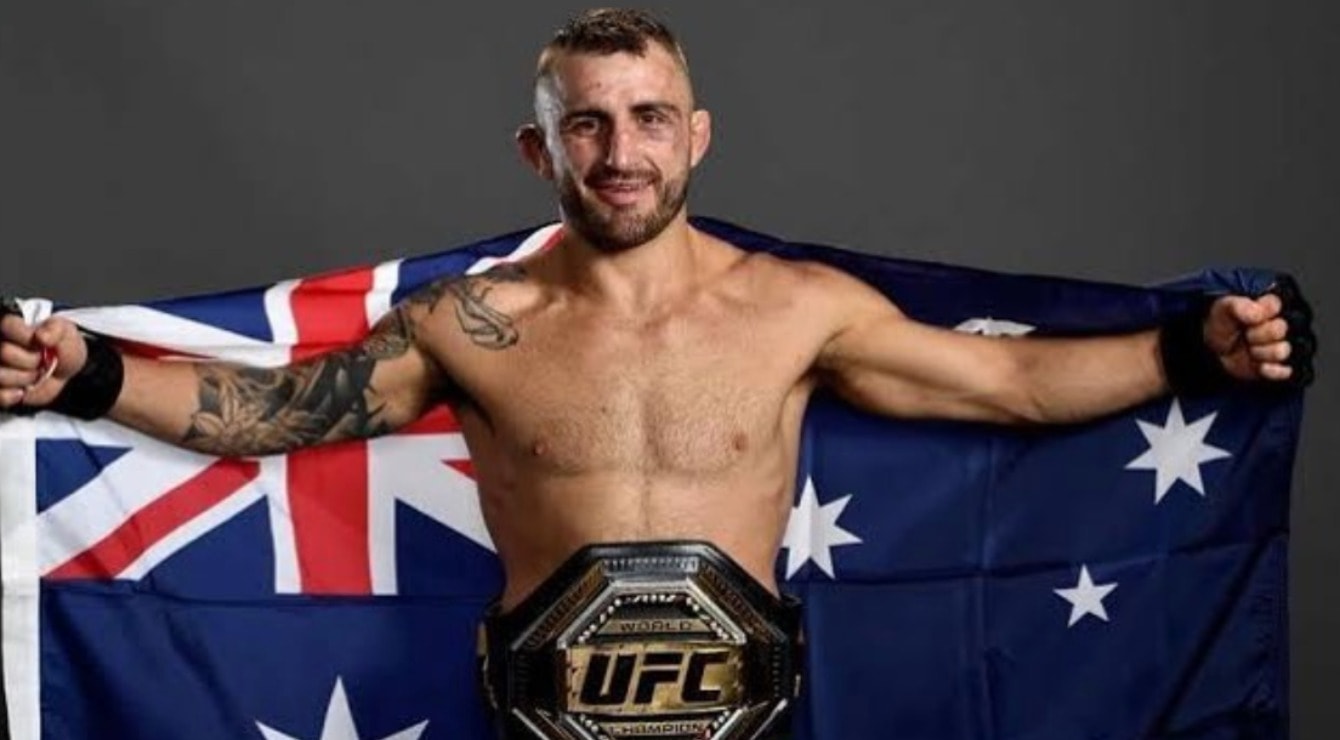 The reigning UFC featherweight champion Alex Volkanovski believes he has a statement to make in his title rematch with Max ‘Blessed’ Holloway at UFC 251. The 31-year-old, who earned a unanimous decision win against the Hawaiian at UFC 245, has guaranteed the fight won’t go the distance the second time round.

Originally, Volkanovski was set to rematch Holloway on June 6th in Perth, Australia. However, the card was cancelled after the world-wide coronavirus lockdown was imposed. Fortunately, the Australian has been able to begin his training camp for the bout now set for July 11th on Fight Island, after being granted an exemption for contact work during the COVID-19 pandemic.

Speaking to ESPN, Volkanovski expressed his intentions to silence the naysayers by proving his superior skills in the Octagon.

“This is a rematch and I’ve got something to prove right now, this is bigger than just a win,” Volkanovski said. “I don’t want to go out there and just beat him, I’ve already done that. I dominated him for five rounds last time, but they give him a rematch anyway.

“People quickly forget how I did it, there were biased opinions and commentary, everything. So I’m a little bit annoyed, I feel disrespected. I’ve got something to prove this time, I’ll put him away inside the five [rounds] this time. I guarantee you that. I’m sending a message.”

Despite the government-issued restrictions taking place in his homeland of Australia, Volkanovski and his team were able to make the necessary adjustments to prepare for Holloway. The 145lbs champion is confident that the shortened camp he has for this upcoming fight with the ‘Blessed’ one will not be an issue.

“It hasn’t even been a couple of weeks since I got confirmation that it was probably going to be July 11th,” the Aussie stated. “Obviously there are a lot of hurdles that people are adjusting to at the moment, but they let us know that that was what they wanted and I was lucky enough to have my team and everyone organised straight away.

“As soon as we knew that was happening we knew we’d better get something done; we need training; we need contact bodies; we need that contact training; so we got the police commissioners, health ministers and everyone on board, just so that we could get this training going.

“So we got the exemption [and] we’re back into it, but it’s only going to be a six-week camp. Luckily I’m a professional and I’m always staying in pretty good [condition]. I do need that contact training, but we’re fortunate to have some of the best bodies in Australia to help out for the next two weeks.”

As his fight agreement got finalised, Volkanovski closely monitored the UFC events that have taken place in the recent past. The crowd-less events have certainly been an unusual experience; while the wild atmosphere brought by the fans is gone, the at-home audience gets a better grasp of how gruelling the sport truly is. The Shellharbour native states that being able to hear the strikes, coaches, and fighters has been a unique and enjoyable experience.

“And now this is happening on a Fight Island, there’s something about it. I’ve been saying it’s that ‘Mortal Combat s***,’ so it’s pretty special and I can’t wait to land some of those big shots so the world can hear my connections echoing through their TVs.”

Regarding the newly announced Fight Island, Volkanovski stated his excitement for the chance to perform on such a big stage.

“I’ve seen some photos and it looks pretty amazing, so it will be some pretty good sights over there,” he stated. “But again it’s just the timing of everything; it’s going to be the first fight on Fight Island, three title fights on this card; this is going to be absolutely huge.

“We still don’t have many sports happening right now, so I’m glad even though it’s a short-notice fight, that I’m over there and going to be doing my thing.”

Although keeping the focus on his upcoming bout against Holloway at the moment, Volkanovski addressed a possible matchup with Olympic gold medalist and UFC two division world champion Henry Cejudo. ‘Triple C’ — who retired after beating Dominick Cruz in his first bantamweight title defence at UFC 249 last month — publicly discussed the possibility of taking a stab at the featherweight strap.

Volkanovski recognises Cejudo’s achievements in combat sports but remains convinced that his own skills will be sufficient to beat ‘The Messenger’ in a potential bout.

“At the start of it when he was still bantamweight champion and was calling me out, I didn’t really care too much about it,” declared Volkanovski. “But then you hear that he is retiring and vacating his belt, and then he’s saying that he wants to be in featherweight; I look at him as a featherweight contender now — he’s no longer in the bantamweight picture.

“So if that fight was offered to me I’d be happy to put him straight back into retirement. Again he’s done some great things, so to say he doesn’t deserve a title shot in that division would be pretty rude. But we’re just a whole different beast in this division and I’ll let him know that real quick.”

Volkanovski expressed the intensity of his preparations ahead of July 11th and assured that he is ready to put on a display of high-level mixed martial arts.

“We’ve got the same schedule as we do every camp, which means we’re busting our ass,” he stated. “But I’ll be doing everything I can here and then we’ll fly out a week before, I can’t really go any earlier than that because each day is crucial here [in Australia] and I want to finish my camp solidly. I don’t want to go over there early and miss out on a few sessions.

“So the four weeks that I’ve got to prepare still, just busting my ass on the schedule that we always do; then head over to there to Fight Island and put on a show.”

Do you think Alex Volkanovski will finish Max Holloway in their rematch at UFC 251?