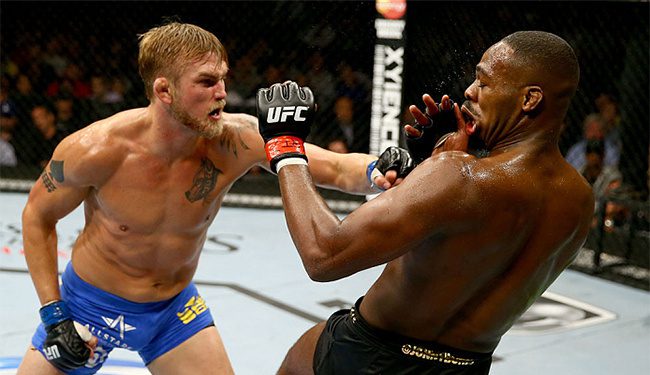 Here we go again. Leading up to UFC 232, Alexander Gustafsson had to tune out the myriad of questions and accusations levied against Jon Jones. The current UFC Light Heavyweight Champion had tested positive, again, forcing UFC to shift an entire pay-per-view to a different state in just under a week’s notice!

The fans and the fighters weren’t thrilled with the change to say the least. However, Gustafsson went ahead with the fight, eventually getting stopped by ‘Bones’. However, the latest revelation of Jones still having banned substance in his system on the day of the weigh-ins has once again opened a can of worms.

This time however, Gustafsson’s team has something to say about the situation. Gustafsson’s manager sent the following statement to MMA Fighting, about Jon Jones testing positive.

“The inconclusive and inconsistent results that are repeatedly occurring with Jon Jones, at the very least, should compel our industry to have a greater, deeper, and more impartial discussion about the legitimacy of Jon’s defense. Jon has gone out publicly boasting when some of his results come back negative. However, he remains silent when his test results come back positive. You can not have it both ways and cherry-pick the results that are favorable for you, and insist that we disregard the results that go against your interests.

“Jon has essentially received a use exemption on a strict liability violation. The science is not certain on the defense he has taken. Furthermore, science is always in a state of change. So the science we rely on today is different than the science we relied on from just a few years ago. It will probably change again going forward. Jones is also creating a precedent that will go beyond his personal interests in the sense that now other fighters will also seek use exemptions on a strict liability violation based on an issue that the science community is still divided on. It’s an absolute mess.”