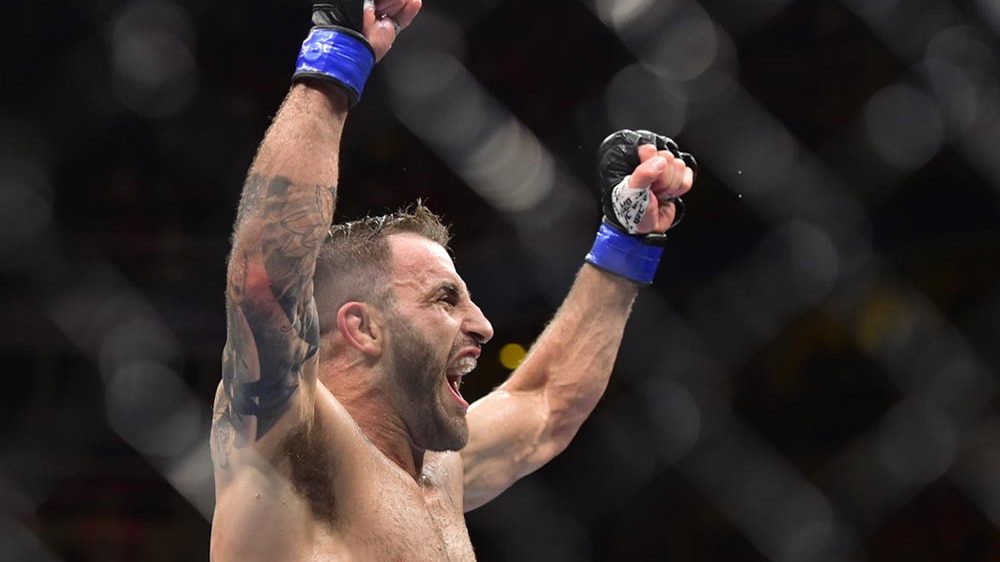 Many believed that Alexander Volkanovski would fight Max Holloway after he defeated Jose Aldo in Brazil. At UFC 240, he also made the long trip from Australia to stand-in as a back-up. However, both Holloway and Edgar made weight, and fought in the main event. Max was successful in defending his title for the third time, and one believes that his next test would be against Volkanovski.

However, when asked after the fight about the Australian, Max Holloway didn’t commit to anything. Instead, the Hawaii native said that he first wanted to heal his body and mind. With the deaths of two boxers still fresh in the minds of combat sports athletes, fighters are now understanding the importance of being careful.

While Holloway maintained a “let’s see how it goes” approach, Alexander Volkanovski recently revealed that he can dethrone the featherweight champion.

“I actually thought that was a really close,” Volkanovski told MMA Fighting following UFC 240 on pay-per-view telecast. “Sitting on the sidelines there, I thought it was a bit closer than what the judges scored, 50-45. I thought Frankie might have won some rounds. Definitely competitive I thought.

“There was a lot of things that I thought would happen. I knew Frankie would be able to handle the pace when Max really wanted to pour it on. He always had that instinct to shoot, to slow it down and make Max hesitate. Max really worked his jab really well and still really good on his distance. It was a good fight. I enjoyed it.”

The Aussie, who had a front row seat to watch the main event, said that the fight only strengthened his belief that he could defeat Max Holloway.

“I’m actually comfortable a little bit out of range as well. I like to pick my times when to come in,” Volkanovski explained. “I’m very comfortable in the pocket as well. He likes to really pour it on and you’ve seen when he’s really in your face, really trying to suffocate you, and give you that claustrophobic feeling but Frankie didn’t really crumble there and I know I won’t and I know I can handle that pace and I know I’m very powerful.

“So if you want to come at me with that sort of game plan, I feel I’m pretty explosive and powerful. I feel I can do a lot more damage and again, I’ve got my wrestling background. Max is a true champion. I enjoy watching him fight but I want to get that fight. I want it.”

Going 7-0 in the promotion, and on the back of wins against Chad Mendes and Jose Aldo, one would be foolish to count out Volkanovski.

“Knockout power and I believe that I’m comfortable out of range as well,” Volkanovski revealed when asked what separates him from Holloway in a potential fight. “I feel Frankie really loves coming forward and just being in the pocket and staying there, which he started getting hit with a jab a few times where I’m more than happy to be outside the range, work my way in, stay in, work my angles, work the takedowns, keep him guessing.

“I just want to work my game and I believe I can do that.”