Ali Abdelaziz And Tony Ferguson Come To Blows On Twitter 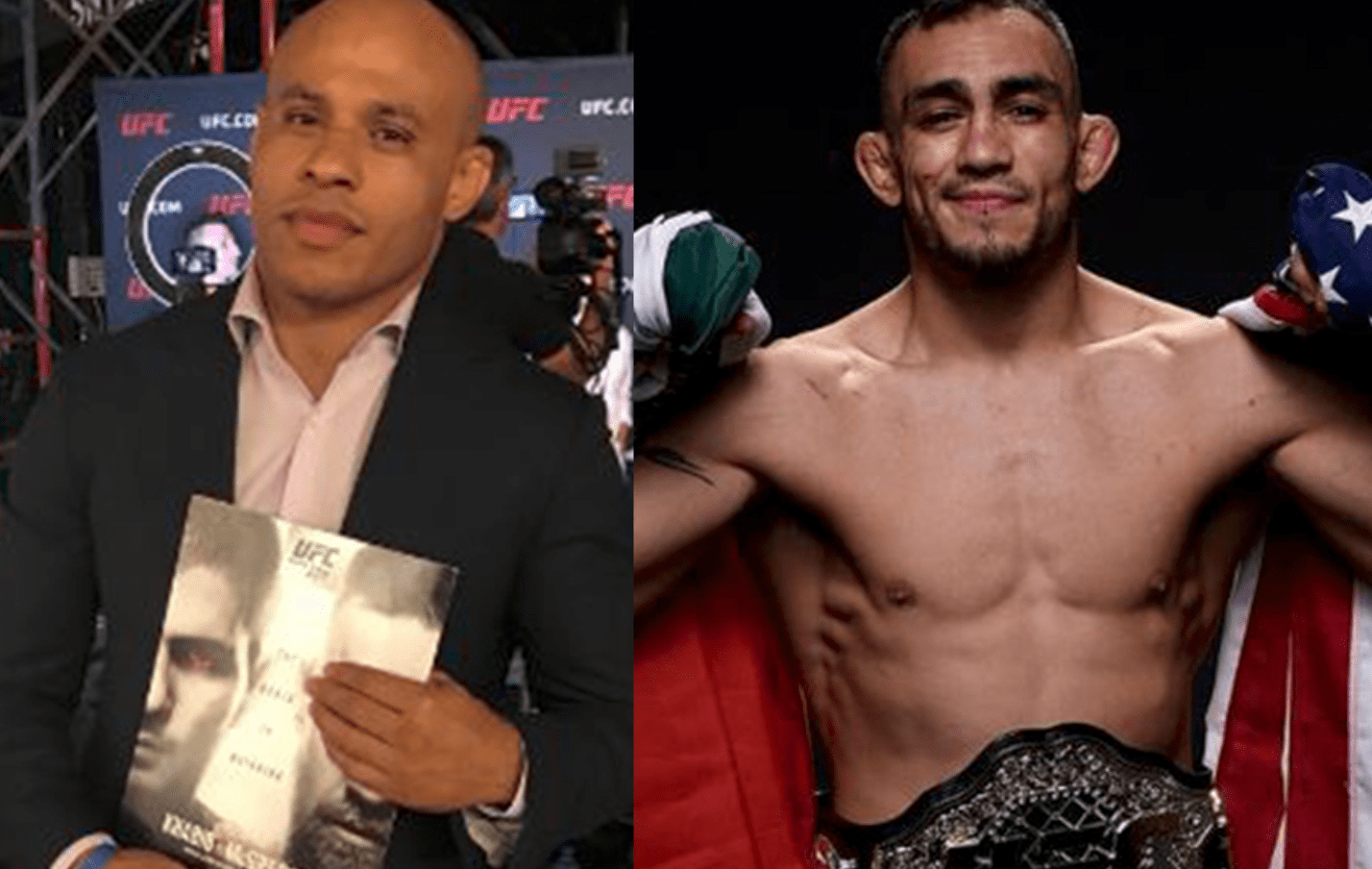 Ali Abdelaziz, the manager of several UFC fighters including Khabib Nurmagomedov, Kamaru Usman and Frankie Edgar, is no stranger to having conflicts with other fighters. And one fighter he’s had an interesting relationship with is UFC lightweight contender, Tony Ferguson.

And now, over the last few hours, the two have been going at it on Twitter. Ferguson appeared to tweet Abdelaziz first, telling him to not talk about his kids.

This was via a comment to Abdelaziz commenting on a post by MMA Fighting about Conor McGregor not being willing to fight (‘Cowboy’ Cerrone) in a co-main event. Although Abdelaziz’s comment had nothing to do with Ferguson or his kids, it does imply that Ferguson was referring to a different incident.

This promoted Abdelaziz to respond with a suggestion that Tony moves down to featherweight and fight Frankie Edgar. Although he didn’t directly address Ferguson’s remarks about talking about his kids.

Abdelaziz then replied to the Twitter user @j_ram2, accusing ‘El Cuccuy’ of turning down the Max Holloway fight on Conor McGregor’s orders.

This led to a few more messages back and forth between the two.

As of yet, Ferguson hasn’t responded to Abdelaziz’s last message.

The exchange of words between the two, follows reports that Ferguson didn’t take the Holloway fight for personal issues. UFC President Dana White made the statement in response to a disgruntled fan on social media, after the fan had asked why Ferguson didn’t have a fight booked. (Screenshot from Bloody Elbow)

Jeff Sherwood, founder of Sherdog.com and co-host of MMA Outsiders podcast, also posted as much a few days ago.

Ferguson himself, also tweeted this a couple of days ago.

Nothing more is known at the moment, involving Ferguson or his children. Or what this has to do with Abdelaziz. We do hope that Tony’s kids are safe and well though.

We will keep you updated with any developments in regard to this story.