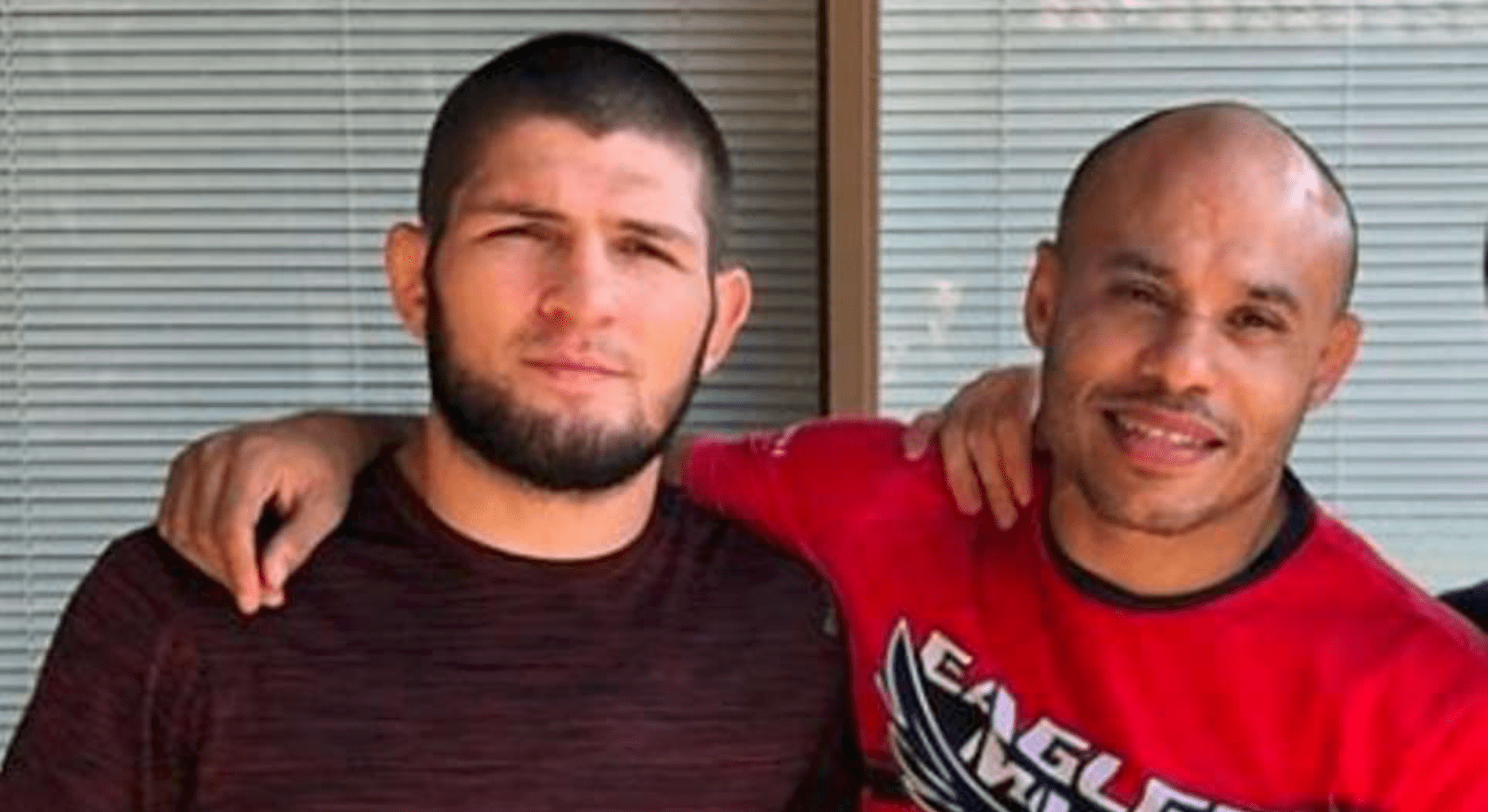 UFC legend Georges St-Pierre, has stated on several occasions that he would consider coming out of the retirement for a fight against Khabib Nurmagomedov. But, in a recent interview GSP said he didn’t believe the UFC wanted to risk booking the fight. The former UFC welterweight and middleweight champion believes that the promotion would have too much to lose in the case that he defeated their unbeaten lightweight star.

Speaking to ESPN however (as transcribed by the South China Morning Post), Khabib’s manager Ali Abdelaziz, claimed that he could make the fight happen.

“He’s the greatest fighter of all time. And he’s a very good friend of mine, I love Georges,” he said. “Khabib is my brother, I’m very close with him. If Georges St-Pierre wanted to fight, it’s very simple: we can make this happen.”

He compared this situation with the one in 2017, when GSP fought Michael Bisping for the middleweight title. According to Abdelaziz, that was made possible due to his personal efforts in spite of the UFC not initially being on board with the idea.

“You don’t think I can make this fight?” he asked rethorically. “In 2017, Georges St-Pierre wanted to fight Michael Bisping for the middleweight title. Dana White didn’t believe him, and I got involved as a friend. I had to convince [UFC matchmaker] Sean Shelby to convince Dana to meet Georges.

“Georges flew to Las Vegas,” he continued. “I didn’t manage him, I was helping him as a friend. He had dinner with me, Sean Shelby, and Dana. Dana was like, ‘This guy don’t wanna fight’, but then 30 minutes into the conversation, Georges went to the bathroom. Dana said, ‘He’s out of his mind, he’s crazy’. Georges is out of his mind, he’s a little bit nutty. Georges started getting up, shouting, walking around the table and just got very emotional. He always have a chip on his shoulder, it’s real. Dana see the reality.”

Abdelaziz confidently laid out a few simple steps for GSP to follow, if he wants to fight Khabib, and the rest would be up to him.

“If Georges wants this fight to really happen, he has to do three things: pick up the phone and call me, he can call Dana directly,” Abdelaziz said. “Dana White respects Georges St-Pierre, he likes him a lot. Dana White doesn’t like too many people. Then [St-Pierre] have to make 155 pounds, and he have to communicate.

“He have a good team, but he always can call me. Everybody can ask what happened in 2017. I communicate people, that’s it. But all the time talk about Georges wanna fight this guy – hey, send a location, like Khabib said. Send a phone number, we can make it happen.”

Although Abdelaziz respects other lightweight contenders that are first in line for a title shot, namely Justin Gaethje and Tony Ferguson, he would put GSP in front of Conor McGregor.

“Georges is not a guy who wants to disrespect other people. People talk every couple month about Georges St-Pierre but I respect Justin. I respect Tony. I’ll put Georges before Conor every day of the week, but I’m not gonna put Georges before Justin Gaethje, before Tony Ferguson, because this is a deserving guy.

“Right now it’s about Justin Gaethje fighting Tony Ferguson, and knocking his head clean off. People said Tony Ferguson and [Khabib] is a curse. Guess what? May 9th, the spell on the fight is gonna be dissolved, because I believe Justin Gaethje is gonna put him to sleep. And now we won’t want to talk about Tony any more. That’s it.”

Would you like to see the fight between Georges St-Pierre and Khabib Nurmagomedov in the future?