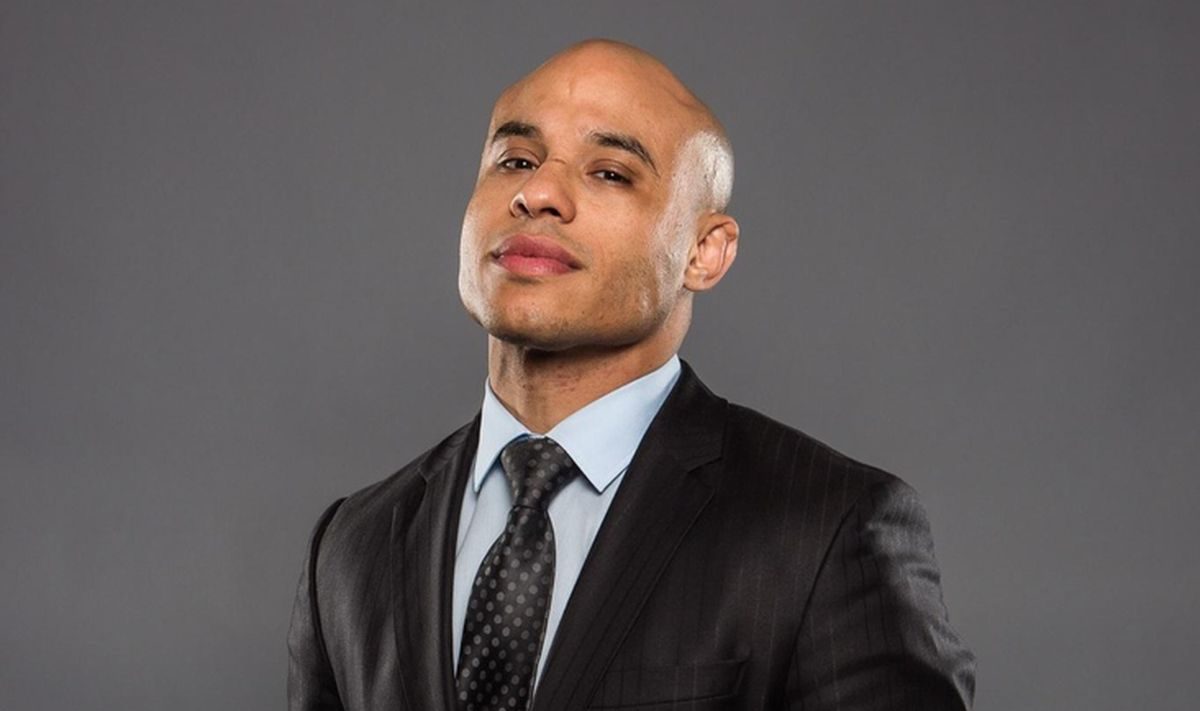 Over the holiday season, Ali Abdelaziz sat down and discussed what’s next for many of his fighters with MMA Fighting. Here’s what he had to say:

“So [we want] the biggest money fight he can make. Boxing, MMA, whatever. I love Tony Ferguson— he’s not that, I can tell you that. One-hundred percent, Tony Ferguson is not the next fight, because Tony Ferguson — I need somebody who can sell pay-per-views. At the end of the day, it will be the exact same situation. Khabib was supposed to fight Eddie Alvarez, remember that? When he got taken out [in place of Conor McGregor], we understood it because Conor’s going to bring pay-per-views. We need people who can help us sell pay-per-views, and that’s it.”

Is that person GSP: “Georges can come back, but he has to straighten it out with Dana White. Last time, the reason he was [able to squash things with White] last time, I got him and Dana White to meet in Las Vegas. Nobody knows about this. I got both of them sitting in a room and we had dinner at the Aria hotel in Las Vegas, and we flew on Dana’s private plane and he met with Ari Emanuel. This is the only reason Georges St-Pierre fought before, because I was involved, and I did it as a friend because Georges is my friend. But now I can’t stick my neck out for Georges anymore because he’s trying to fight Khabib.”

Timetable for his return: “I really don’t know. I can’t say that.”

Is Usman’s next fight for a title: “Dana White can say whatever he wants, but when you put on good fights, he gives you the credit. And after [Usman’s] fight, he was blown away by his performance against (Rafael) dos Anjos, and he said, ‘Regardless, you are fighting next for the title.’ And I know Dana White gives a lot of title shots out in the past and takes them back, but I believe this one. They established a relationship and I think there’s [grown to be] trust between both of them, and I believe Dana and Sean Shelby and these guys, they’re going to keep their word. We’ve signed a bout agreement. You saw Dana the other day, he said, ‘Usman is fighting for the title regardless, with (Tyron) Woodley or without Woodley.’

“I believe it should be Woodley. I think Tyron is a great champion. He’s the most underrated champion in UFC history, and I think Usman’s going to fight him. That’s it, March 2nd (at UFC 235), they’re both fighting. Colby Covington, listen, nothing against the kid, he did alright, but he overplayed his hand. He thought he was a pay-per-view draw. There’s few people in this company who are pay-per-view draws. Maybe two guys, maybe three at best. But he overplayed his hand. Going to the White House doesn’t really gain you — it’s an honor, for sure, but it doesn’t make you a pay-per-view draw.

“He went there with Dana White talking about he has a relationship with Trump. But at the end of the day, he blew his wad now. You have two super athletes, two guys on incredible winning streaks, and Usman, he beat up a guy who choked out Colby Covington. Who deserves it? Usman did not lose a round with dos Anjos, Colby did. And realistically now, Usman is the man, he’s the talk of the hour. Right now Colby Covington is trying to talk his way in, but we already signed a contract. We’re good to go.”

Is it title shot or bust next for Edgar: “Max (Holloway) is a good champion, but Max hasn’t ever fought a wrestler like Frankie. And Frankie, as tough as he is, when he fought (Brian) Ortega he got caught with an elbow, and fair and square, Ortega got the win — but I’m telling you, Frankie is the worst matchup for Max.

“I believe if Frankie takes Max down — and he will — Max will not get up, because he tried to play guard and [play on the ground against Ortega]. Frankie will probably try to put a hole through his head. That’s what Frankie will do to him. … Frankie is the right guy for that fight. This is the fight Max should be asking for right now.”

What are the chances in your mind that you guys get that fight next: “99.9 percent, Frankie gets that title shot. They owe him. The UFC owes him, Max owes him. Who’s a bigger name up there at 145 pounds right now who can fight outside of (Jose) Aldo, because Max fought Aldo already? Aldo is before Frankie because Aldo beat Frankie. But if you look, Chad Mendes, Frankie knocked him out, right? Moicano, Moicano lost to Ortega. Frankie lost to Ortega too, but Frankie has a higher ranking, Frankie is a former champ, and Frankie is a much bigger fight. You’d rather fight Frankie Edgar than Moicano, and Moicano has a fight. Who’s left? Frankie’s left.”

What happened to the Anthony Pettisbooking: “I don’t know, man. I think it was short notice. Anthony Pettis, I think, is going to be out for a long time. But I don’t think that’s the right fight. You have to earn to fight Justin Gaethje, this is my opinion. You have to earn to fight Justin Gaethje. You can’t just come in off losses, especially [with Gaethje] coming of a win. Listen, he was scheduled to fight Al Iaquinta — Al didn’t show up. And I have no problem with Al, but I feel like Al owes Justin, and this is the right fight to do. This is my opinion, because how do you not show up for a fight, you very much screw everybody, and then after that you get a bigger fight than [the guy who showed up]? This is my opinion.”

When is Gaethje ready to get back in there: “Whenever the right opponent comes.”

After being suspended for two years, whats next for him: “Fabricio Werdum’s next fight is probably going to be in Russia. USADA needs to do what they need to do. Fabricio has a family, he has children, he has kids — he’s gotta do what he’s gotta do, because USADA, that’s a broken system. At the end of the day, I know the UFC is with USADA, but I believe USADA is now hurting the UFC. They’re not helping.”

So Werdum has fought his last fight with the UFC: “I think Fabricio’s done. You’ll never see him in the UFC again. … They need to do what they need to do, but at the end of the day, Fabricio has to do whatever he needs to do for his family. I know Dana’s tough, but these guys have hearts. They understand this is his only source of income. Now Fabricio’s 41. After his suspension ends and he comes back, he’ll be 43. What is he going to do? If they open a senior league, we’ll wait. But Fabricio Werdum did not cheat, you understand? How stupid are you to cheat at 41 years old? You’d have to be. I don’t think Frank Mir cheated. I don’t think Tom Lawlorcheater. I think those guys just got caught for something like Jon Jones did, and Jon Jones keeps getting slaps on the wrist.

“I’m not hating on him, but you don’t need USADA. USADA is fake, they’re a fraud. Some guys like [Zubaira Tukhugov], tainted supplement, two years. Other guys, six months. How is that possible? They don’t treat everyone equally. … I think Fabricio will be fighting in Russia (next), to be honest with you. I need the UFC’s blessing for this. I want their blessing.”

After missing all of 2018, when can we expect to see him next: “We’re probably going to see Joe Duffy around maybe March 9th or March 30th. I’m talking to Sean Shelby right now, the matchmaker, trying to get him booked back. I had the pleasure of talking to him in Vegas. … He’s so talented but he’s been out for a long time, and he’s gotta come back and make a splash. He’s hungry, man. He’s hungry to get in there.”

After a tough year, what’s next for him: “Listen, I want to give a shoutout to Sean (Shelby). They were cutting all the [flyweights] coming off losses, and I talked to Sean Shelby and he understands the situation, and he’s going to give Ray a shot at bantamweight. … He’s a tough nut to crack, man. He’s a tough fighter at any weight. It doesn’t matter who, he’s a tough guy for anybody. Ray Borg, he’s young, I think he’ll be just fine at 135.”

How is the situation with his son: “You know what, man? It’s never okay with him because he doesn’t know what’s going to happen with his son the next day. It’s never okay, but we understand it’s not a normal situation. It’s a really tough situation. I try to be by his side as much as I can, but it’s hard. I can’t imagine being him, but he’s a strong, strong, strong man, and his little son is strong and healthy, and he’s gone through his five surgeries in not even six or seven months here, but he’ll be fine. He’ll be fine. But I wish everybody out there would give him more support and cheer him up. We have to stick together and help each other out. It doesn’t matter if you’re my opponent or I hate you, you hate me, but I believe we’re all one community, and if somebody goes down, we have to help each other out.”

It’s been a long time since we’ve seen him, how is Cody doing: “Cody’s so good about being a great father. You see the guy on Instagram, he’s living his life with his kid and he’s doing fatherhood, and I love it. Sometimes you need some time off in this sport, and he’s been fighting back-to-back, back-to-back, back-to-back. He just needs to be focused on being a father and I support him 100 percent. I love this kid, I’m behind him more than ever, and I believe he’ll be back on top.”

Is there any update you can give on him and his legal situation: “At the end of the day, sometime you’re in the wrong place at the wrong time. But everybody who knows this kid, they know what kind of person he is. I can’t comment too much on his situation, but God bless him, I wish nothing but the best for him. I have his back. I believe he’s 100 percent innocent and the truth will come out.”

What is the plan if Dillashaw is unable to make flyweight: “I don’t think T.J.’s going to make weight. And if he misses weight by .1 pounds, Joseph Benavidez is going to fight [Cejudo for the title]. We’re going to give Joseph a shot. One-hundred percent, if he does not make weight, Joseph Benavidez is getting a title shot. Because I personally don’t think he’ll make it. If he makes it, he’s going to be weak, fragile, and he’s going to have a long, long night with the champ. It’ll be a long night for T.J. He’s a good fighter, but he can’t fight at the pace Henry’s going fight him at 125. He doesn’t have the speed to fight Henry.”