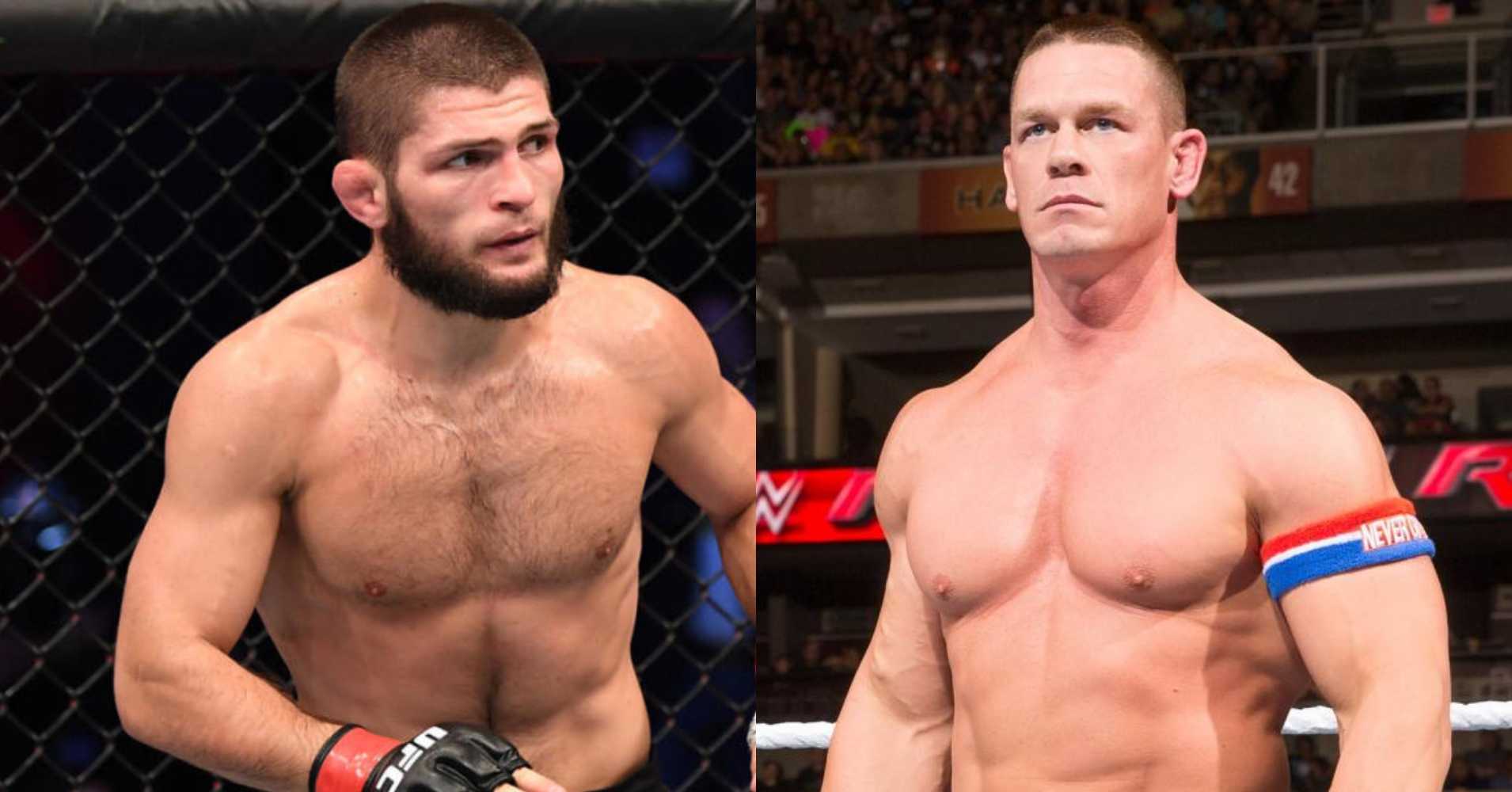 Khabib Nurmagomedov’s manager Ali Abdelaziz has been singing the praises of his client. The Dominance MMA CEO has said that the 32 year old would smash WWE superstar John Cena in a wrestling contest, and is already one of the best coaches he’s ever seen.

Khabib retired from MMA after successfully defending his lightweight title against Justin Gaethje last October at UFC 254. The Russian has since been investing more time in coaching. In his most recent assignment, he cornered his cousin Usman Nurmagomedov to a win over Mikel Hamel in his promotional debut at Bellator 256.

Since hanging up his gloves, Khabib has split his time between many new projects. But perhaps the venture he’s most passionate about is his role as a coach. Speaking to TMZ Sports (as transcribed by BJPenn.com), Abdelaziz described the Russian as an ‘unbelievable coach’.

“He’s a great coach naturally. He’s a very disciplined human being. And of course having Javier Mendez there to help him [at American Kickboxing Academy], of course, he’s the head coach. Khabib is never going to take this away from him out of respect.

“But realistically, he’s just a disciplined human being. When you have this kind of discipline, the guy is worth so much money and he’s still going to a Bellator event and a UFC event and stays at a $50 dollar hotel at night. He’s got no ego. He loves his friends, he loves his peers, and he’s there for them. You’re going to see a lot of new generation [of fighters] coming from his team. They’re probably going to dominate the UFC or MMA in general.”

Last month, Drew McIntyre said that he would love to see Khabib star in the WWE. When asked whether he thinks the former UFC lightweight champion would consider competing in professional wrestling, Abdelaziz said that he would smash WWE superstar John Cena, or ‘any of these soft steroid freaks’.

“Let’s be real, [if] any of these soft steroid freaks wanted to go ahead and have a wrestling match with Khabib and they wanna get beat up for real, they know who they need to call,” Abdelaziz said. “He’ll go there and he’ll smash John Cena’s face. No problem.”

Do you think Khabib Nurmagomedov would smash John Cena in a wrestling match?