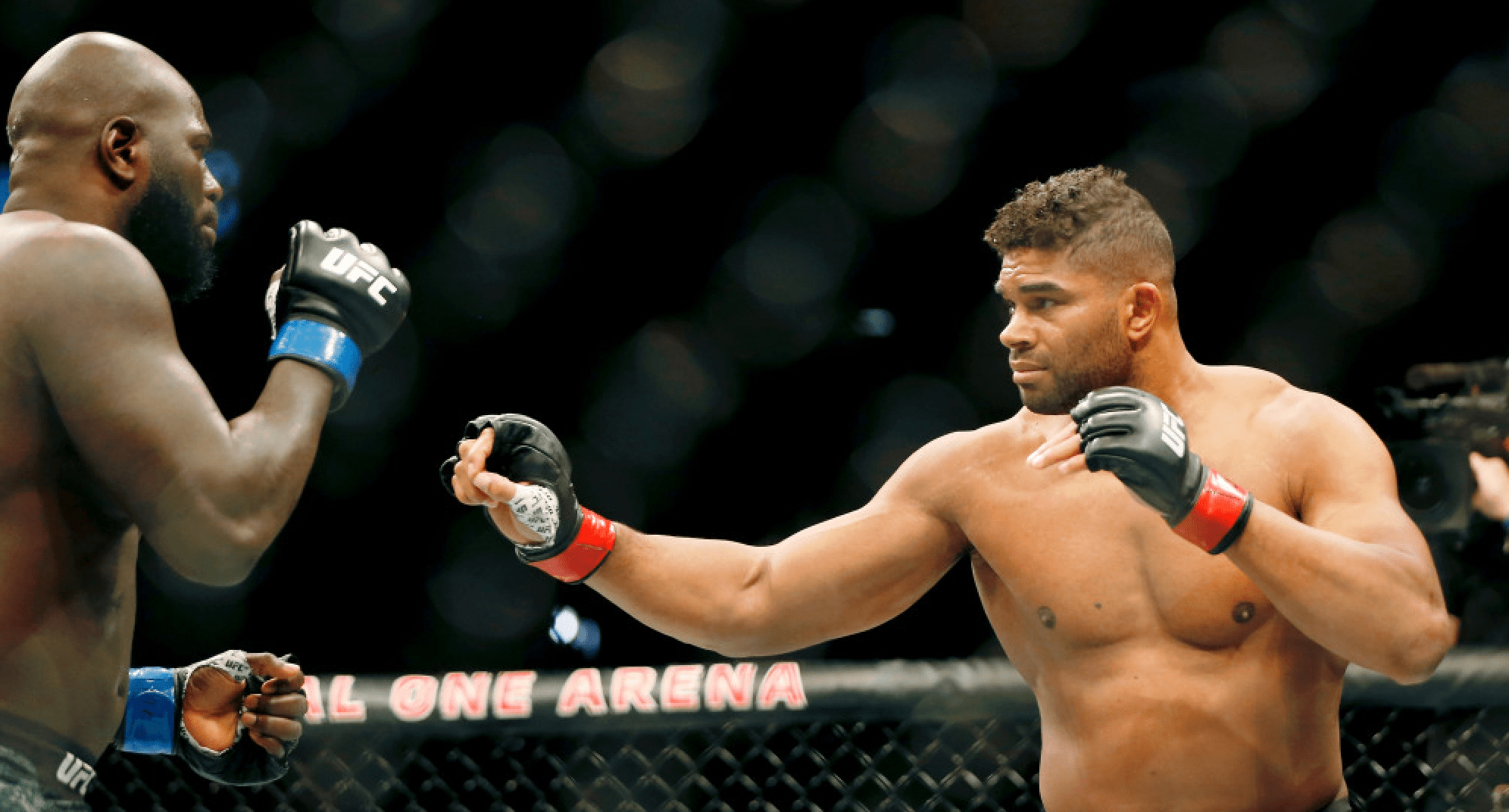 Alistair Overeem has been a professional MMA competitor for a staggering 21 years. Over his long and illustrious career, the 40-year-old has earned numerous accolades, such as the K-1 Grand Prix, and the heavyweight titles in both DREAM and Strikeforce.

Despite many hard-fought battles under his belt, Overeem remains as one of the top heavyweights on the planet; he is currently ranked as the eighth-best in the division in the UFC. After a successful outing against Walt Harris at UFC Florida, ‘The Demolition Man’ has positioned himself within reach of another title fight.

The only objective that remains elusive to the Dutch fighter seems to be the UFC heavyweight championship, which escaped his grasp after suffering a first-round loss to Stipe Miocic at UFC 203 almost four years ago.

Overeem spoke to MMA Junkie about how he looks back at his career, as well as what he expects to accomplish before retiring.

“I am very satisfied being very dedicated all my career,” Overeem said. “That really gives me all the confidence. The UFC title would be the crown on that career, but I don’t know. My career has so many beautiful moments. Even the last victory was a beautiful moment. I mean, for Walt it was a little bit less nice. Even for him, I think it was – he got back in the Octagon, he had a good performance, he got very close to victory and, yeah, I don’t know, just keep fighting.

“I love fighting, I love training, I love preparing for fights. I guess I’m good at it after doing it for 27 years so, yeah, just keep doing what I’m doing.”

‘The Reem’ still targets a rematch with Jairzinho Rozenstruik, against whom he lost by stoppage at UFC Washington. This loss can be labeled as an asterisk on Overeem’s record, as the knockout took place with only four seconds left in the fight, after ‘The Demolition Man’ had dominated all five rounds. Nonetheless, the Surinamese has been scheduled to face Junior dos Santos at UFC 252 on August 15th, and won’t be available for a rematch anytime soon.

Without any obvious potential opponents at the moment, Overeem states that he is in no hurry to get back inside the Octagon. The veteran remains comfortable waiting to see how the division evolves in the next few months.

“We’ll see what happens,” Overeem said. “I’m not really hunting; it is what it is. I’m still chilling, I’m still recovering. I just restarted training, and it will all become apparent in time. I’m not really leaning towards anybody or anything right now.

“I do want to run it back with him (Rozenstruik). I’m a little surprised we’re not running it back right now but again, it is what it is. UFC, they ultimately decide the matchups so, yeah, it’s definitely a fight that I’m looking for, but we’ll see. I’m not hunting anything. It will either happen or it won’t, and if it won’t, it’s fine.”

Overeem is targeting a top-five opponent for his next contest but maintains his patience during these uncertain times in the division.

The objective however, is still the same: fighting for the title before his career ends.

“No opponent, top five would be nice, but one fight at a time,” Overeem said. “It will slowly move me one step towards the title. If the Rozenstruik robbery did not happen then it would have been four wins and then technically speaking, there could be an interim title fight happening now, but the Rozenstruik debacle happened. So realistically speaking, I’m thinking another one win, maybe two and then we’re right where we were: title shot.”

With everything Overeem has already accomplished, a UFC title would be the cherry on the cake for one of the most decorated careers in mixed martial arts history. With or without a UFC belt, it is hard not to label the veteran as an all-time great of the sport.

Who would you like Alistair Overeem to fight before his retirement?