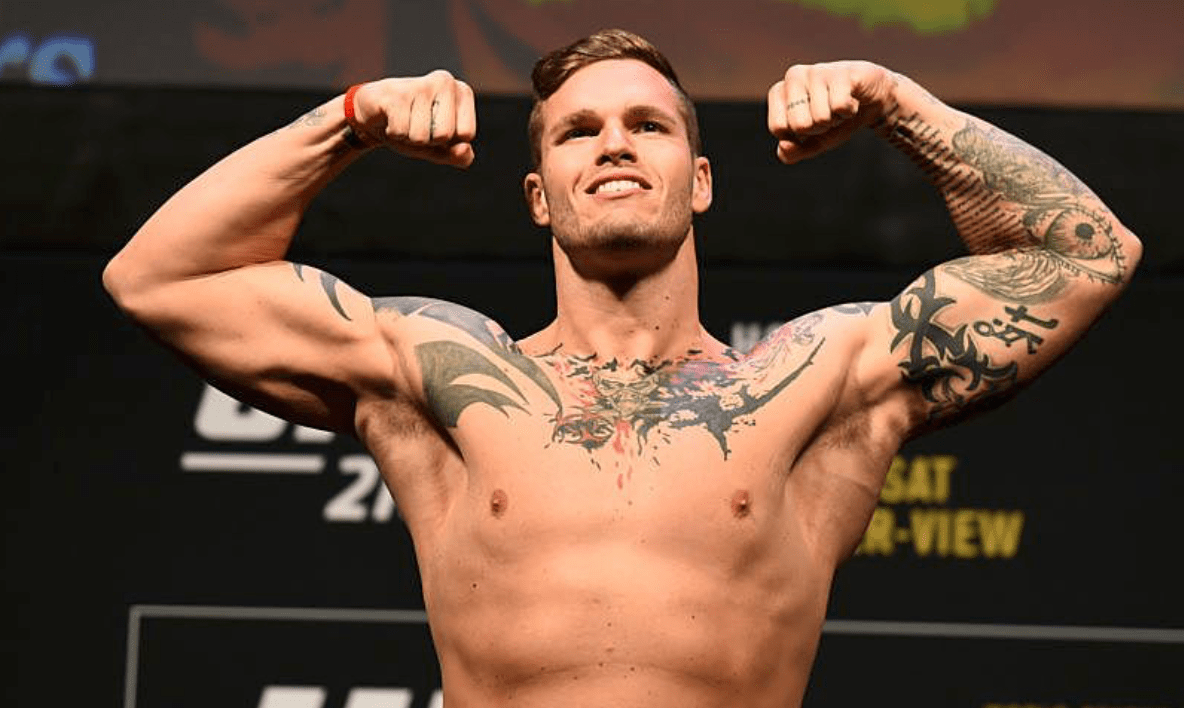 One of the big stories to come out of UFC Brooklyn, was the illegal knee that resulted in Greg Hardy being disqualified in his UFC debut, against Allen Crowder.

The MMA world has been decided since, on whether the former NFL player deliberately cheated. For what it’s worth, I don’t believe he did internally. Hardy appears to be on a mission to amend his reputation that follows him and knew the whole world was watching. Is it really possible to win, via cheating in that fashion, with cameras at every angle?

And it would appear that his opponent on the night agrees that he didn’t intentionally cheat. Crowder told Luke Thomas on The MMA Hour that he believed the illegal knee was down to inexperience.

“I don’t think he was looking for a way out. I think it’s more inexperience. He’s not been doing this very long. He stepped out to the side. I believe in his mind he thought … I know he knew he’s not allowed to throw that knee with me on the ground. But I think heated up in the heat of the moment, he just forgot for a split second and threw that knee trying to get that finish. He just made a mistake. Another mistake of many mistakes that he makes. But I don’t feel like he was trying to cop out of the fight. He’s a tough dude. I think it was just an inexperience kind of thing.

“It more stunned me than anything. I fell back to my back and I knew that he wasn’t allowed to do that. So I was like, alright, I’m gonna take a second, I’m gonna get back up, we’ll be good to go. Then the doctors start running in there and they immediately stop the fight and whatnot.

Crowder felt like Hardy was slowing down in the second round, which is when he started to trash talk him.

“Honestly, I was kind of hyped up in the moment, you know what I mean? I was basically just talking a lot of trash. The words I was saying I don’t really want to repeat. But basically I knew his punches were slow now, I knew they didn’t have the power they did before. I was trying to get him to throw. I wanted to counter and take him to the ground or counter and catch him with a big left hand.”

Crowder, who now has a 10-3-1 record in MMA, gave his honest assessment of Hardy’s abilities in the cage.

“Definitely, he needs to work on his ground game. He ended up using the cage, pushing me off. I made a few mistakes, too. I had a little ring rust. There was a lot of little things going back and looking, I should have done this, should have done this. I could have ended the fight there. That’s just part of the game, I guess.

“I wanted to show he wasn’t ready for the UFC yet. I feel like I’ve done that, I feel like I showed he wasn’t experienced. I showed that he still has work to do on the ground. He’s a strong guy, he got backup. Most people, when I get them on the ground they don’t get back up.”