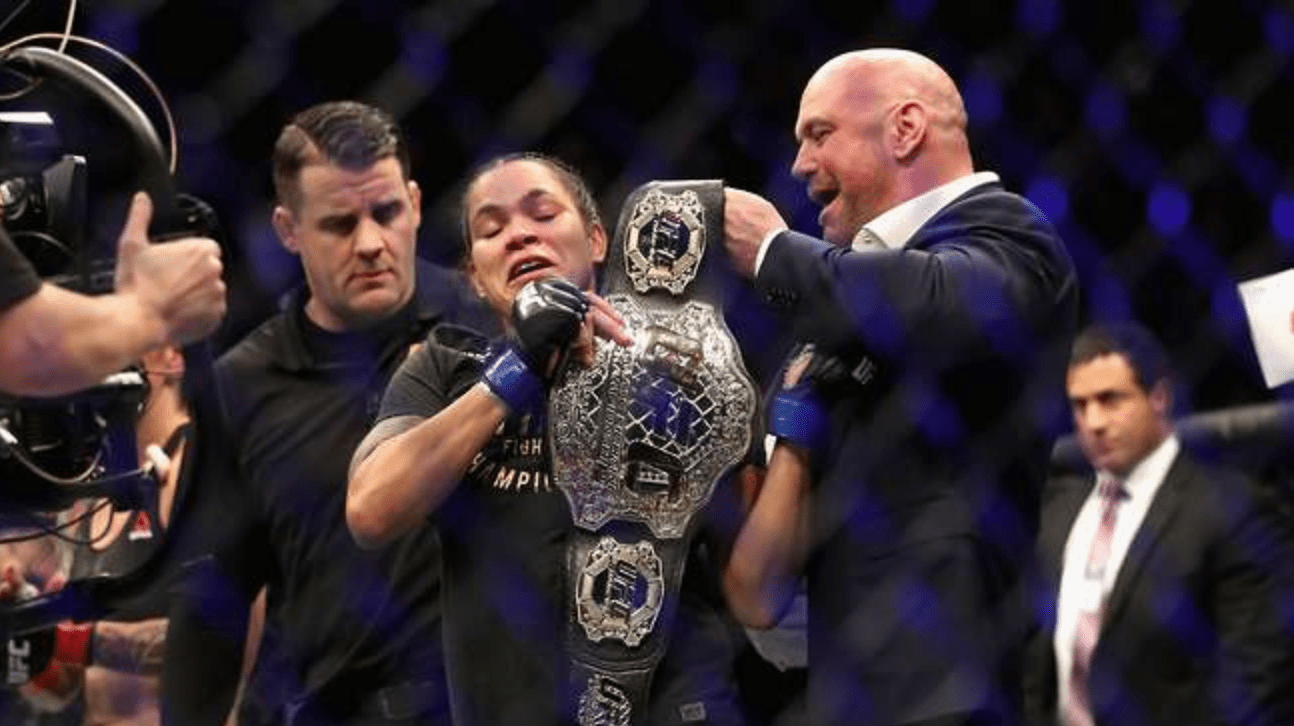 Amanda Nunes has added her name to a growing list of UFC fighters who are considering retirement this year. ‘The Lioness’ destroyed Felicia Spencer’s hopes and dreams with a brutal five round beating at UFC 250 last week. Becoming the only fighter in the companies history to successfully defend two belt simultaneously.

With the birth of her daughter just around the corner, it is unlikely that Nunes will compete again this year. The double-champ has even teased retirment in an interview with Esporte Espetacular (transcribed by MMA Fighting).

“Ah, I don’t know, I’ve achieved everything I wanted. I’m well, I can go on with my life, maybe I [take] new step, maybe find new talents, help some girls there…maybe be a coach, too.

Nunes has considered hanging the gloves up in the past. After her victory over Cris Cyborg, she told media that a win over Holly Holm would complete her career aspirations. The 32 year old Brazilian achieved this feat at UFC 239 last summer but has remainder active since. ‘The Lioness’ has now beaten every single former UFC bantamweight and featherweight champion.

The UFC has suffered the loss of men’s double champion, Henry Cejudo, already this year. This coincided with a string of retirement threats from other top talent, such as Conor McGregor, Jon Jones and Jorge Masvidal.

Having achieved so much already, do you think we’ll see Amanda Nunes fight again?