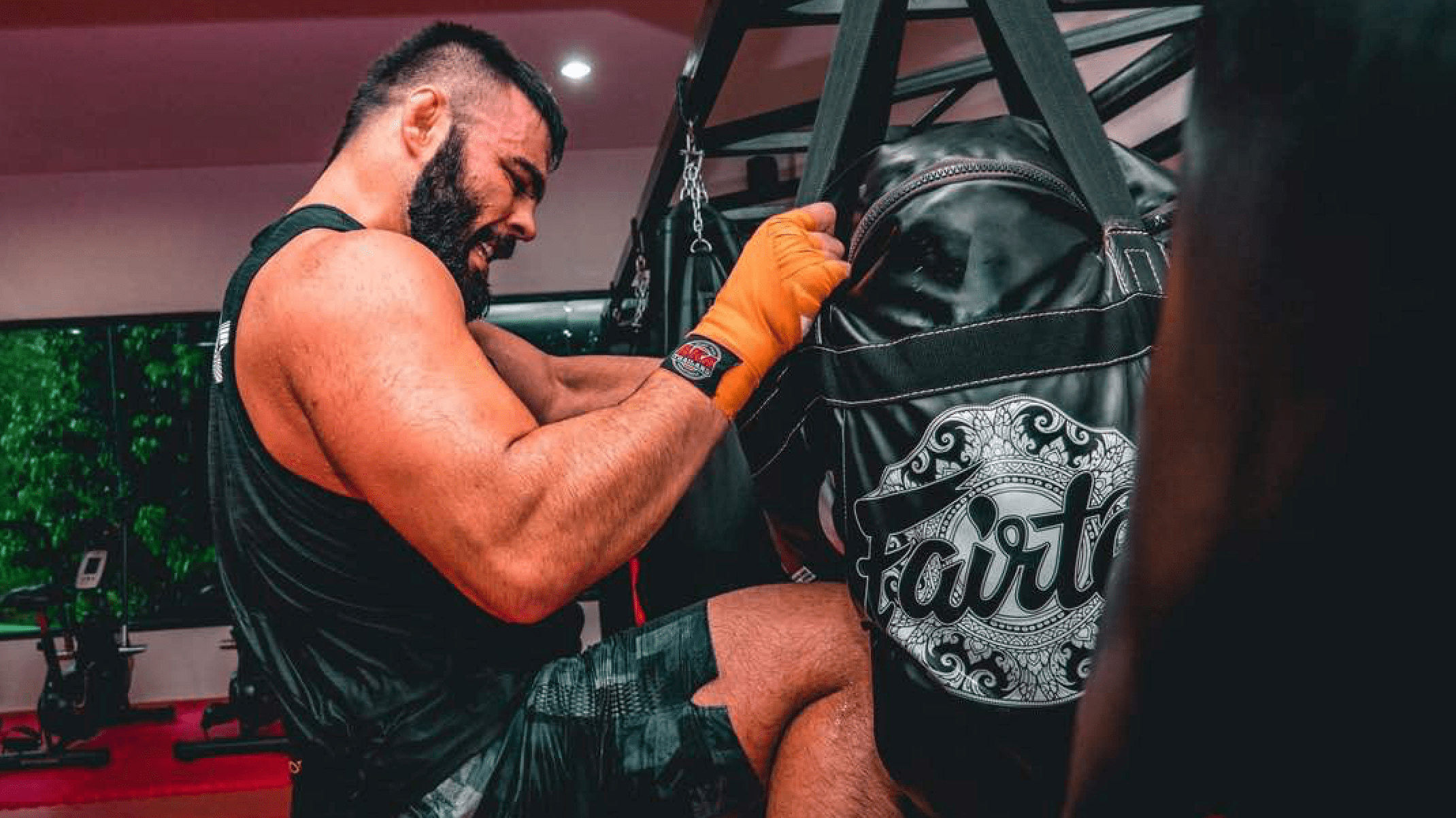 The ‘Iron Sheik’ has already set his sights on Brandon Vera and the ONE heavyweight title. Speaking exclusively to Asian Persuasion MMA, Aliakbari opened up on his decision to sign with ONE Championship.

“I like ONE Championship and they have great fighters,” Aliakbari said. “They gave me and my brothers a good offer. They signed me, my brothers and my team. It was a very good offer for me. And now it’s better.”

Aliakbari was one of four Iranian fighters ONE Championship signed recently. The others being Masoud Safari, Mehdi Barghi and Ali Fouladi. The former Greco-Roman champion believes that he and his countrymen may soon dominate the landscape in the organisation.

“Iran has very good fighters. But we are new. We don’t have backgrounds in MMA. Everybody now is ready for fighting and everybody wants big fights.”

The former Greco-Roman champion however, has considerable experience in mixed martial arts. His MMA career has predominantly taken place in Asia. He began his career in Full Metal Dojo in Thailand. Aliakbari later appeared on the big stage in Japan’s RIZIN FF, and more recently in Russia’s ACA.

“FMD was the start for me and my first fight was in FMD. It was a very good experience and they had a very good boss (Jon Nutt). It really helped me because before that, I can’t take a fight. He worked hard for me and I thank that guy.

“I have had a very nice experience fighting in Thailand and Japan. RIZIN is a very big organisation and has very good fighters. It has very good tournaments, very hard. After that, I fought in ACA, it was very nice and very good. I like everywhere. But now, good decision in ONE Championship.”

Aliakbari is 10-1 in mixed martial arts competition. His lone career loss came against MMA and kickboxing legend Mirko Cro Cop in RIZIN. At the time, he was partaking in a one-night tournament and had sustained an injury earlier in the night. Given a chance, the 32 year old would love to run it back with the Croatian.

“I had three fights in one day. I don’t have experience with fights. And I’m injured before fighting Cro Cop. He’s a very big fighter. I would like one more fight with Cro Cop. I wish one day I could fight one more time with Cro Cop.”

While Aliakbari expressed his respect for his heavyweight rivals, he’s already set his sights on the champion.

But with Vera due to make his next title defence against Indian-Canadian wrestling champion Arjan Bhullar, Aliakbari is happy to face any name the heavyweight division has to offer. Although he would happily to wait and fight for the belt.

“I just want to fight for the belt. Brandon or Arjan, no problem.”

Aliakbari is preparing to make his ONE debut at the end of the year but is ready to enter the ONE Circle any time he gets the call.

Who should Amir Aliakbari face in his ONE Championship debut?