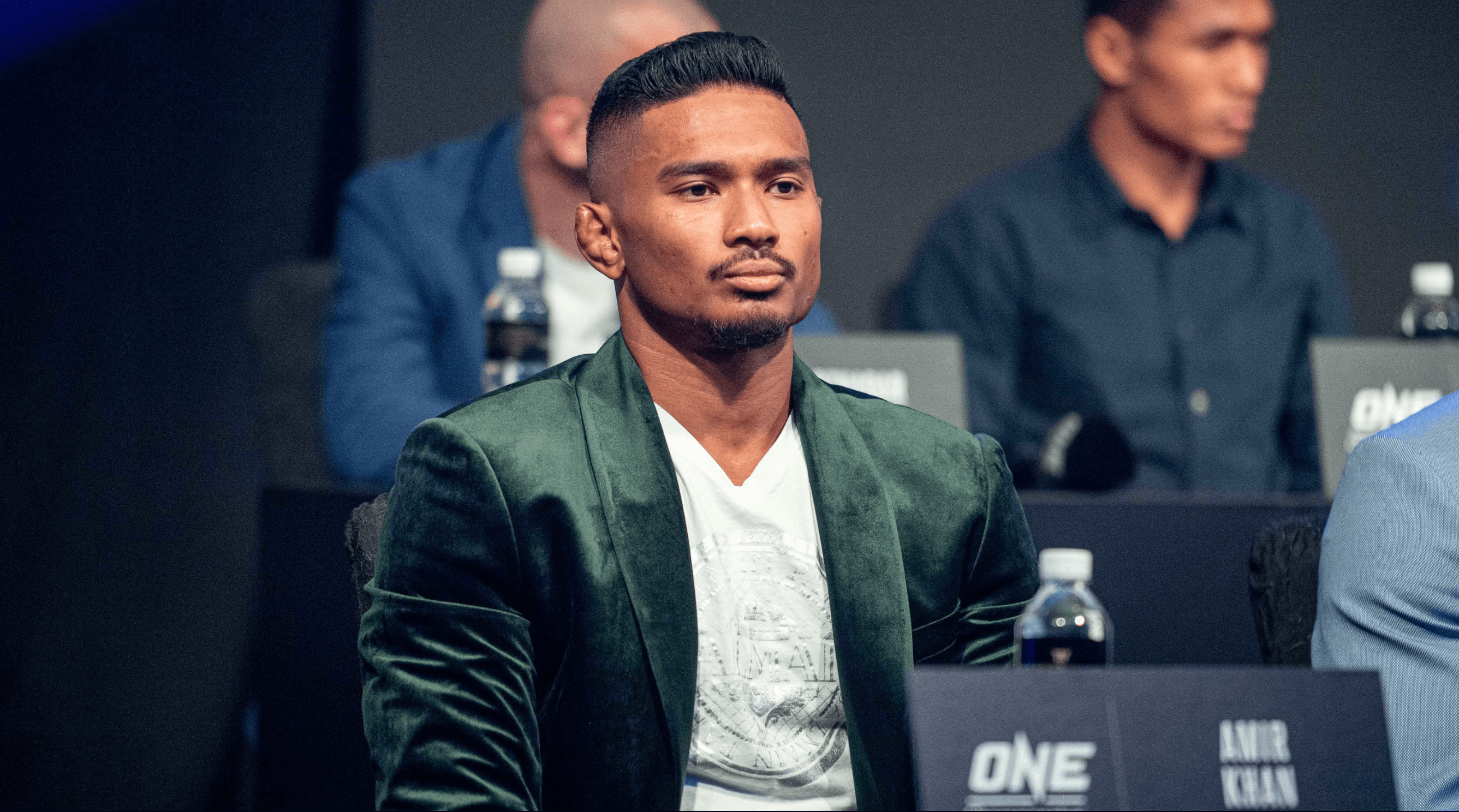 On October 9th at ONE: Reign Of Dynasties, Amir Khan will be looking to get back in the win column as he goes up against Rahul Raju. In his last five fights, the Singapore native has gone 1-4, losing to Kimihiro Eto by submission in his last fight at ONE: King Of The Jungle this past February.

Come fight night, Khan will look to secure the victory against his Singapore-based Indian opponent. Speaking to ONE Championship, the Evolve MMA representative said that he had long been expecting to face Raju.

“I wasn’t surprised because I know the fans wanted it and Raju wanted it. He called me out after his last fight. I saw he called me out in the articles,” said Khan. “I actually spoke to him when we did a shoot. I said, ‘It looks like we are going to face each other next.’ Then he agreed. So, yeah, I’m not surprised. I was kind of expecting it.”

Khan will be going into the fight with a lot on his shoulders. He hopes a win can help set him on a path towards the world title. If he wins, he will dedicate the victory to his father, who was recently diagnosed with Stage IV brain cancer.

“I want to fight with purpose. My mission is to win the [ONE Lightweight World Title] belt before my father passes,” said Khan. “But when I step into the arena, I’m just going to focus on Rahul, because by taking out Rahul, I will be closer to my mission. And if I don’t give him 100 percent attention, I won’t be able to execute.”

Known for his striking skills, Khan finds himself going up against a grappling stylist in ‘The Kerala Krusher’. The 25-year-old knows he will most likely face a new version of Raju in the ONE Circle.

“He is constantly evolving,” Khan said. “I can’t expect the old Rahul every time I see him in the cage.”

Nevertheless, Khan has predicted Raju’s approach and what his opponent will be aiming for Friday night.

“Decent grappling,” Khan said. “He tries to grind people down and make them tired. He’ll try to drag me down and try to make me tired and get the submission finish.”

“I’m Better Than Him In Every Area”

During his fight camp, Khan has made preparations for every possible circumstance he may find himself in against Raju. With all of the training, he feels that he is the superior fighter in all aspects.

“We’ve been preparing a lot for the worst-case scenario in this fight. But we’re not too worried because I’m confident that I’m better than him in every area – even the wrestling and grappling,” Khan said. “But obviously, we do not want to fight where he’s comfortable. We are focusing on trying to get a flow for me, and I know once I get in a flow, I will capitalise on that and finish him.”

Khan feels like he has identified some weaknesses in Raju’s fighting style as well, and promises that he will put up an entertaining fight, where he will make his opponent pay for his weaknesses.

“He’s not so disciplined when he exchanges,” Khan said. “And if he throws a bad shot at me, I will make sure I punish him. We want to break him. We don’t want to just to beat him, we want to beat him up.”

Going into the lightweight contest, Khan believes he has experienced something of a rebirth, and that he has finally overcome the rough patch that saw him lose four of his last five fights.

“I have a feeling this will be the turning point of my career,” said Khan. “I didn’t have a smooth run the last two-and-a-half years, but I feel this battle will truly showcase myself and my personality. You’re about to see a rebirth of me.”

Can Amir Khan get the win he needs when he faces Rahul Raju at ONE: Reign Of Dynasties?