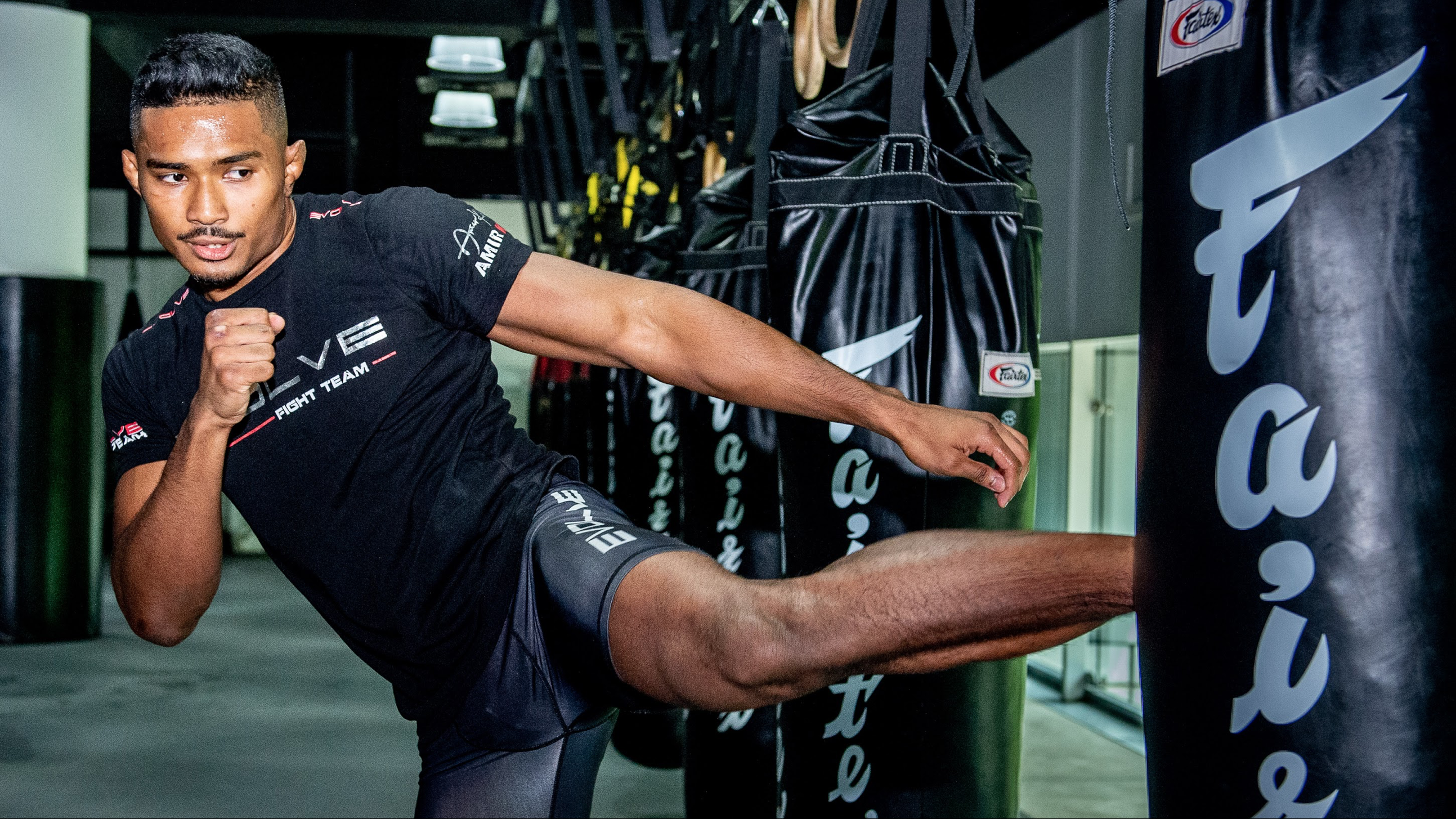 At ONE: Reign Of Dynasties on October 9th, Amir Khan will engage in a lightweight clash with Rahul Raju. He is coming off a rough patch in his career that most recently saw him lose to Kimihiro Eto by submission at ONE: King Of The Jungle this past February.

Khan will look to get back in the win column with a victory over Raju, who called him out for the fight. Speaking exclusively to Asian Persuasion MMA, the Evolve MMA representative said he didn’t take the callout personally.

“It’s just business,” said Khan. “We actually have conversations in person. I like him as a person but when it comes to the cage, it’s just business. He wants to step it up to the next level. By securing a victory against me, he will definitely progress his career to the next level. But I fully respect the challenge and I feel he’s a worthy opponent. That’s why I accepted it. And I’m ready for that challenge.”

While Khan is a formidable striking specialist, Raju has excelled as a grappling specialist. In his most recent fight, the Indian fighter secured a rear naked choke submission victory over Furqan Cheema at ONE: Edge Of Greatness last November. The Singapore native has plenty of respect for his opponent’s wide array of skills however, be it striking or grappling.

“I feel he’s a well-rounded opponent,” Khan said. “He’s well-versed in striking, wrestling, grappling. He has a lot of heart. I saw his fight against [Honorio] Banario. He fought on one-week notice and he had a close fight and he just lost a decision.

“He’s constantly improving his skillset. I’m confident for this fight but I can’t be overconfident and I do not underestimate him.”

Khan wouldn’t simply label his fight with Raju as a “striker versus grappler” stylistic matchup, as he feels that both he and his opponent are versatile fighters in their own right.

“I feel we are both well-rounded,” said Khan. “I have submission wins, I have TKO wins. Just most of my fights I won by TKO. But he has submission wins. So I don’t think it’s striker vs. grappler. It’s just two combat athletes fighting. And you never know what to expect. I might take him down and I’ll be the one submitting him.”

While gyms in Singapore have now re-opened, including Evolve MMA, there are still some restrictions with regards to training. For example, grappling is still off limits so as to minimise contact. As a result, Khan has had to make some adjustments to his training ahead of his fight.

“We had to adapt to the circumstances because of the COVID and all the restrictions,” Khan said. “So we have to adjust our training. We can’t do any grappling but we can do striking drills. Other than that, the grappling I have to do through visualisation and get muscle memory through mind training because that’s the only way to do it. And I’m kind of excited to see how it plays out. He’s also in Singapore so he has to go through the same circumstances.”

Life Amid The Coronavirus

Like everyone else around the world, Khan was not expecting the coronavirus to happen. But for him, the global pandemic marked a period of internal growth and maturity.

“I feel everything happens for a reason,” said Khan. “So I took this opportunity to grow myself internally. To mature as a person through the pandemic. I spent a lot of [time] self-digging to find what I’m made of and who I am. So I found out a lot about myself and I feel confident than ever.

“A lot of people say I changed. I feel changed as a person. Everything I do in life will translate to my martial arts fights. And I feel this change in me will definitely translate how I fight too.”

But things weren’t all bleak and gloomy for Khan. The former ONE lightweight title contender also posted several humorous videos to pass the time.

“Me and my wife, we had fun making the videos,” Khan said. “Because she’s a creator so she loves doing it. We just have fun doing it. Entertaining ourselves during lockdown and keeping it positive.”

“Life Is Full Of Tests”

Khan will be fighting with a heavy heart, after his father was diagnosed with brain cancer recently. This has motivated him more than ever to bring home the victory. Most importantly, he wants to make his father proud knowing that their days together are numbered.

“It was unexpected,” said Khan. “He was completely healthy, walking. He loves to cook for me. He was completely functioning normal. And then the incident happened and now he’s deteriorating day by day. It’s just very sad to see because I have a close relationship with my dad. It’s just upsetting to see.

“But I know I just have to keep strong. For me, life is full of tests. I feel like 2020 is a challenging year for me but it’s kind of the year to show what I’m made of. I have to come out stronger and rise to the occasion. So I just take it as a tough test. For now, me and my dad, I’m just living one day at a time making sure I do him proud each day.”

Sticking To The Gameplan

Khan isn’t making any predictions for Friday’s fight. Instead, he’s only focused on his Raju. He has a gameplan and will stick to it for the entirety of the bout. This is how he hopes to get the win.

Who do you have as the winner when Amir Khan meets Rahul Raju at ONE: Reign Of Dynasties?