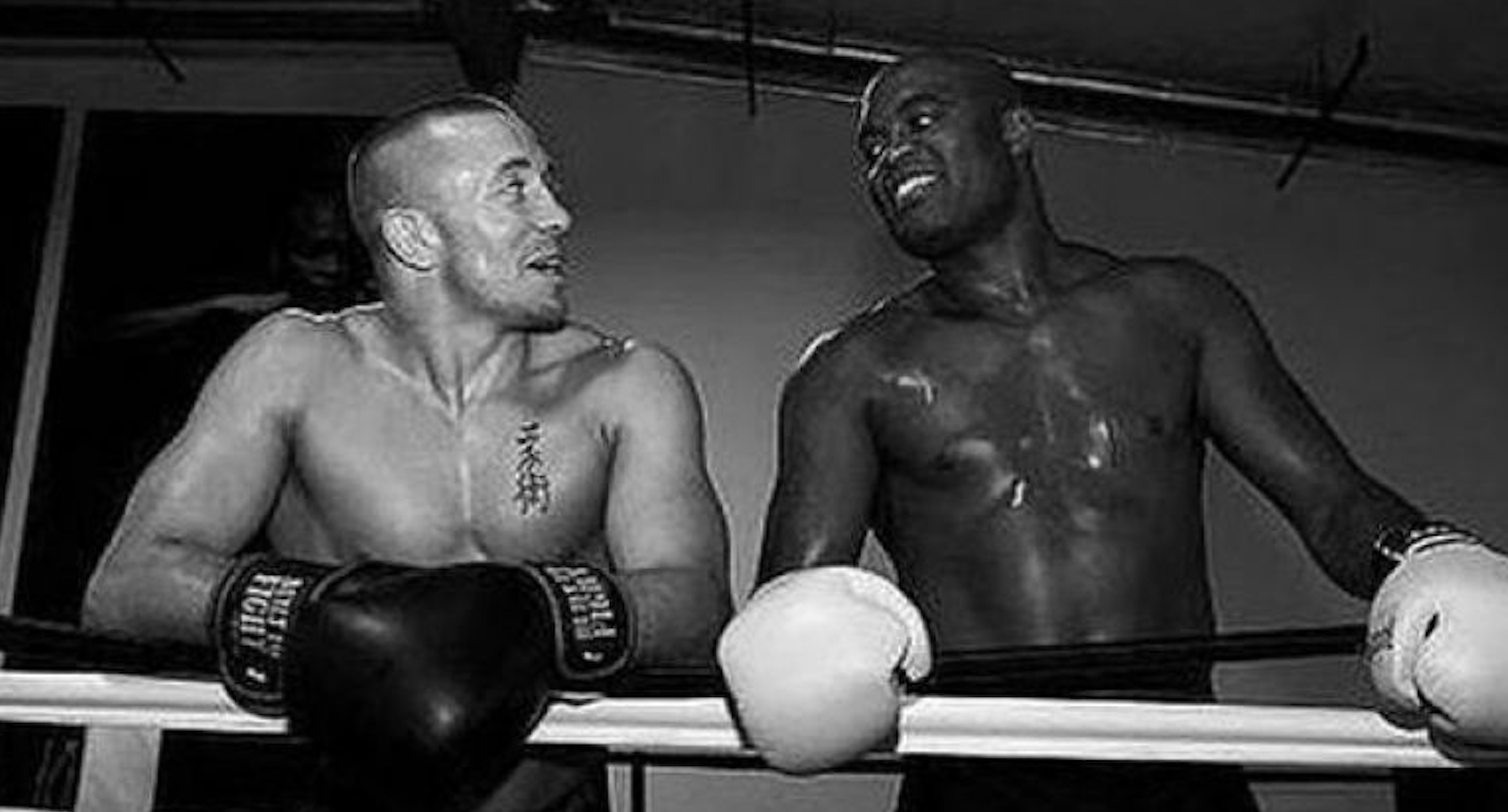 Anderson Silva has slammed Dana White for vetoing a potential boxing match between Georges St-Pierre and Oscar De La Hoya. While Vitor Belfort has thrown his name in the mix and called out the boxing legend. As well as his fellow Brazilian.

Triller CEO Ryan Kavanaugh recently slammed Dana for nixing a potential boxing match between St-Pierre and De La Hoya, who is making his return to boxing for the first time since 2008. The UFC president indirectly responded to the criticism during the UFC 262 post-fight press conference by calling Triller a “f***ing joke” and asked them to stop texting and calling him.

St-Pierre has now directly responded to the rumours while speaking to Cinema Blend, saying that he was in talks with De La Hoya’s team for a potential boxing match, but since he’s still under an exclusive contract with the UFC, he wasn’t granted permission by the promotion.

With St-Pierre out of the equation, Belfort has thrown his name in the mix, saying that he’s open to a boxing bout with De La Hoya, Silva and Evander Holyfield.

“I’m looking for an opponent now. I heard that Oscar De La Hoya is looking for someone to face. Oscar, don’t be afraid,” Belfort told Ag Fight (as translated by MMA Mania). “Anderson would be incredible. Anderson and I, it would be a big rematch in boxing. It could be Oscar, Anderson, Holyfield. There is a list of guys who can make this happen.”

Although Belfort is under contract with ONE Championship, this isn’t the first time he has called out a boxing legend. Last year, the 44 year old Brazilian said he was open to fighting Holyfield, Wladimir and Vitali Klitschko, Lennox Lewis, and Roy Jones Jr. He has also called out Jake Paul in recent months.

While his older brother Logan is set to face Floyd Mayweather on June 5th in an exhibition contest, in the last few hours, Jake has signed with Showtime for his next fight.

“I think it doesn’t make sense, especially because Georges did a lot for the sport, especially for UFC,” Silva said. “Why you hold the guy? This makes no sense.”

Silva, who was released from the UFC last November, is preparing for his boxing match with Julio Cesar Chavez Jr. on June 19th. ‘The Spider’ feels that St-Pierre also deserves to freely make decisions for himself as far as his fighting career is concerned.

“Georges is a fighter,” Silva said. “You can’t hold a fighter. It’s the same if you take the lion in the jungle and put him inside a cage. The lion is going to die. You can’t do that. Nobody can do that. This makes no sense. This is terrible, terrible – completely terrible.”

Like Silva, GSP is one of the most successful champions in UFC history, and the former long-time UFC middleweight champion thinks the promotion should give him the respect he deserves.

“First of all, I think when you do your job, especially fight in the level me and Georges do it, you need to respect,” Silva said. “Georges worked hard to make a lot of things for UFC. It makes no sense, Dana White holding Georges St-Pierre. I have my personal opinion about Dana, and I’m not anymore in UFC. I don’t like to talk about UFC because everything I do inside UFC is done for me. I do my best, I put in my heart in the company, but now it’s a page in my life that’s done.”

Do you think Dana White and the UFC should allow Georges St-Pierre to box Oscar De La Hoya?