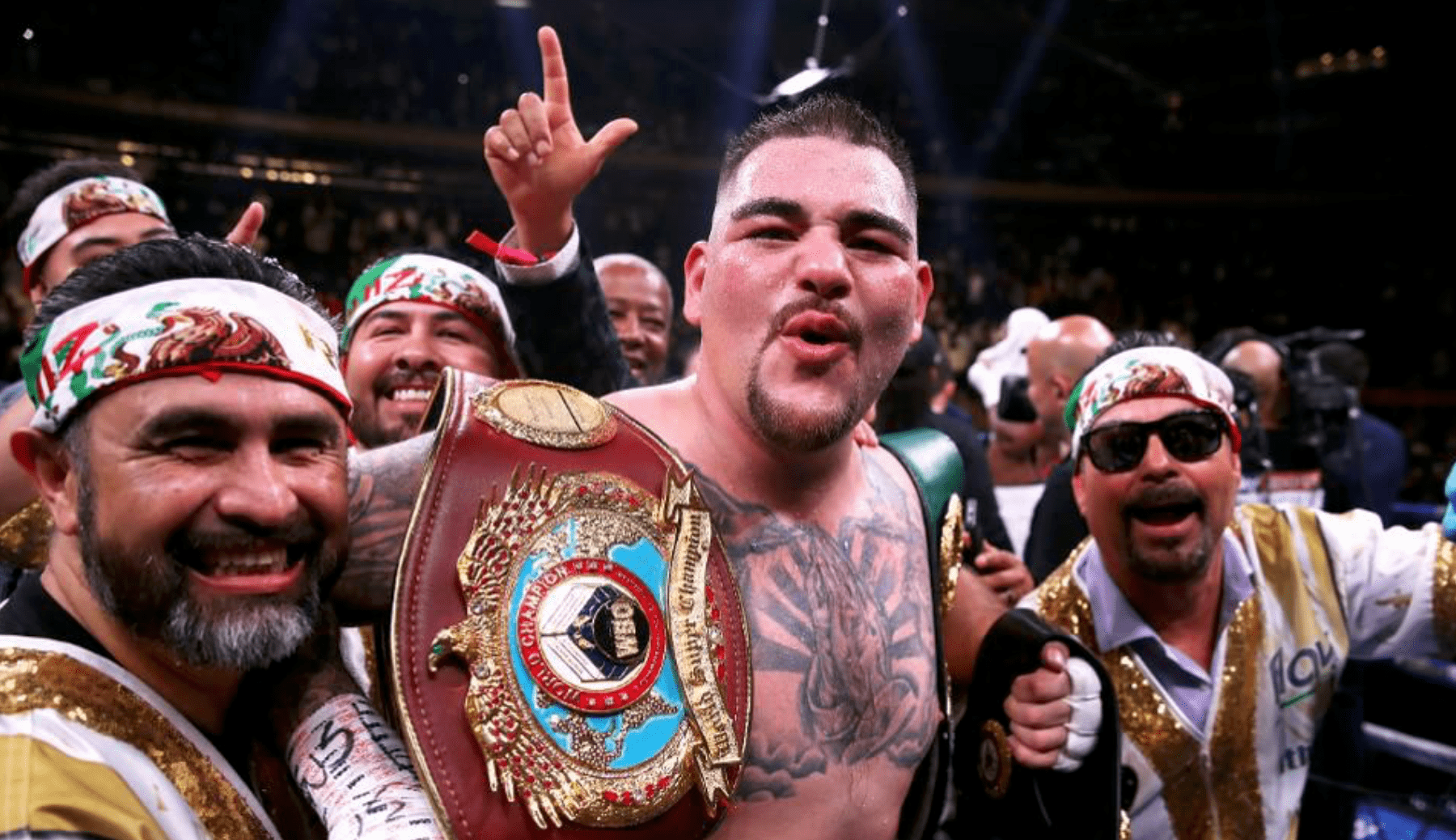 This past weekend, Andy Ruiz Jr. shocked the world by stopping Anthony Joshua in the seventh round of their heavyweight title fight, at Madison Square Garden, in New York.

As was suspected, Team Joshua have confirmed that there was a rematch clause in the contract and the two will meet again at the end of the year.

And Ruiz is confident of beating Joshua again. As he told TMZ Sports, Mexico’s first heavyweight boxing champion already has his sights on a fight with Deontay Wilder, who holds the WBC heavyweight belt.

“That’s what we’re aiming for. But first things first, I gotta get [past] Joshua [again].

Ruiz was also asked if he thought his win over Joshua was a bigger upset than when ‘Buster’ Douglas defeated the then undefeated Mike Tyson back in 1990, as a 42-1 betting underdog,

“I think it was because of the way I look and it was a big shock.”

The new WBA (Super), IBF, WBO, and IBO heavyweight world champion also said that he will be visiting the Mexican White House and when asked about Drake’ curse, Ruiz replied “Don’t even bring Drake around me”.

‘The Destroyer’ has been enjoying life as the heavyweight champion of the world this week and was even a guest on Jimmy Kimmel Live.

Meanwhile, Joshua posted a video to his YouTube channel yesterday, reflecting on the fight. The former champion said that he will ‘take the loss like a man’ and stated that he didn’t have a panic attack before his walk out at MSG, as had been reported in some stories.

How do you think the rematch will go?