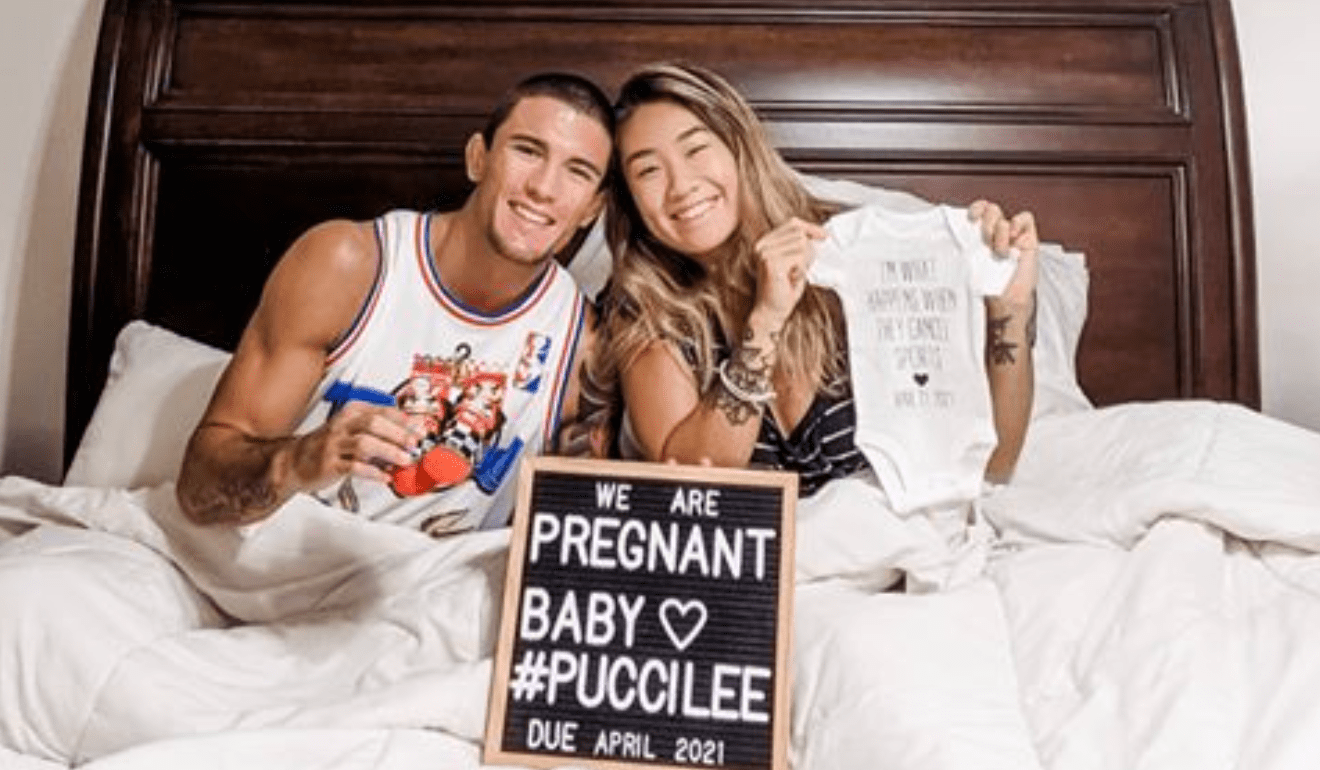 In the last hour, ONE atomweight champion Angela Lee has announced that she and her husband, ONE featherweight Bruno Pucci, are set to become parents.

Taking to social media, Lee revealed that she is eleven weeks pregnant.

We’ve been hiding this secret for about a month and a half now but we finally decided it’s time to share this amazing news with the world!
I’m officially 11 weeks pregnant and baby #PucciLee is estimated to be due: April 21, 2021

We don’t know the gender just yet but we will be placing bets soon!
I’m so excited to start this incredible new adventure with you @bpucci
Let the next chapter begin!!”

In a second Instagram post, the 24 year old Lee said that she and Pucci were blessed and shocked by the news.

“Here are some photos that I captured, weeks back from when I first found out I was pregnant!!!  #happinessoverload

This is seriously a dream come true. Becoming a Mom, has always been my ultimate goal; Worth more to me then any amount of championship gold.

The best things come at the most unexpected times. Baby made sure to surprise us just as I was in the best shape of my life haha

I truly believe that everything has it’s own perfect time and place. Baby, we feel so blessed that you chose to surprise us now. We can’t wait to be your parents

See you in 29 weeks little one”

Lee and Pucci, who met at Evolve MMA in Singapore, married in 2018 and now reside in Hawaii. As you would expect, they are excited to meet ‘baby Pucci Lee’.

“Our hearts are filled with so much love already! We can’t wait to meet you, our little champ! #BabyPucciLee #ComingSoon“

Lee last fought a year ago at ONE: Century, where she defended her ONE atomweight title against Xiong Jingnan.

In the last hour, ONE Championship CEO Chatri Sityodtong has announced that there will be a ONE Atomweight World Grand Prix tournament in the new year, to crown a new champion.