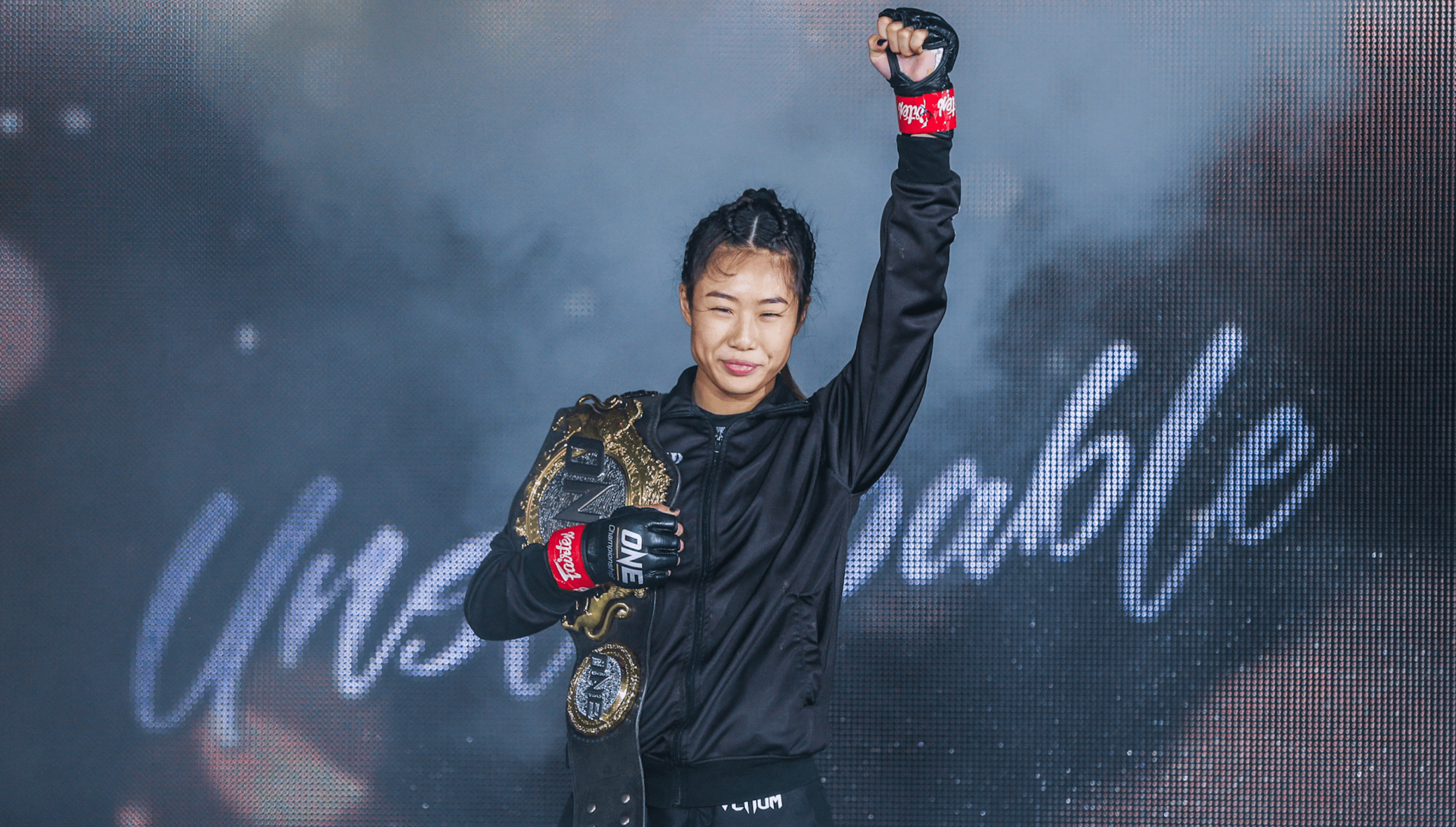 It will be a while before Angela Lee returns to competition, as she is currently expecting her first child. She last competed at ONE: Century in October 2019, successfully defending the ONE atomweight title against Xiong Jingnan. Despite her pregnancy, the champion already has big plans ahead of her comeback.

“My First Fight Back Is Gonna Be A Title Defence”

Although Lee still plans to challenge for the ONE strawweight title, she told MMA Junkie that she wants her first fight back after giving birth to be a title defence.

“Definitely my first fight back is gonna be a title defence and then I still do plan on going to the strawweight division and eventually trying to claim that title, so we’ll see,” said Lee. “Big goals ahead, one step at a time, gotta get this baby out first.”

Her opponent in her first fight back will be the winner of ONE Atomweight World Grand Prix, which is set to get underway on May 28th. The tournament consists of big names, such as Seo Hee Ham, Meng Bo, Stamp Fairtex, and Denice Zamboanga. Despite the success she’s already experienced in her career, Lee can not wait to return.

“For me, I’m just never satisfied with where I’m at,” Lee said. “I think I’ve been like that since I was a kid. I’m always striving to do better, to do more, push myself more, and yeah, I’ve had a great career with ONE Championship so far. It’s really taken off, but right now with the whole world kinda being on a standstill with COVID and with me being pregnant, it kind of seems like I’m waiting for the comeback, and that’s what I’m excited for.

“I think when I come back to fighting, I’m gonna have this whole renewed motivation to fight and a new reason to fight. I’m just so excited for that. Also, I think it’s gonna be great, because Victoria is gonna probably have a few fights under her record at that time, and we’re gonna be ideal training partners for one another, so I’m really looking forward to training with my sister, training with my brother and just showing the world what the Lee’s can do.”

Angela’s 16 year old sister Victoria Lee made her successful MMA debut at ONE: Fists Of Fury on Friday night.