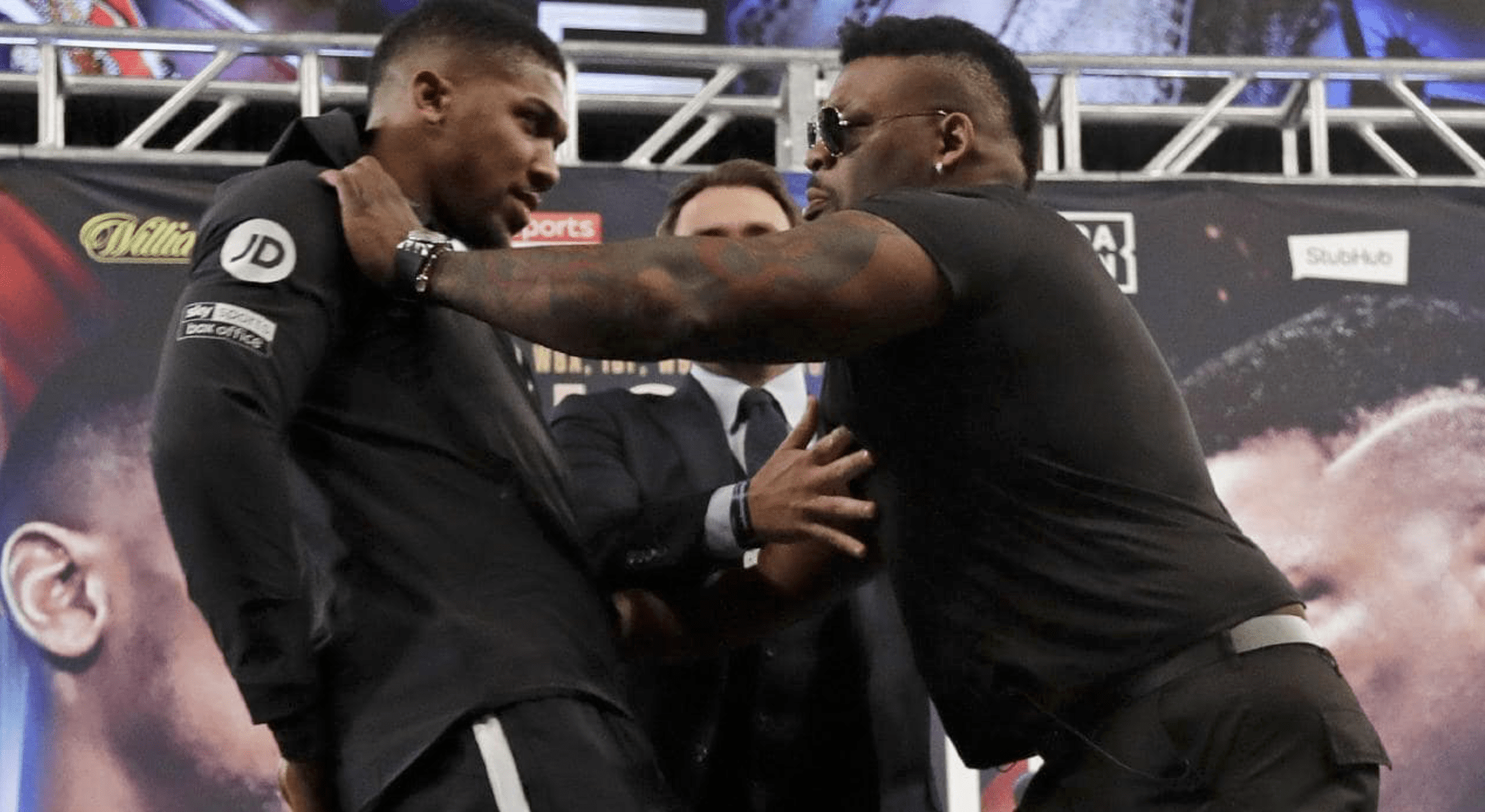 If the Anthony Joshua vs Jarrell Miller launch press conference is anything to go by, we are in for a treat on June 1st. It was all drama today in New York, with heated words being exchanged between the two heavyweights and it even got physical in the face offs.

When it came to trash talking, Joshua certainly upped his game. In the press conference that followed the face off, ‘AJ’ pulled no punches, promising to knock out the ‘little bitch’.

“Miller’s a little bitch, I’m going to knock him the fuck out on June 1st. There’s no doubt about it, there’s no doubt. He’s an ex-kickboxer, drug abuser, punches like a fairy. Fury knocked him out seven times. He’s the softest puncher in the heavyweight division.

Soon after this, Miller left the stage. But this didn’t stop Joshua from firing shots at his opponent.

“I’ll be deadly serious, Jarrell can’t beat me, even on his best day.

“He’s slow. He’s not a puncher. Ex-kickboxer. Probably be better off in the NFL. Substance abuse. Got caught on PEDs. I can’t really respect that, so talk is cheap. I’m just going to back that up in the ring.”

“I keep hearing about his stamina and that he’s a pressure fighter. A fighter gets tired when they get hit and he gets hit a lot. It doesn’t matter how good his stamina is. If I keep on punching, his jaw, his body, he’ll soon fade. He’ll soon find out what it’s like.

“The best chance he has is to land a big right hand or a big left hook, but that’s not really going to happen, so he’s going to get beat.”

After Miller left the stage, he spoke to TMZ Sports, where he told them that Joshua has a ‘bitch ass’ rematch clause in the contract.

The pair will be fighting for Joshua’s WBA, WBO and IBF heavyweight titles on June 1st, at the iconic Madison Square Garden, New York. Not only is the fight in Miller’s back yard, it will be the first time Joshua has fought outside of the UK in his professional career.

You can watch the full press conference here: