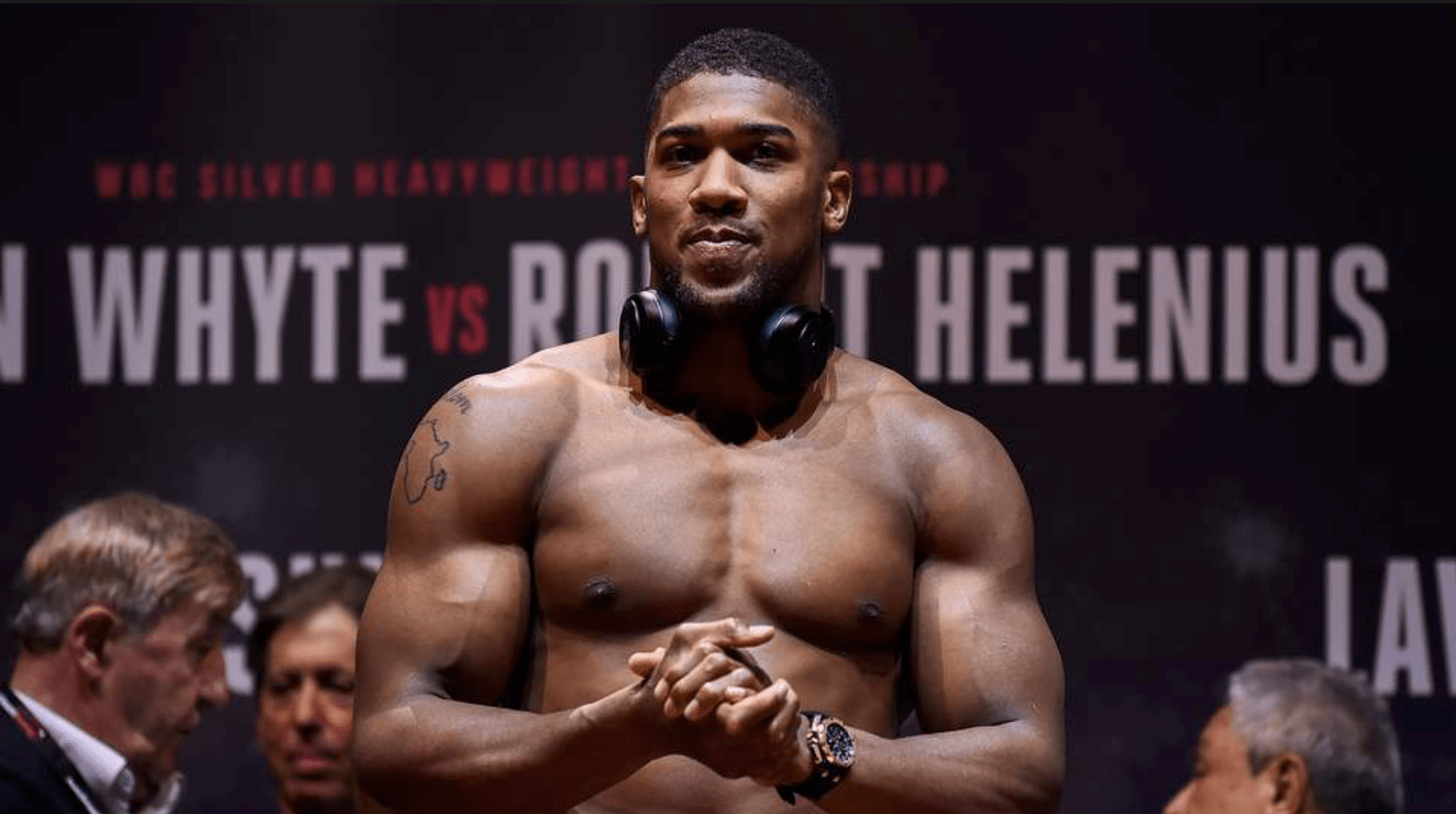 He may have a title defence coming up on June 1st but Anthony Johnson still has his eyes on Deontay Wilder.

Joshua was originally due to defend his WBO, WBA and IBF heavyweight titles against Jarrell Miller but ‘Big Baby’ failed three drug tests and wasn’t granted a licence by the New York State Athletic Commission.

Stepping in to replace Miller will be Andy Ruiz Jr.. The American has lost only once in 33 fights. Losing to the only man that has gone the distance with Joshua, Joseph Parker. This was for the vacant WBO heavyweight title.

Speaking to TMZ Sports, Joshua was asked who he wanted to fight after Ruiz, Wilder or Tyson Fury. Without hesitation, Joshua responded ‘Wilder’.

“Wilder, I want Wilder. He’s got the belt. I’ve got the four belts, WBO, WBA, IBF, IBO, all I need is the WBC. If he’s ready and wants to prove he’s the best in the world, come see me.”

Wilder defends his belt on May 18th, against Dominic Breazeale.

Wilder’s team have said that a fight with Joshua won’t happen in 2019. Unfortunately it’s another case of the politics getting in the way of making the best fights happen in the world of boxing.

When the two finally meet, who do you think will walk away with the ‘W’?