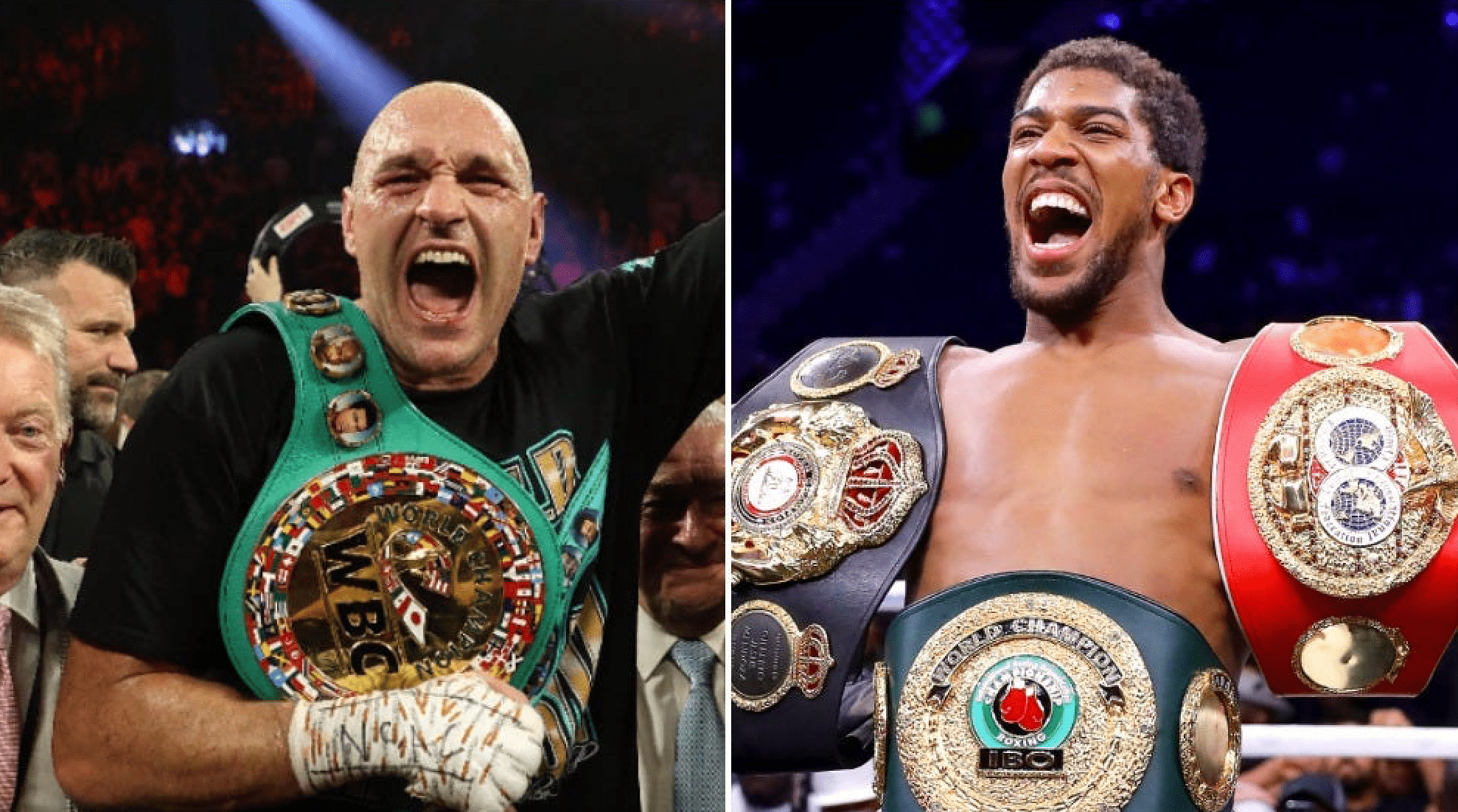 Tensions between Anthony Joshua and Tyson Fury continue to flare, as the highly-anticipated undisputed heavyweight title fight between the two is on the verge of being finalised, according to journalist Lance Pugmire.

A non-disclosure agreement has obliged the two parties to not share key details about the fight, which is being targeted for the summer. However, there is speculation that an official announcement regarding the showdown could be made this month.

Fury’s co-promoter Bob Arum also confirmed that things are moving in the right direction and that all that is left to do is to have the contracts signed.

To his credit, Joshua has already started building hype around the fight. Speaking with JD Sports, ‘AJ’ said that he still has a long way to go in boxing, and Fury is merely a ‘warm-up act’.

“He (Fury) can bring whatever he wants, it don’t matter to me,” Joshua said. “The press conference antics, the fight antics, the hands behind the back, I love that stuff that’s all part of it. You know that’s his job, but my job is to close the show.

“He’s a warm-up act, he’s there to do all that stuff but ultimately my job is to close the show and that’s all that matters. For him, he said that after he fights me, maybe he fights [Dereck] Chisora, then he’s ready to go off into the sunset. For me, I’ve still got so much more I want to do in this boxing game, the road to undisputed is part of the journey it’s not the end to the journey.

“That’s why I know I will get past this fight because I’m looking past him, I want more, this isn’t where this stops. The fight, god-willing, will be this year, I’m saying is going to be this year, I’m going to speak into existence and I will be victorious.”

Lots Going On Behind The Scenes

Speaking to iFL TV, Fury said that despite recent reports, the fight with Joshua still isn’t close to be finalised.

“There’s a lot going on behind the scenes that can scupper a fight,” Fury said. “Nothing’s actually on until you’re in the ring, we’re nowhere near that at the moment. Do I think the fight will eventually happen? Yes. Do I think it’s imminent? No.”

And just to add more uncertainty to proceedings, Fury even suggested that he could fight Deontay Wilder next.

“Don’t write Deontay Wilder off out the equation,” Fury said. “He could be fighting me next, who knows? I could have a trilogy with Wilder yet. There’s a lot of stuff going on behind the scenes and Wilder might be next, who knows?”

Although Fury’s comments don’t sound very encouraging, the 32 year old is known for his tongue-in-cheek comments to the media.

Who do you think wins the blockbuster unification heavyweight bout between Anthony Joshua and Tyson Fury?