Anthony Joshua To Make US Debut 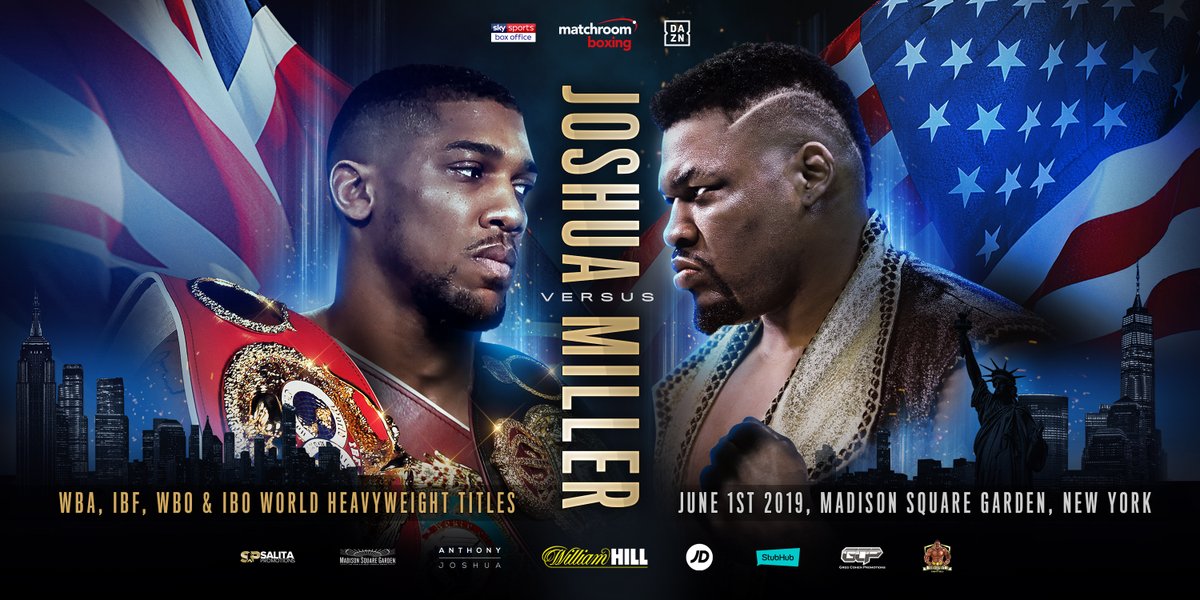 Anthony Joshua will make his US debut on June 1st, when he will defend his WBA, IBF and WBO world heavyweight titles against Jarrell Miller. The fight will go down in the iconic Madison Square Garden, New York.

Both Eddie Hearn and Anthony Joshua confirmed the news on social media.

The fight will be Miller’s first title fight but he will have the home crowd, coming from New York. ‘Big Baby’ will also have a big weigh advantage over ‘AJ’, having weighed 22st 7lbs in his last contest. By contrast, Joshua weighed 17 stone 8lbs 5 ounces in his last outing against Alexander Povetkin.

With Tyson Fury and Deontay Wilder set to rematch following their draw last December, Joshua was left with little option for his next fight. One option was Dillian Whyte but he was openly critical of the financial offer Joshua’s team presented him.