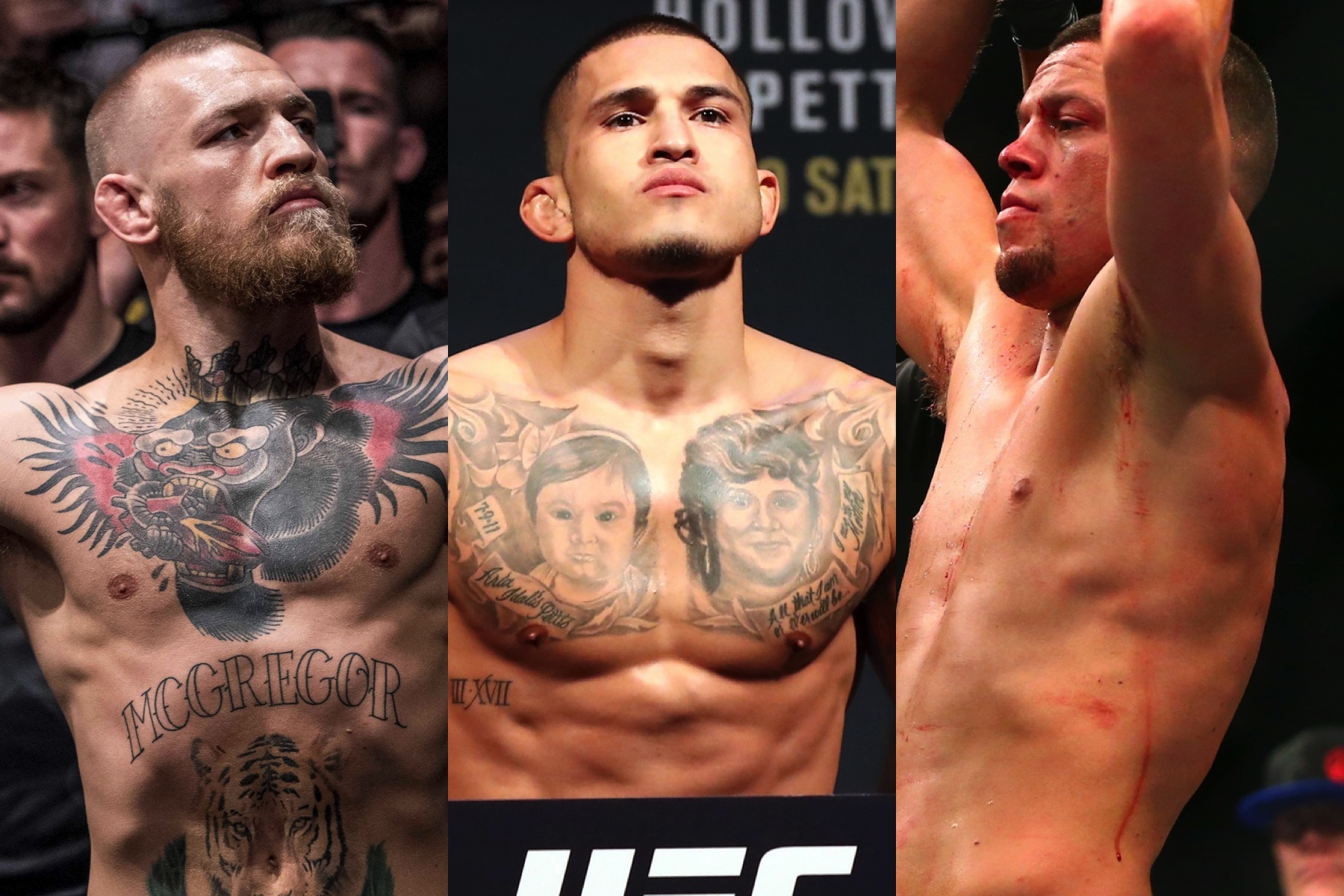 As previously reported, Anthony Pettis will face Nate Diaz in one of the most interesting match ups this year, at UFC 241. Pettis is coming off a remarkable win over Stephen Thompson, where he once again reverted to his ninja ways, knocking out the former title contender. Nate Diaz on the other hand hasn’t been too active, with his last fight happening way back at UFC 202 against Conor McGregor.

Diaz was expected to fight Dustin Poirier last year, but that fight never materialized for one reason or the other. With Nate now scheduled to fight Pettis in Anaheim, Pettis dropped a bombshell recently, when he revealed he was originally offered a fight with Conor McGregor!

“There were some big names thrown my way”, Pettis remarked on Ariel Helwani’s MMA Show (transcript via MMA Mania). “Conor McGregor was thrown my way from Dana in August but then that didn’t happen. So I just pulled back, hung out and was training and then Nate Diaz popped up. It’s perfect.”

Pettis further claimed that he disliked Nate Diaz, something he doesn’t say about any other fighter.

“Diaz, 100 percent. I just don’t like the guy”, he said. “That’s just how it is, I am not that dude, but this is just one guy I do not like,” he said, while revealing he will start his training camp as early as next week out of pure eagerness and desire to get prepared to inflict damage on Nate.

“I am going straight to work, I can’t wait to hurt this guy. This is personal fight for me, I am going to work right away. No weight cut, simply training for a fight.”

Anthony Pettis then shed some light on why he does not like Nate.

“It’s a perfect fight for me. You know me and Nate, we have had beef and drama for a long time, so this is something that was supposed to happen a long time ago and it’s finally happening”, he explained.

“I don’t even remember where it started, what event. I was the champion, but we have always had drama. And every time we saw each other it’s like something was going to happen”, Pettis added. “It was just one of those things that he may have been jealous that I was the champ, he wanted a shot at me.”