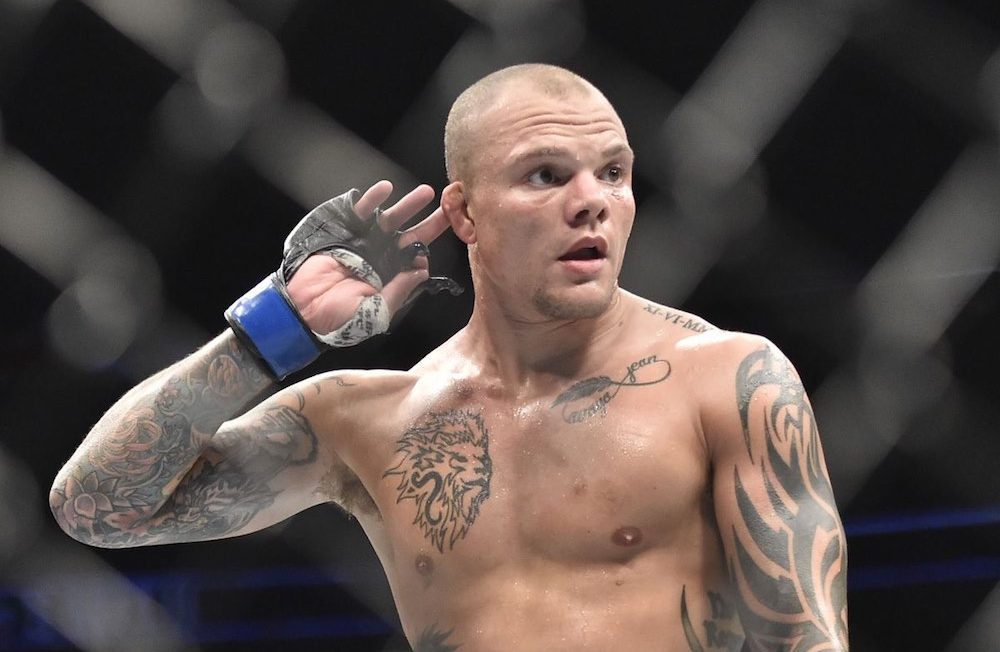 Last night at the UFC 236 seasonal press conference, Anthony Smith was in attendance, along with a host of other big names. There were a couple of conspicuous absentees however, including Jon Jones and Jorge Masvidal. As expected, the MMA media was curious about why Jon couldn’t make it to the press conference, before questions started raining down on the fighters.

More recently, Luke Rockhold put Anthony Smith on blast, wondering how he received a title shot against Jon Jones. Rockhold did not hold back, saying Smith ‘couldn’t even sniff the top 10’ at middleweight.

Understandably, Smith was fuming at his comments, and when he was asked about what Rockhold said, “Lionheart” lashed out at the former UFC Middleweight Champion.

“That guy’s a f*ckin’ piece of shit”, Smith said (transcript via MMA Fighting). “F*ck Luke Rockhold. The first opportunity I get, I’m going to drill a hole through Luke Rockhold’s f*ckin’ face. I promise you guys that.”

Rockhold is currently expected to make his light heavyweight debut at UFC 239 against Jan Blachowicz. However, Smith said that whenever he has the opportunity to face Luke, he wouldn’t hold anything back.

“The first opportunity that I get after this fight, it doesn’t matter what happens, I’ll fight Luke Rockhold with one f*cking leg”, Smith said. “I’m going to beat that dude’s f*cking ass.”