Antonina Shevchenko vs Roxanne Modafferi Reportedly In The Works 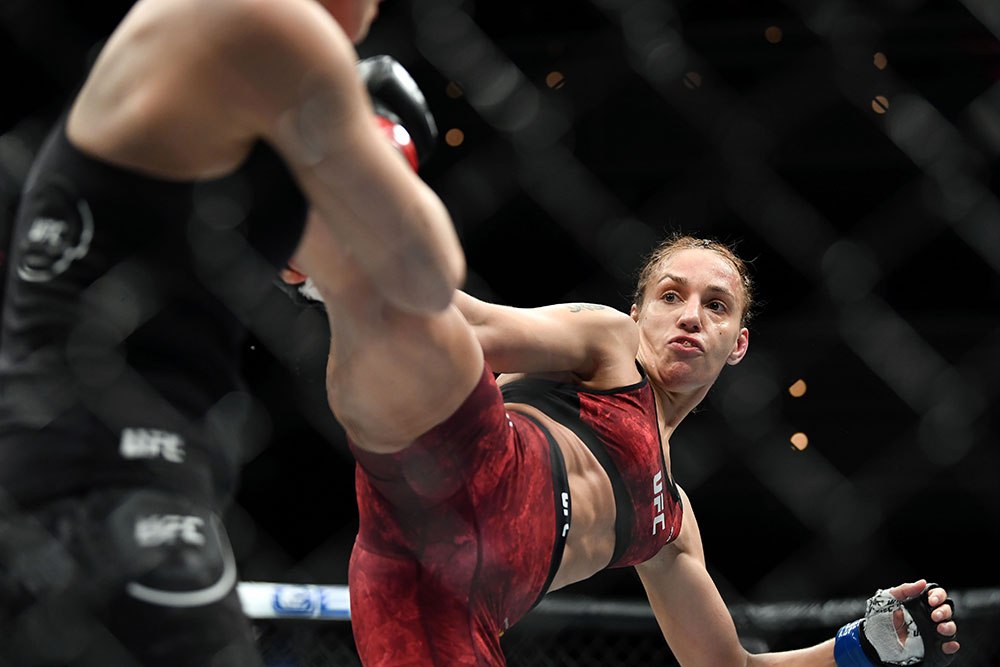 Antonina Shevchenko ‘s UFC debut couldn’t have gone any better, as she picked up her first win the UFC at TUF 28 Finale. ‘Pantera’ won her first fight in the UFC against Ji Yeon Kim late last year, and according to report by MyMMANews, her toughest test is ahead of her.

The website reported that Shevchenko is now expected to face the more seasoned Roxanne Modafferi in April. UFC returns to St-Petersburg, with two heavyweight clashes expected to be the featured fights on the card. Roxanne most recently lost her fight at UFC 230 to Sijara Eubanks, and could stylistically prove to be a handful for the former Muay Thai world champion.

Antonina joined her sister, and current UFC flyweight champion, Valentina Shevchenko, when UFC signed her post her victory during DWTNCS. Antonina impressed everyone during her UFC debut, but going up against a solid grappler in Roxanne could prove to be her toughest challenge till date.

Roxanne was initially expected to face Ashlee-Evans Smith, with the two verbally agreeing to fight each other next. The promotion is yet to officially announce the bout between the two competitors in Russia.

UFC St-Petersburg is scheduled to roll out of the Gazprom Arena in Saint Petersburg, and is expected to see Alistair Overeem taking on Alexander Volkov in the main event. Sergey Pavlovich is also expected to face Marcelo Golm in one of the featured fights on the card.