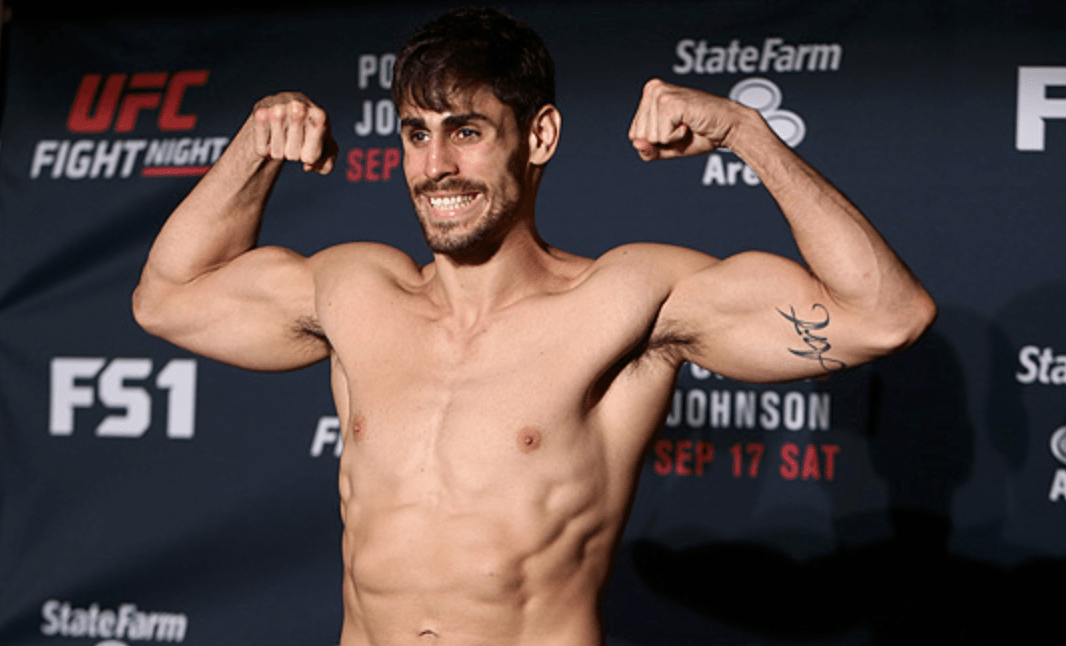 Paulo Costa may have just lost out on the fight we were all expecting to see, a middleweight showdown with the equally ripped Yoel Romero, but he already has a challenger, prepared to fight him, in Antonio Carlos Junior.

Costa was expected to fight Romero in the main event in Florida, next month but the UFC just announced yesterday that Romero will face ‘Jacare’ Souza in a rematch instead. This leaves Costa without an opponent. But maybe not for long. Speaking to MMA Junkie, Carlos Junior said he wanted to face his fellow Brazilian.

“I’d love to fight him. We’re both Brazilians. We both have some issues we need to solve. We were in the same house. I’m ‘The Ultimate Fighter’ champion. He lost inside the house, and now he’s like, ‘Oh, I’m the guy of the moment.’ That’s not what happened.

“I’m fighting for too long. I know I had some bad moments in the fight against Dan Kelly. Before that, it was everything good. But after that, I feel like people forgot me. I’m ‘The Ultimate Fighter’ champion. I submit people. I knocked people out inside the house. Beware.”

The number twelve ranked middleweight also expressed his frustration at trying to find an opponent.

“Everybody wants to choose the opponent. If you want to be a champion, you can’t choose the opponent. In my sport – I’m a jiu-jitsu world champion – I’ve got to fight everybody. I can’t choose who I’m going to fight, so I’ve got to fight everybody. That’s how I became the world champion. That’s how it should be here, also, but now everybody wants, ‘No, I want to fight that guy.’

“Everybody wants an easy fight. I don’t want easy fights. I want a challenge. I want to be challenged. If I want to be a champion, I want the legacy. I want something bigger. I need to fight with the big guys, the tough guys, so I don’t pick a fight. Whoever it is, I’m always ready for.”

Carlos Junior has won his last five fights, with four of them coming by way of submission. Including his last visit to the UFC Octagon, where he beat Tim Boetsch via a rear naked choke. Costa is unbeaten, with a record of 12-0, with four of those wins coming in the UFC. In his last two fights, he has beaten Johny Hendricks and Uriah Hall.

With UFC 237 coming up in May, this would be a great addition to the card.