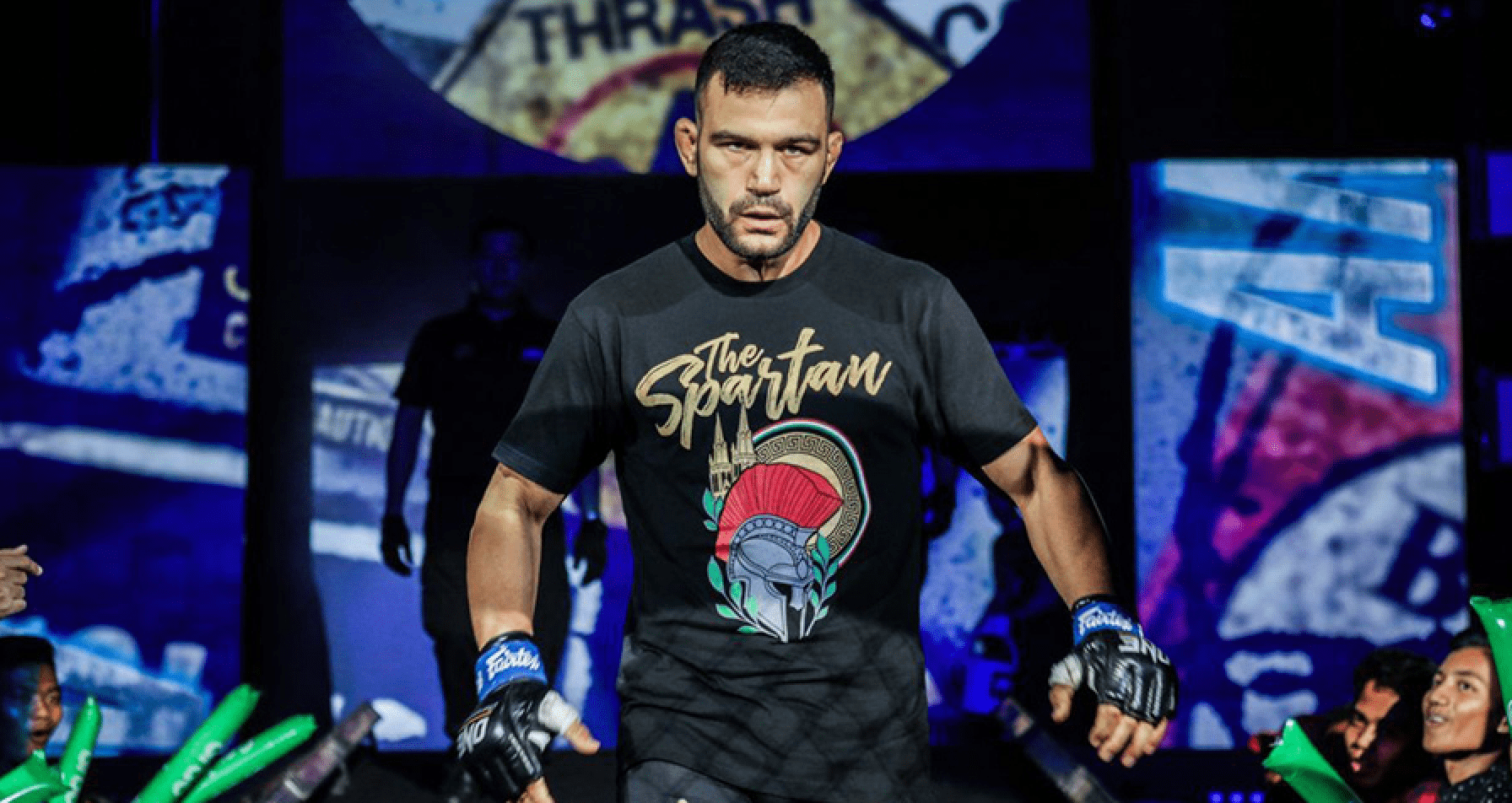 At ONE: Inside The Matrix, Antonio Caruso took home a unanimous decision victory against Eduard Folayang. Now, he has his sights set on another MMA legend: Eddie Alvarez.

Folayang and Alvarez faced off at ONE: Dawn Of Heroes in August of 2019, where the American emerged victorious with a rear-naked choke after getting hurt early in the fight.

“I’m Coming After All Of Them”

Speaking with ONE Championship, Caruso said that he is looking to take out all of the big names of mixed martial arts.

“I’m coming after all of them,” said Caruso. “But I’d love to get a chance against Eddie Alvarez in America. Why not? He’s ‘The Underground King’ in Philadelphia, and I’m like the real-life ‘Rocky.’ Me and Eddie would be a great fight, and taking out another legend would be great for me, so that’s the fight I’m looking at.”

Speaking of his fight with Folayang, Caruso said that many key factors contributed to his statement-making victory against the Filipino superstar.

“Lots of preparation, mentally and physically,” he says. “We just worked out a great game plan around what [Folayang] could do and what I could do. Another thing I did right was really understand my opponent this time and come in with as much knowledge as I could – that was the biggest difference in that fight.”

Throughout the course of the fight, Caruso kept the pressure against Folayang.

“I was trying to wear on Eduard and make him tired in the first round. I had to put a pace on him to get his respect, make him think twice about opening up with his dynamic and electrified attacks. So, I kept him on the back foot and even got the takedowns.”

After coming close to submitting Folayang in the first round, and dominating the second round, Caruso went toe-to-toe with the Team Lakay stalwart in the third and final round.

“I got in his face and dropped him early, which gave me a lot of confidence. So, I said, ‘Why not just stand and trade with him?’”

But Caruso was careful not to get too overconfident. After all, his opponent was a two-time ONE lightweight champion, and a sporting hero in the Philippines.

“He’s a veteran. He’s a warrior. He’s an ex-world champion. I knew he was going to come at me hard in that last round,” Caruso said. “But I was supremely confident in my preparation mentally, and I knew that I had what it takes to weather the storm and then get the win.”

After a monumental victory over a legend like Folayang, Caruso believes a fight with Alvarez is warranted. ‘The Underground King’ is a legend in his own right, having won world lightweight titles in the UFC and Bellator. ‘The Spartan’ however, hopes to replicate his success.

“It’s huge to beat an ex-world champion and living legend like Folayang. That’s what dreams are made of,” Caruso says. “Now it’s my turn, and [that win] proved to me that I have what it takes to become a legend and a world champion.”

If Caruso is to face Alvarez, he may have to wait. Recently, ONE Championship CEO Chatri Sityodtong said that a lightweight contest between Eddie and Saygid ‘Dagi’ Arslanaliev is in the works for early 2021.

Would you be interested in seeing Antonio Caruso face Eddie Alvarez inside the ONE Circle?