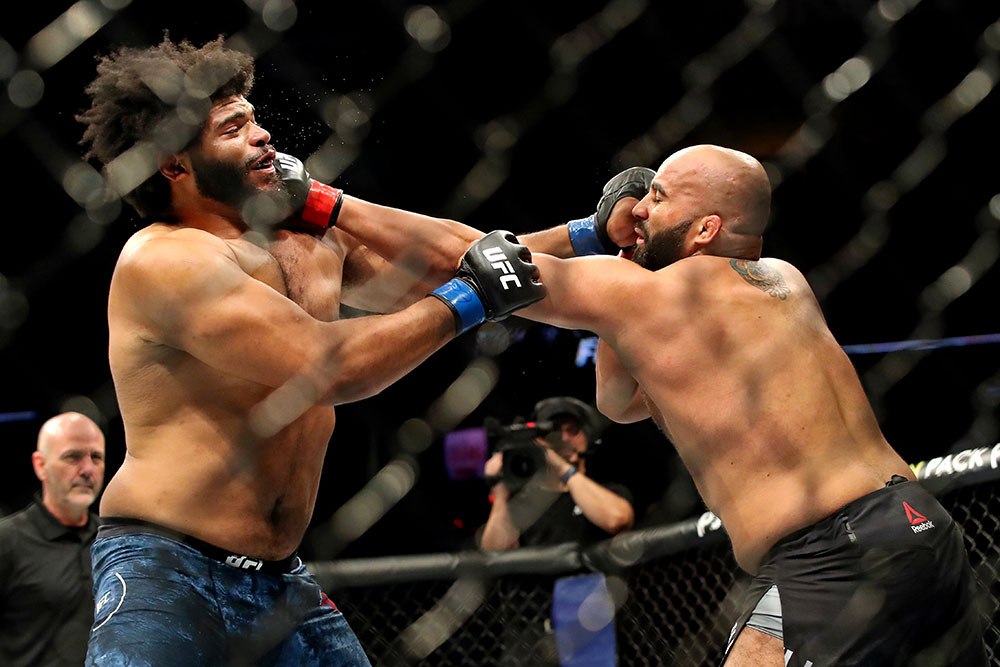 Arjan Bhullar defeated Juan Adams at UFC Ottawa, and the Indo-Canadian now expects a new contract to be offered by the UFC. Bhullar (9-1 MMA, 3-1 UFC) is considered to be one of the brightest prospects in the heavyweight division, and fought out his current contract this past weekend.

Arjan Bhullar, who trains with the likes of Daniel Cormier and Cain Velasquez, signed with the promotion after an impressive string of performances in local promotions in Canada. Training out of AKA, Bhullar, who picked up a unanimous decision win at UFC Ottawa, has the right people around him.

And after his win, Arjan also called out Andrei Arlovski. But before that can happen, he expects to ink a new deal with the promotion, with a more frequent fight schedule.

“First we got to get the numbers right, that’s the expectation”, Bhullar said after his fight (transcript via MMA Junkie). “I intend on getting the value of what I’m worth and letting my management get on that. I enjoy being in the UFC definitely, but I want to get paid what I’m valued, and beyond that, I want to get busy. Two fights a year is not enough. This is all I do every day.”

Andrei Arlovski (27-18 MMA, 16-12 UFC) hasn’t won a fight in his previous five outings. However, Bhullar believes Andrei has the name value, and would want to hand the former UFC Heavyweight Champion his sixth defeat on the trot.

“This is an old man’s division, and it’s time for the young guns to come out”, Bhullar said. “These guys don’t leave unless you show them the door. I’ll give him a reason to leave, and that’s why I intend on neutering ‘The Pitbull,’ sending him into retirement, and I’ve been watching that guy for a long time. A lot of respect for what he’s done in the sport, but there comes a time where the next generation has to step up.”