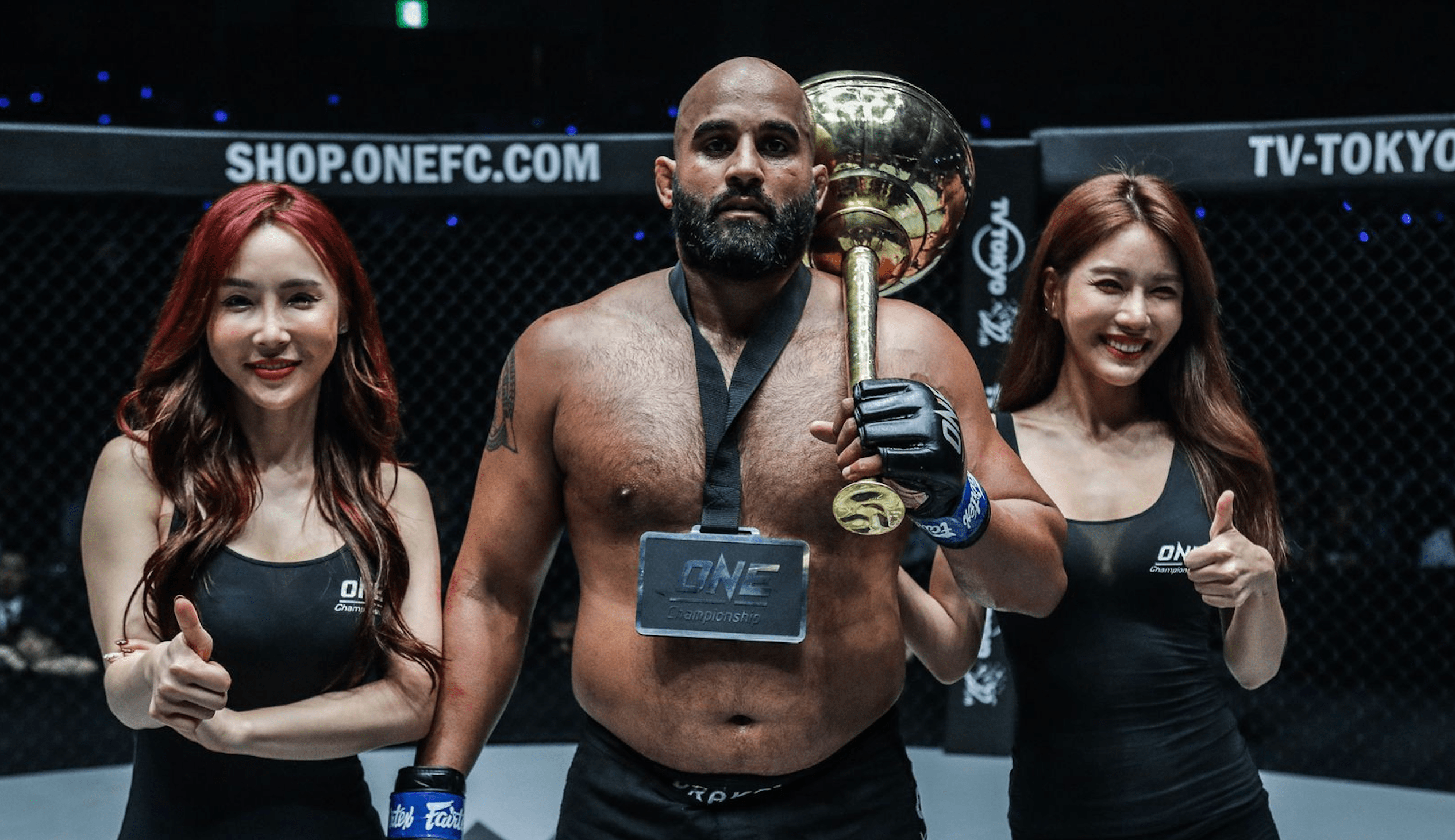 Arjan Bhullar is set to challenge Brandon Vera for the ONE heavyweight title in 2021. But even before he’s fought for the title, the freestyle wrestling champion has set his sights on future opponents.

Bhullar made his promotional debut a year ago at ONE: Century, defeating Mauro Cerilli by unanimous decision. At the time, the heavyweight division was relatively thin. But ONE Championship has been bulking up the division in recent months.

“No One Is More Important To Me Than Brandon Vera”

In an interview with BJPenn.com‘s Tom Taylor, Bhullar said he is prioritising Brandon Vera and the world title right now, but is also looking at BJJ world champion Marcus Almeida and Greco-Roman champion Amir Aliakbari as potential future opponents, who are new additions to the ONE heavyweight division.

“No one is more important to me than Brandon Vera, at the moment,” said Bhullar. “He is the task at hand and the job that needs to get done. Beyond that, I’m not focusing on anybody else. But the signings do make me very excited.

“’Buchecha’ (Marcus Almeida) is a very big one, Checkmat guy, one of the all-time greats with jiu-jitsu. He presents some great challenges and a great puzzle to solve, a great competitor. And then there’s Amir Aliakbari, who obviously likes to be loud and has a presence online. That’s another guy. He likes to wrestle. Both of those guys stand out over everybody. I’m excited to test myself against each one of them once I get Vera done.”

Clear Out The heavyweight Division

Vera and Bhullar were scheduled to fight this past May, but as a result of the global coronavirus pandemic, it was postponed. With the American-Filipino recently becoming a father for the first time, the heavyweight title fight is set to be rebooked for early 2021. The Canadian-Indian is confident that once it is rescheduled, he will win the belt, and then take out every challenger ONE Championship puts in front of him.

“I’ve been out and it has been frustrating,” Bhullar said. “We were booked earlier this year. I wish I knew what was going to happen. I do know that me and Vera are going to fight. That’s going to happen. If there was a little more certainty, that would be great, but that’s just the nature of the beast and the way the world works right now.

“So I focus on the things that I can control and that’s getting better, focusing on my skill set, training, and staying healthy, spending time with family. I feel good, very rejuvenated. I’m just hungry to get going. Once this thing opens up, I’m going to go one after the other, starting with Vera.”

“Everyone Is Dangerous At Heavyweight”

Bhullar will be watching ONE: Big Bang on December 4th, where Aliakbari will be making his promotional debut. And the 34-year-old predicts that the Iranian will emerge victorious. Although he acknowledges that anything can happen at heavyweight.

“Prediction: Aliakbari comes in and he wins the fight,” said Bhullar. “He controls it with his clinch work, gets the guy on the ground, rains blows on him. He tries to mix in a little bit of standup, but that’s his route to victory and he will impose that.

“Everyone is dangerous at heavyweight. Everyone is big and strong, with the ability to end fights, hurt you permanently, maim you. That’s the danger every time you fight with someone in this weight class. That’s why everyone tunes in. I don’t think anyone is illegitimate. If you’re in the Circle and you prepared for that walk, you are dangerous, and I will approach you as such.”

Will Arjan Bhullar be able to dethrone Brandon Vera and become the new ONE heavyweight champion?