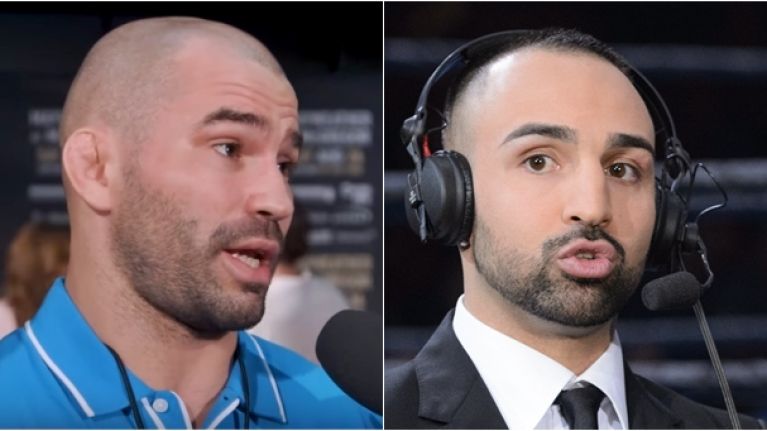 Artem Lobov has never been one to mince his words. The former UFC competitor turned bare knuckle boxer won his debut fight in the world of bare knuckle boxing. “The Russian Hammer” will once again step inside the ring, and this time, it will be against an opponent he is familiar with, and harbours some amount of animosity against.

Paulie Malignaggi has been a thorn in Lobov’s side, along with Artem’s teammate, Conor McGregor’s. Before his fight with Jason Knight, Artem got into a scuffle with Paulie, after the former boxing champion caught Lobov by surprise with a slap! The two will come face-to-face in two months’ time, and Lobov recently talked about Malignaggi’s training for the fight.

“At this stage I’m just sick of this whole thing, I just want to get him in there”, Lobov said, speaking to The Delve (transcript via TheMacLife). “I don’t believe my luck, to be honest, that he’s doing this. I didn’t think this would ever happen, but he must be really stuck for money, and I’ve heard he is. That’s the only reason he’s doing this.”

“It’s only nine or eight weeks now until the fight”, Lobov said. “He needs to learn the trade of the clinch. He needs to learn the different pace. He needs to get in shape because he just came off the couch. Big fat pudding. I’ve seen him. Who is going to coach him now? He needs fu*king weight watchers to coach him. That’s who he needs to coach, because he’s just a fat guy off the couch. He asked for the fight to be at 154-pounds when he used to fight at 140. What does that tell you? Lazy and fat. Can’t make the weight. Doesn’t want to make the weight. Doesn’t want to stop eating the pizza. Doesn’t want to put the box of donuts down.

“I find it hard to even worry about this fight. What is he going to do? Even in Conor’s spar for example, they did the twelve rounds but the only reason he somehow made it to the twelve round’s end because he did nothing. He was very, very passive. He never let the right hand go, he threw a couple of jabs and covering up the whole time. The head gear and the big gloves, of course, that saved him.