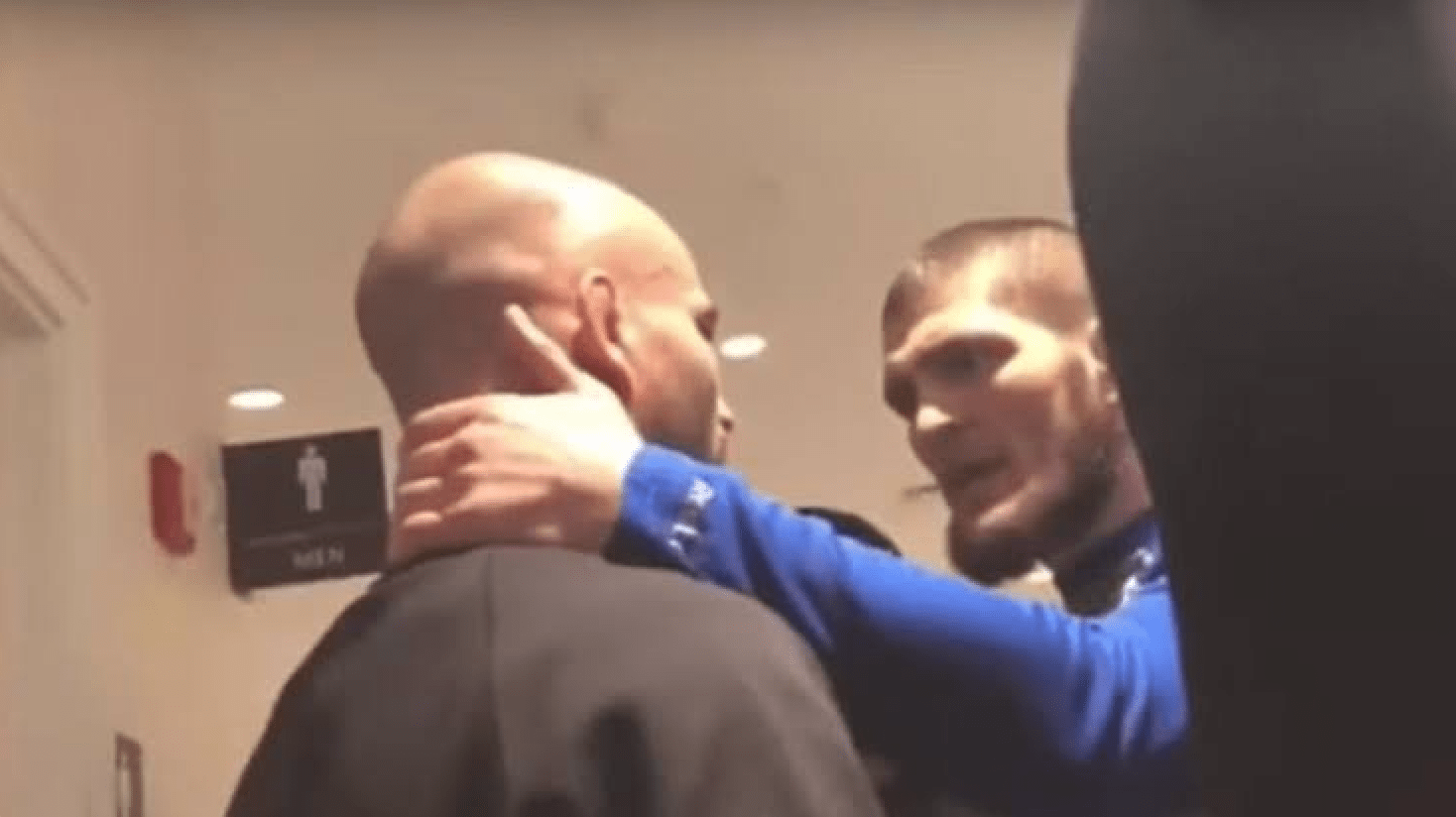 It has been three years since Khabib Nurmagomedov called Conor McGregor a chicken. Although calling someone a ‘chicken’ in many countries is nothing to write home about, McGregor’s teammate Artem Lobov later explained that it is “one of the biggest insults you can give a man in Russia”.

It was this insult that led to the ongoing feud between the two Russian fighters. Things came to a head at UFC 223, with the infamous bus attack during fight week, after Khabib and his crew had confronted Lobov earlier in the week. On seeing footage, McGregor and his own crew jumped on a plane to New York, to confront Khabib.

Khabib and McGregor would go on to fight at UFC 229, where the Dagestani stopped the Irishman in the fourth round, to defend his UFC lightweight title.

Speaking to Chael Sonnen on ‘Beyond The Fight’ (as transcribed by MMA Junkie), Lobov opened up on his conflict with Khabib.

“Definitely, things are not fine. There’s some unsettled business there, and I think in due course it will all be settled. But as of now, it’s definitely not. Not even close,” exclaimed Lobov.

“It’s Khabib’s fans obviously, I have a lot of Russian fans, myself, that support me – and obviously he has a lot of guys that support him,” he continued.

Although he receives a lot of negative comments from Khabib’s fans, Lobov looks on the positive side.

While McGregor has consistently campaign for an immediate rematch with Khabib but it is expected that ‘The Eagle’ will defend his 155lbs title against Tony Ferguson early next year.

Artem Lobov is set to rematch Jason Knight this weekend at BKFC 9. ‘The Russian Hammer’ won their first encounter earlier this year at BKFC 5, in one of the fights of the year.