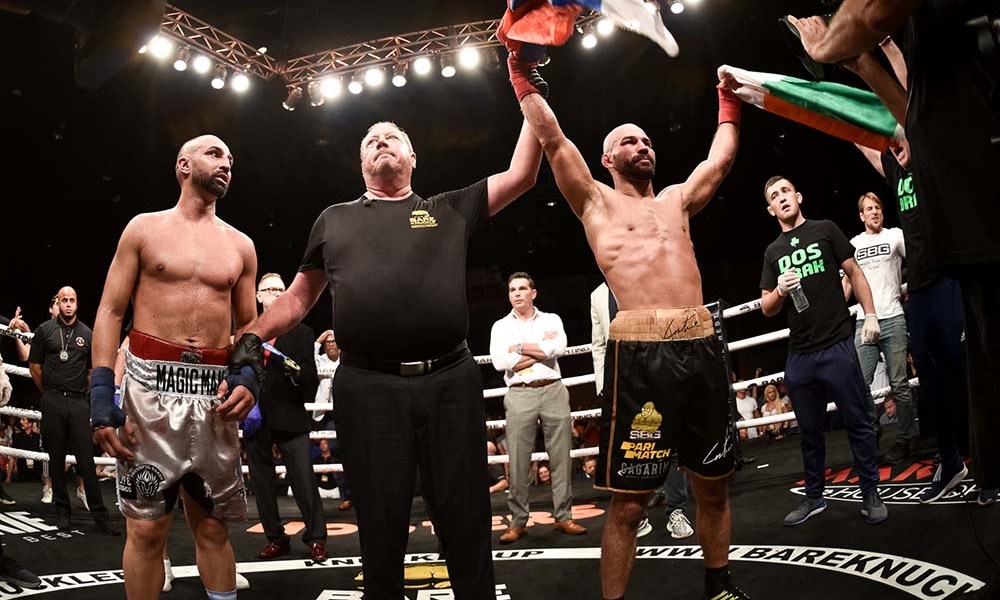 When Artem Lobov defeated Paulie Malignaggi at BKFC 6, you could easily have thought that that would have brought an end to the rivalry between Team McGregor and Malignaggi. But any such thoughts were squashed this week after the former boxing world champion hit out at Conor McGregor, stating, “If I see you, I’m going to smack you.”

Since hearing Malignaggi’s comments, McGregor’s close friend and teammate Lobov, has stated that he would be happy to face Paulie again, telling The Mac Life, that he would even face him inside a boxing ring.

“I’ve heard that he hasn’t stopped complaining, but if he wants another go, I would be more than willing. You know, let’s do it again. He can try it again. I wouldn’t mind getting my hands on him and giving a few more digs. It’s something that I don’t think I would ever get sick of. So why not? Or if he doesn’t want to do it in the bare knuckle, we can do it straight up boxing. Why not? Maybe me and him could be another fight, this time a real fight on the Logan Paul and KSI card. I’ve heard there are some boxers on there, as well. That card is making a lot of noise, and I need some real fights, a legit fight, and me and Paulie would be that fight. We can box on that card easily. Why not?”

Lobov also confirmed that he would love to fight Khabib Nurmagomedov’s teammate Zubaira Tukhugov, who was involved in the brawl at UFC 229, following Khabib’s win over McGregor. ‘The Russian Hammer’ said he wants the fight so much, he’s willing to fight him for free.

“It’s a fight I would want as well. I mean obviously he’s in the UFC now and I’m not, so our paths are not going to cross immediately but it’s something that I would definitely do. After his performance last time, I messaged Sean Shelby and I said if you will give me a one-fight deal against Zubaira, I’m willing to fight for free. He said, look I hear you. I’m not sure what that means, whether they would consider it or not but if they gave me a one-fight deal, I will fight him for free, no problem.”

As for his next fight, Lobov confirmed that it would be another bare knuckle contest before the end of the year. The 33 year old also said that he is in talks with more than one MMA promotion about returning back to the sport within the next year.

Would you like to see Artem Lobov vs Paulie Malignaggi in a boxing ring?