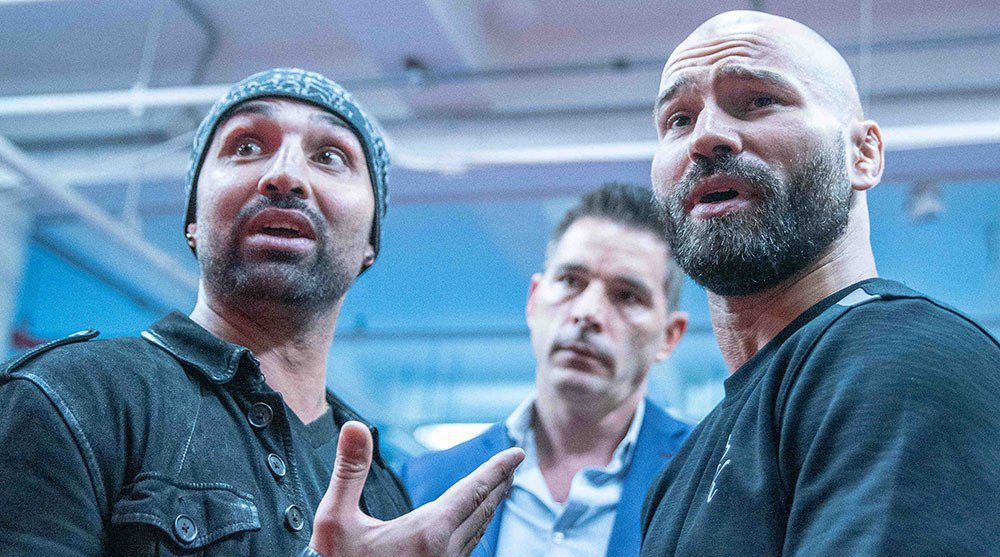 Looks like the highly anticipated showdown between Paulie Malignaggi and Artem Lobov will indeed happen.

Last night, Artem Lobov defeated fellow UFC alumnus Jason “The Kid” Knight in what turned out to be a bloodbath! Both Lobov and Knight ended up with cuts and bruises, with “The Russian Hammer” having to spend the night in the ICU at a hospital. Artem won the fight by unanimous decision, with the MMA community praising the former UFC competitor for putting it all on the line last night.

Even before the fight, Artem Lobov couldn’t focus entirely on Jason. Leading up to the fight, former boxing world champion Paulie Malignaggi, who has a history with Lobov’s teammate Conor McGregor, confronted Lobov before getting a slap in! Former UFC light heavyweight Anthony “Rumble” Johnson and the others had to intervene, not letting the situation escalate any further.

With Artem winning his fight against Knight, the Bare Knuckle Fighting Championship have now announced the main-event for BKFC 6 in June, pitting the two foes against each other!

BKFC signed Paulie Malignaggi to a contract, and the first fight he wanted was against Artem Lobov. Paulie has also traded words with Conor McGregor, and has said that he would want to punish Lobov for Conor’s behaviour.