Askren To Usman: I Am Under Your Skin So Bad 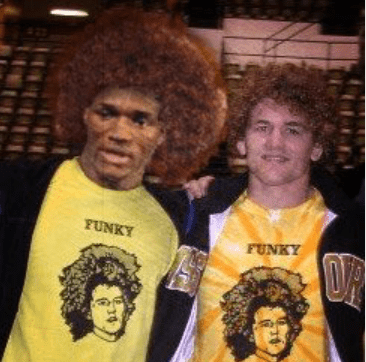 Since signing with the UFC at the end of last year, Ben Askren has trolled half the UFC welterweight division and beyond. Some of his most entertaining trolling has to be with Kamaru Usman. Or as Askren refers to him, ‘Marty from Nebraska’.

Before last week’s UFC 235 pre-fight press conference, Usman confronted the former ONE Championship and Bellator champion. Which you can watch here. Leading Askren to claim that he has gotten under Usman’s skin. As he told Ariel on The Ariel Helwani Show.

And as promised to Ariel, Askren posted a photo of Usman wearing a ‘Ben Askren’ tee shirt and wig!

Whatever happens on March 2nd in Las Vegas, we sure hope we get to see these two settle their differences inside the Octagon.