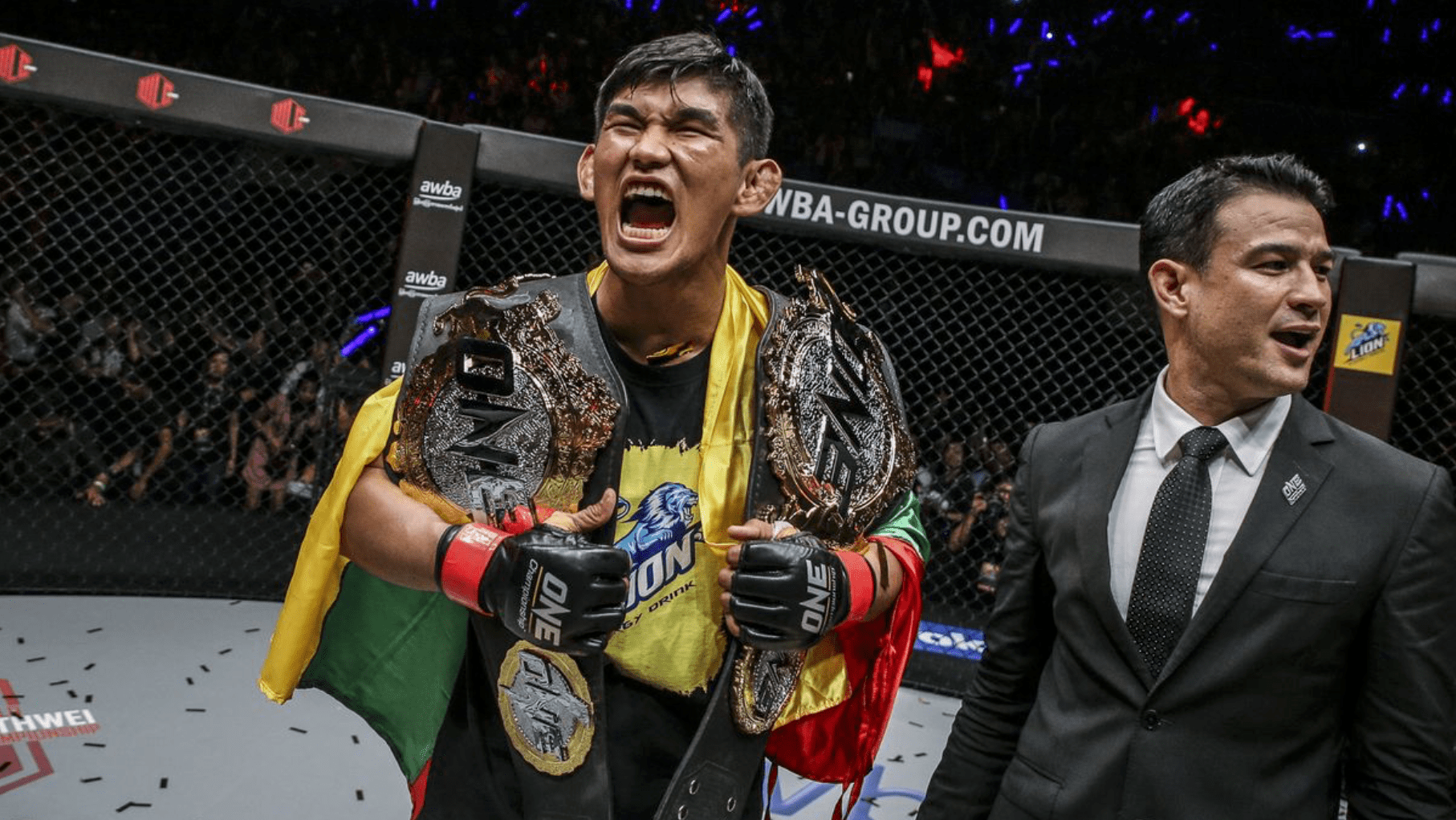 Aung La “The Burmese Python” N Sang took part in one of the most epic matches in the history of ONE Championship.

On 31 March, he looks forward to facing Japan’s Ken Hasegawa again in a co-main event at ONE: A NEW ERA as the two run it back for the fans.

The bout will be for Aung La’s ONE Middleweight World Title. Given that the two are very much familiar with each other’s skills, the Myanmar native believes that their match will be as exciting as their first encounter last year, if not even more.

“I’m sure he’s going to put 100 percent into a great training camp. I know he went to New York to train, so I’m sure he’s really focused. It’s going to make for an amazing match” Aung La N Sang said.

“I respect Ken a lot. I know what he brings to the table, so I’m training my butt off and I’m sure he is as well. [It will be] two people who have fought already and who know each other’s strengths and weaknesses. It’s going to be  — in my opinion, knowing the two of us — another exciting match.”

Their initial encounter last June in the main event of ONE: SPIRIT OF A WARRIOR earned “Bout Of The Year” honors at the 2018 Global Martial Arts Awards.

It was an intense battle between two of the top athletes in their division where they unleashed everything they had against each other, bringing the fans to the edge of their seats in excitement.

In the final minutes of the fifth round, “The Burmese Python” gathered his remaining strength and released an uppercut which knocked out Hasegawa cold.

But despite capturing the knockout of the night, the 33-year-old saw some flaws in his performance and promises to get better for their rematch.

“There’s a lot of movement that I made mistakes on. I’m going to show a much more improved, much cleaner competitor on March 31st. You’ll see some new moves that I’ve been working on. For this fight, there will be new exciting moves for the fans, for sure.”

Hasegawa flew to New York to train with Matt Serra and Ray Longo who are well known for producing the best world-class martial artists. To reciprocate, Aung La N Sang has been cooking a little something new in the cauldron at Hard Knocks 365 in Fort Lauderdale, Florida.

“I’m sure he’s going to bring a new dimension of him and that’s great” Aung La N Sang said.

“As excited as I am right now, I’m laser-focused on this fight. I plan on making a statement that I will be there because I bring excitement to the fans and I bring what the fans want to see.”

Aung La N Sang loves to perform in Myanmar in front of his countrymen but facing Hasegawa in Japan brings a little bit comfort knowing that the pressure will be on his Japanese opponent to pull out the victory in front of his hometown fans.

“Being on the Myanmar card, as fun and as exciting as it is, there’s a lot of pressure from the fans and there is extra work that I have to do” Aung La N Sang said.

“Now, I get to fight in Japan, so it’s pretty cool. Also, Japan is the country where martial arts began, so it’s an honor for me. I’ve always wanted to visit Japan, so it’s like a dream come true.”

If the Myanmar icon successfully defends his title, he then would like to challenge Brandon “The Truth” Vera for a match of World Champions and for the ONE Heavyweight World Title.

“I’m ready to sign on the dotted line. On my side, it’s ready to go” Aung La N Sang concluded.

“I’m here to become a better mixed martial artist all around. There are things that I need to improve on but that fight excites me. I’ve been a fan of Brandon Vera and it’s one of those match-ups that really excites me. I’m down to fight anybody.

“Right now, I’m focused on just training and improving, and I just want to test myself with anybody.”