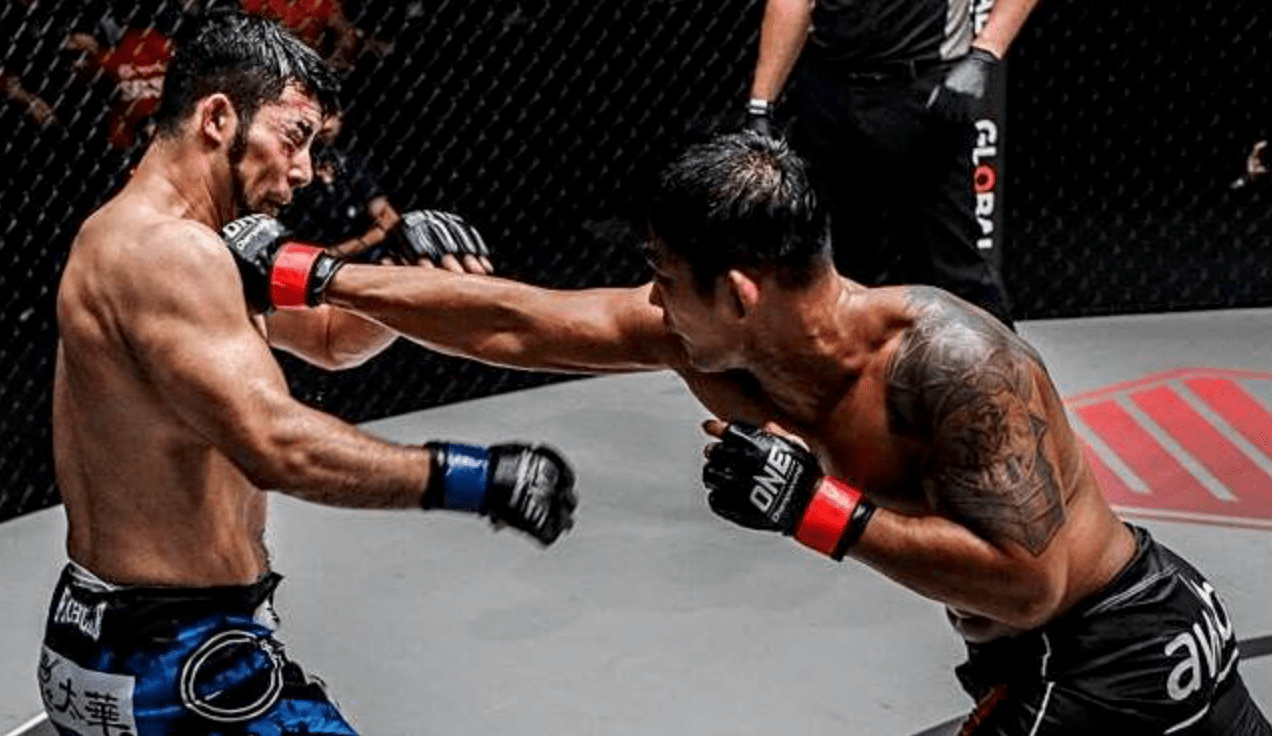 The ONE: A NEW ERA card is packed with World Title rematches, not the least of which is the battle between ONE Middleweight and Light Heavyweight World Champion Aung La N Sang and Japan’s Ken Hasegawa.

Last year, the two men battled in what many called the Bout of the Year. Aung La retained his title via fifth-round KO following a thunderous uppercut in the final moments of the contest.

Because the first bout was so entertaining, there was an outcry for a rematch, and ONE Championship has delivered.

The Aung La-Hasegawa rematch is one of four World Title bouts scheduled for the big show in Japan. Here’s a step-by-step breakdown of this highly anticipated bout.

Early in the first bout, Hasegawa’s counterpunching skills helped him have his moments. Aung La’s size and reach were a factor, but there is no question Hasegawa got his attention with a catch-and-shoot strategy.

As the bout wore on, stamina became a major factor. Aung La is always in exemplary shape, and he proved to have the bigger gas tank. As Hasegawa’s pace and reflexes slowed, he began to take more punishment.

By the fifth round, he was battered and exhausted. That state is what left him vulnerable to Aung La’s definitive punch.

In the rematch, Hasegawa will have something he didn’t have in the first meeting, and that’s his home crowd behind him. The proud Japanese warrior will be looking to draw from the crowd at the iconic Ryogoku Kokugikan in Tokyo.

The venue is so iconic for Sumo Wrestling and other combat sports events, it seems impossible for Hasegawa not to draw something from competing there.

For Aung La, he must take battling behind enemy lines as a challenge. He must rise to the occasion and remind Hasegawa that he has already proven to be his superior in the cage. If Aung La allows the challenger to gain confidence, it’ll be that much easier for the crowd to spur Hasegawa on. That could change the dynamic of the bout and the rivalry.

The primary adjustment that Hasegawa must make is in his striking defense. He’s not the most nimble competitor, but he must make the effort to be a more difficult target to hit.

In the first bout, he seemed accepting of Aung La’s shots because he’d planned on countering and hopefully hurting the champion with his own firepower. That approach made the match competitive early, but it’s not a formula for a victory.

In fact, if he doesn’t do something different in the rematch, the bout will come to an end much quicker than their first encounter.

The first bout didn’t feature a ton of grappling. In fact, the bout didn’t go to the ground until the third round. Hasegawa was able to take advantage of a body clash, bypass Aung La’s guard and get to side control.

Unfortunately for him, he was unable to do anything with the position. Aung La got to his feet relatively quickly and continued to win what turned out to be the round that really swung things in the Myanmar star’s favour.

Hasegawa has always been a heavy and devastating presence in top position. He’d be wise to work to get the battle to the ground earlier in the bout when both men are dry, and when he has more stamina. If he can, he may be able to hold his position while doing damage from the top.

At this point in both men’s careers, their stamina probably isn’t an improvable trait. Hasegawa has the weaker stamina, so he must do something to counter that deficiency.

Stopping Aung La early or delivering enough damage in the first two rounds to drain the champion’s energy is the best approach.

Aung La’s stoppage win over Hasegawa marked the first time the challenger had ever been stopped by strikes. Early in his career, Aung La was KO’d four times, but the last occurrence happened almost six years ago. He appears to have a sturdy chin of late as he ate some shots from Hasegawa in the first meeting that might have dazed lesser men.

While Hasegawa has been a tough athlete to stop prior to his loss to Aung La, there is no telling if the gruelling first battle will affect him moving forward.

Without question, Aung La has the mental advantage heading into the rematch. He outlasted and stopped Hasegawa with a punishing blow that left him unconscious. Whenever that happens to a martial artist, it’s tough to rebound period, let alone against the same opponent. Hasegawa must attain some level of success early in the bout that he didn’t have in the first match. He needs a sign that things will be different the second time.

Who Has The Edge?

It depends on who is in better physical condition. Given the way their first bout went, the man with the better gas tank will take home the victory and the World Title. Expect another epic clash that could go the distance if both athletes have prepared well.