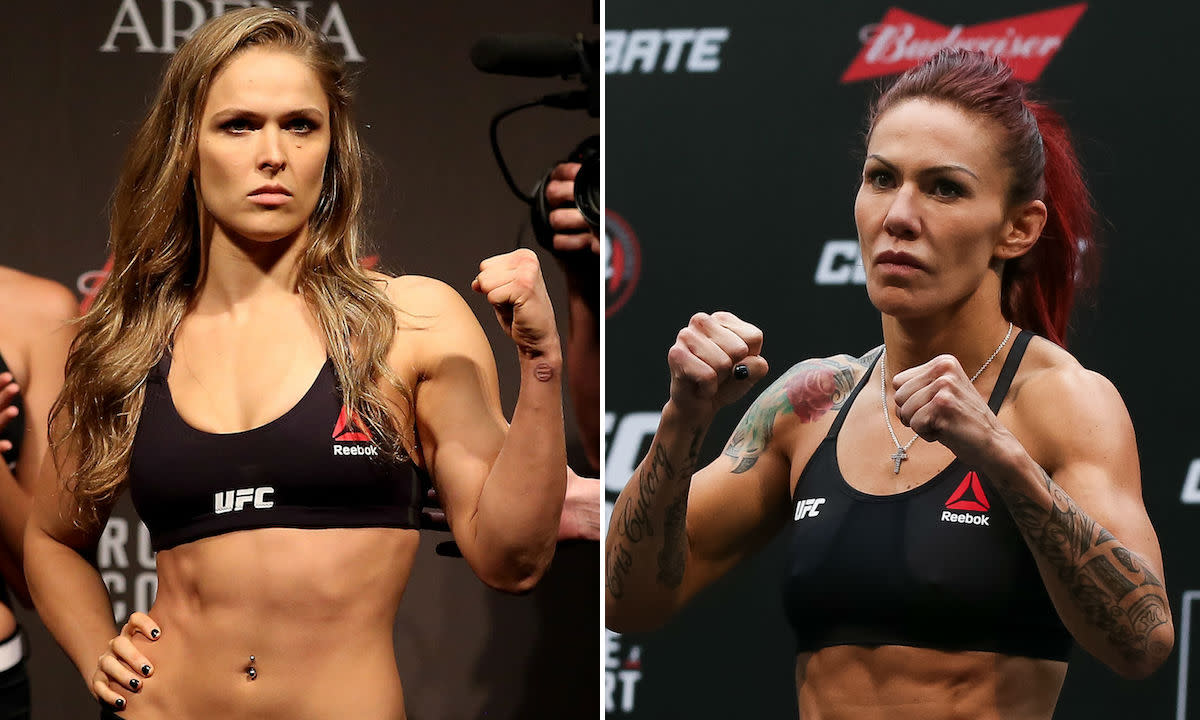 Ronda Rousey and Cris Cyborg never played nice, when Ronda was at the helm in the UFC. In fact, while both the stars revealed that they wanted to fight each other, Rousey refused to move up a weight class. Considering ‘Cyborg’ cuts a lot of weight to even make it to 145 lbs, her moving down to 135 lbs or fighting at catchweight was out of the question.

A lot has changed since. Ronda lost the UFC bantamweight strap to Holly Holm at UFC 193, and then lost to Amanda Nunes, which brought down the curtain on her MMA career. However, Cyborg then signed with the company, and picked apart whatever challenge she could find at 145 lbs, before being dethroned by Amanda Nunes.

Cyborg is now nearing the final stages of her UFC contract, and has talked about being open to pursuing other avenues. Cris previously lobbied to compete in the WWE, and the new wrestling promotion on the scene, All Elite Wrestling (AEW) is also reportedly interested in her services.

The Sun recently reported that Ronda Rousey, who is the current RAW Women’s Champion — and is expected to headline this year’s WrestleMania is refusing to extend her WWE contract if the promotion signs Cris Cyborg! The entertainment news outlet provided other reports as source, which state that Ronda Rousey does not want to stay with WWE if they bring in Cyborg.

Interestingly enough, WWE recently moved in to quell the rumours by stating that Ronda is under contract until 2021. It will certainly be interesting to see what happens over the next 12 months, given that Nunes is adamant about not defending the featherweight title anytime soon.

Cyborg also reacted to the rumour on social media.