Bec Rawlings Not Optimistic About Paige VanZant’s Chances In BKFC 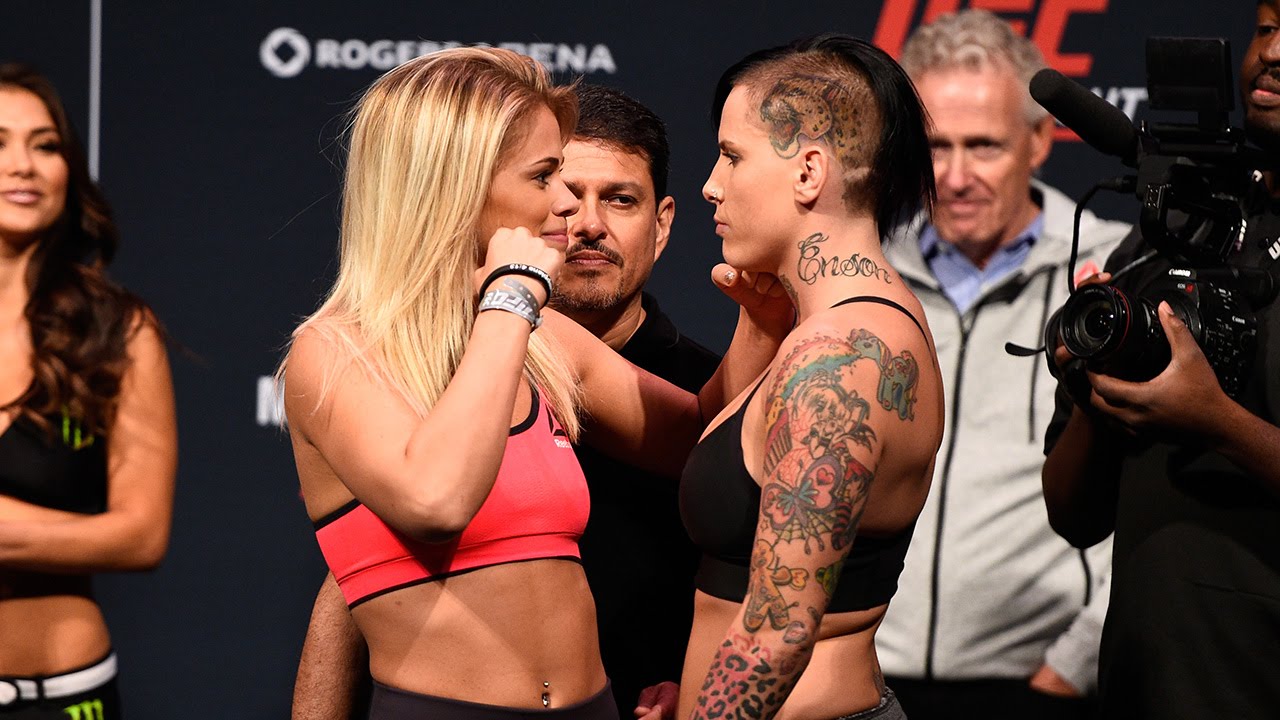 Bec Rawlings doesn’t think Paige VanZant will do very well in the Bare Knuckle Fighting Championship, and wouldn’t stand much of a chance against her in a bare knuckle fight.

With a losing record of 8-9, Rawlings hasn’t had huge success in her MMA career to date. But her time in the BKFC brought out the best in her as she’s amassed a perfect 3-0 record, winning and defending a title on the way. The 31 year old has since signed with Bellator, where she has gone 1-1.

Coming Into Her Own

Speaking to MMA Fighting, Rawlings opened up on how her move to the BKFC has transformed her career.

“It definitely revamped my career,” Rawlings said. “I didn’t have the best fights or best showings in the UFC. I lost a few fights, I won some as well but I did lose quite a lot and I just wasn’t in a great space career wise, really mentally and physically. So it was cool to kind of revamp my career and my image with bare-knuckle, and the sport was kind of made for me.

“My fighting style worked out really well. I miss the sport immensely but while I was doing bare-knuckle, I missed MMA immensely. It would be cool if I could do both, but right now I’m focusing on Bellator.”

Rawlings plans to win a title in Bellator to add to her BKFC one. However, if the chance to fight her former opponent VanZant in the BKFC comes her way, she would jump at the opportunity.

“With Bare-Knuckle [FC] signing Paige it’s definitely garnered a lot of interest in people wondering if I’m going to fight her,” Rawlings said. “I would love that fight. I’m sure we could probably try to work something out with Bellator and Bare Knuckle, doing a cross promotion thing. I don’t know, I’d be down for that. We’ll just have to wait and see.”

VanZant beat Rawlings at UFC on Fox 21 four years ago via second round KO, and ‘Rowdy’ says she would love to avenge the loss. Should she get the opportunity in the BKFC, the Australian predicts that she would get the job done in the first round.

“I would love to avenge that loss,” Rawlings said. “That loss still sits in the deep pit of my stomach and I’ve never let that go. I think that she has no hope in bare-knuckle boxing against me. I really don’t think she’s going to do well against any of the girls, but especially with the girls I faced. I just don’t see her as a boxer. She’s never been a great boxer. She’s been a great grappler. A very good kicker. But boxing is a different game.

“I definitely feel like she wouldn’t get out of the first round with me. I’m very confident in that fight and I’d love to avenge my losses as best I could. Obviously it’s not MMA, it’s not avenging it completely but I would definitely love to fight her again.”

VanZant parted ways with the UFC in August, and later signed with BKFC, where she is set to make her debut in February. But Rawlings has warned her one-time opponent that she will soon realise that bare knuckle fighting isn’t for her.

“I was and then I wasn’t [surprised she signed with the BKFC] because they probably just threw a ridiculous amount of money at her and she’s just seeing dollar signs,” Rawlings said. “She’s very naive and thinking it’s just two weapons. And I don’t think she realises the skill set it takes, especially in bare-knuckle boxing to not take damage.

“She hasn’t been the greatest with not taking damage. She’s known for being tough and that’s cause she takes a beating. I just don’t think she’s thought it through. I think after her first fight, whoever that is, I think she’ll probably realise that bare-knuckle boxing isn’t the sport for her.”

Rawlings ended her five-fight losing streak in MMA with a win over Elina Kallionidou at Bellator 240 in February, and is loving life in the promotion.

“I love Bellator. I never want to leave them,” Rawlings said. “This is the happiest I’ve been in a long time with this promotion. They remind me a lot of Invicta when I first fought in the US. I was very happy and I felt loved and wanted and appreciated in that promotion. And that’s how I feel with Bellator.”

Would you be interested in seeing Paige VanZant and Bec Rawlings run it back in the BKFC?