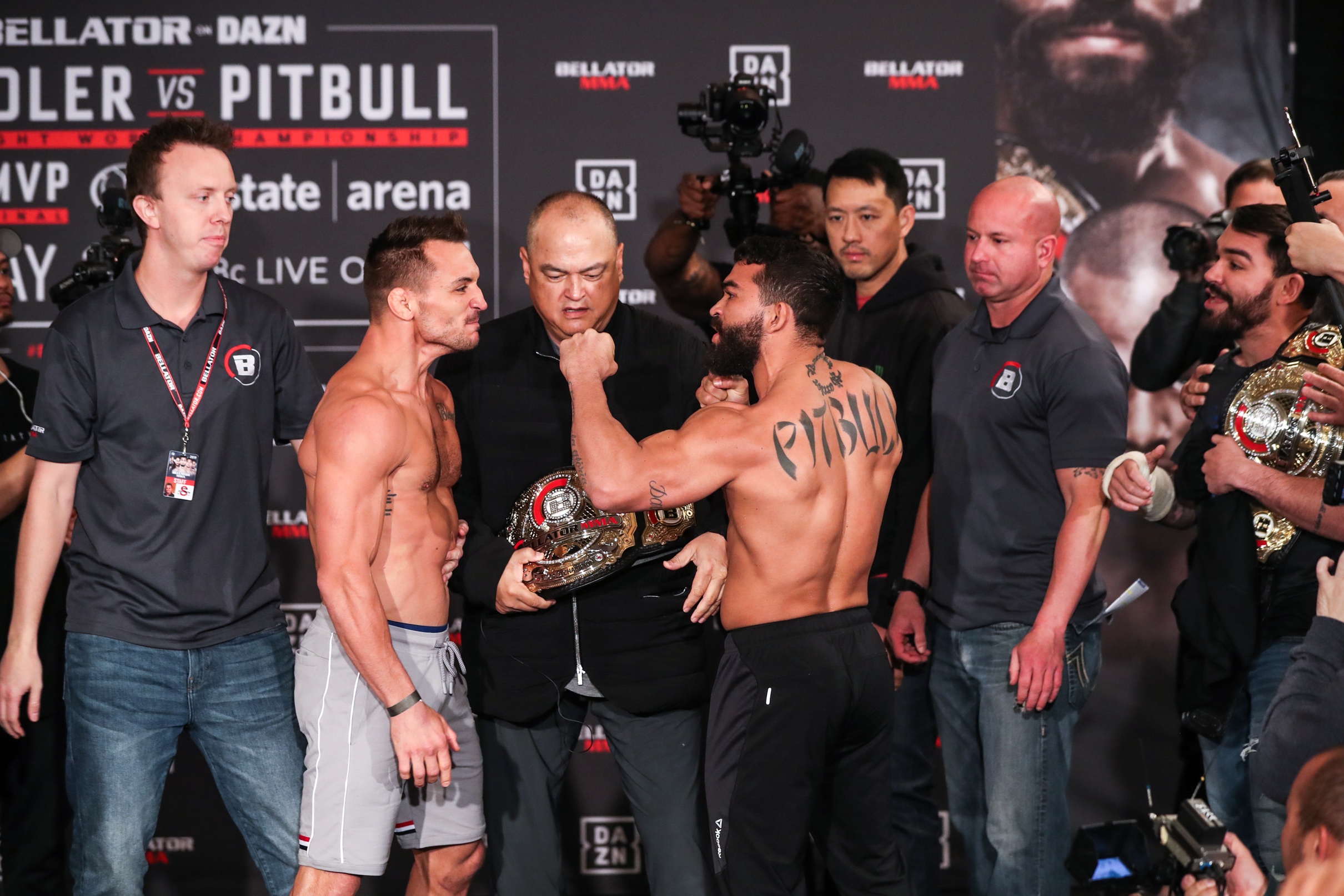 At Bellator 221, the bad blood between Patricio “Pitbull” Freire and Michael Chandler will be resolved once and for all. The two champions have had animosity brewing between them for years, and this weekend, Patricio will have the opportunity to get some retribution by taking the Bellator MMA lightweight title away from Chandler.

The fighters fighting on the card took to the scales earlier today for the official weigh ins, and both the champions made weight, making their mouth-watering clash official. In the main event, Michael “Venom” Page will take on Douglas Lima in the semi-final of the Welterweight Grand Prix.

Here are the results from Bellator 221 weigh ins.