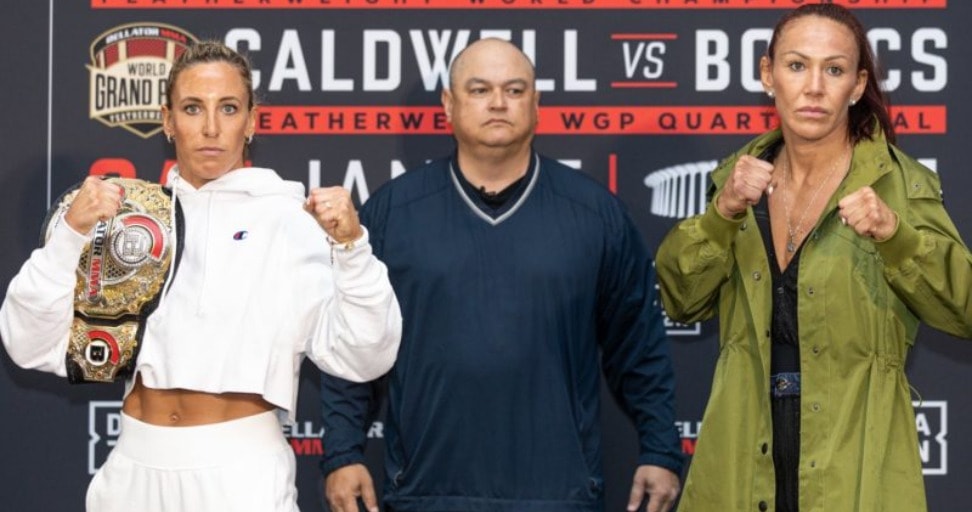 Bellator 238 went down on Saturday night at The Forum in Inglewood, California. In the main event, Cris Cyborg stopped Julia Budd in the fourth round, to win the Bellator featherweight title. Cyborg has now won world titles in four major promotions, Strikeforce, Invicta FC, the UFC and now Bellator.

The co-main event saw Darrion Caldwell scored a first round rear naked choke submission win over the previously unbeaten Adam Borics. And in doing so, moved through to the Bellator Featherweight World Grand Prix semi-finals. In another exciting featherweight clash, Juan Archuleta got back to winning ways, having lost his title last time out, by beating Henry Corrales via unanimous decision.

Elsewhere on the Bellator 238 card, Sergio Pettis got off to a winning start in his Bellator debut, submitting Alfred Khashakyan in the very first round. And Raymond Daniels impressed again, finishing Jason King in the first round, by way of TKO.