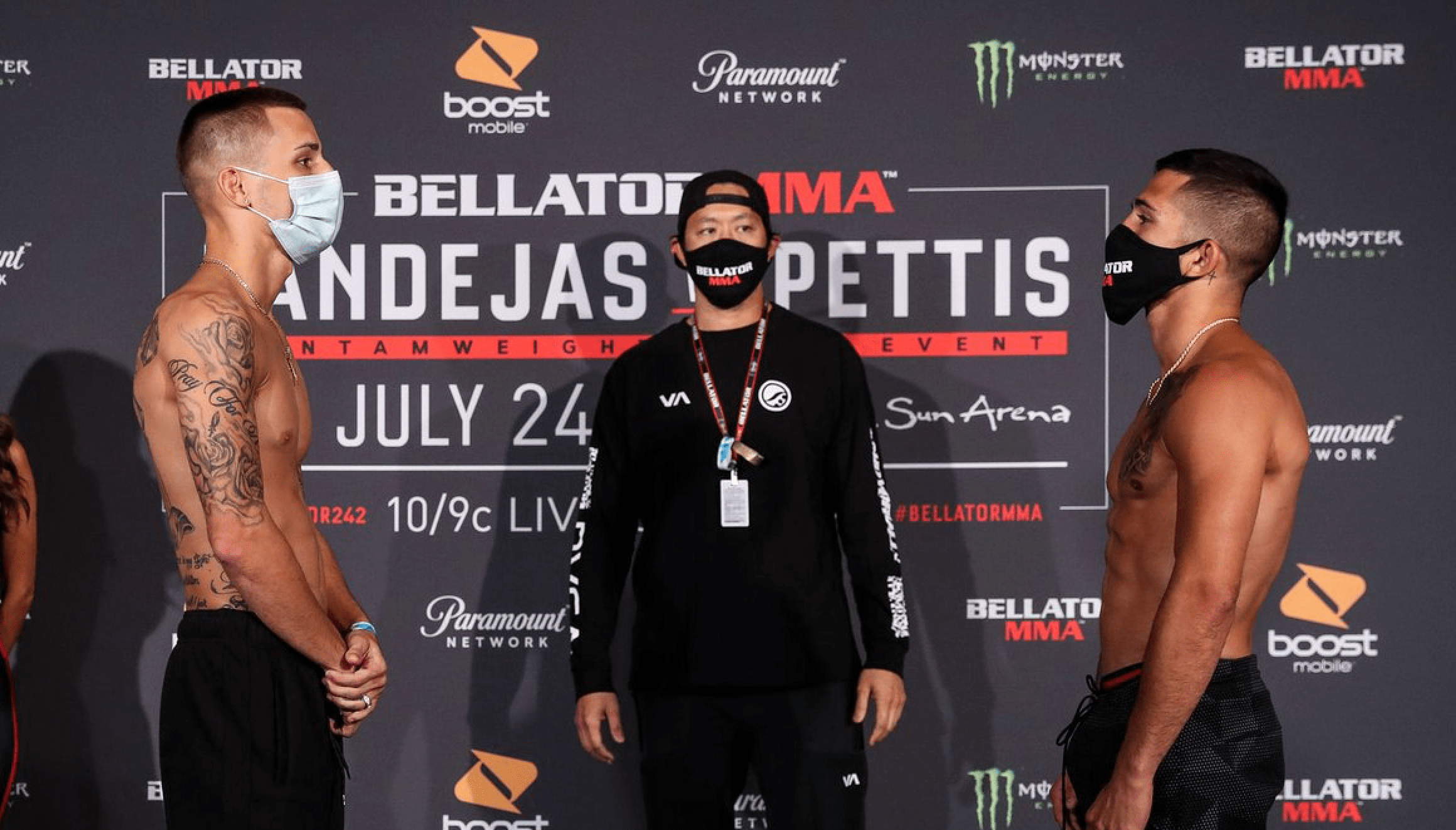 Elsewhere on the Bellator 242 main card, Jay Jay Wilson beat Tywan Claxton via a razor close split decision in the featherweight division, to stay unbeaten after six professional bouts. And Aaron Pico got his first submission win of his career, beating Solo Hatley Jr. via a first round rear naked choke.

Bellator returns in two weeks, with Bellator 243, which will feature the Michael Chandler vs Benson Henderson rematch in the main event and a heavyweight clash between Matt Mitrione and Timothy Johnson in the co-main event.