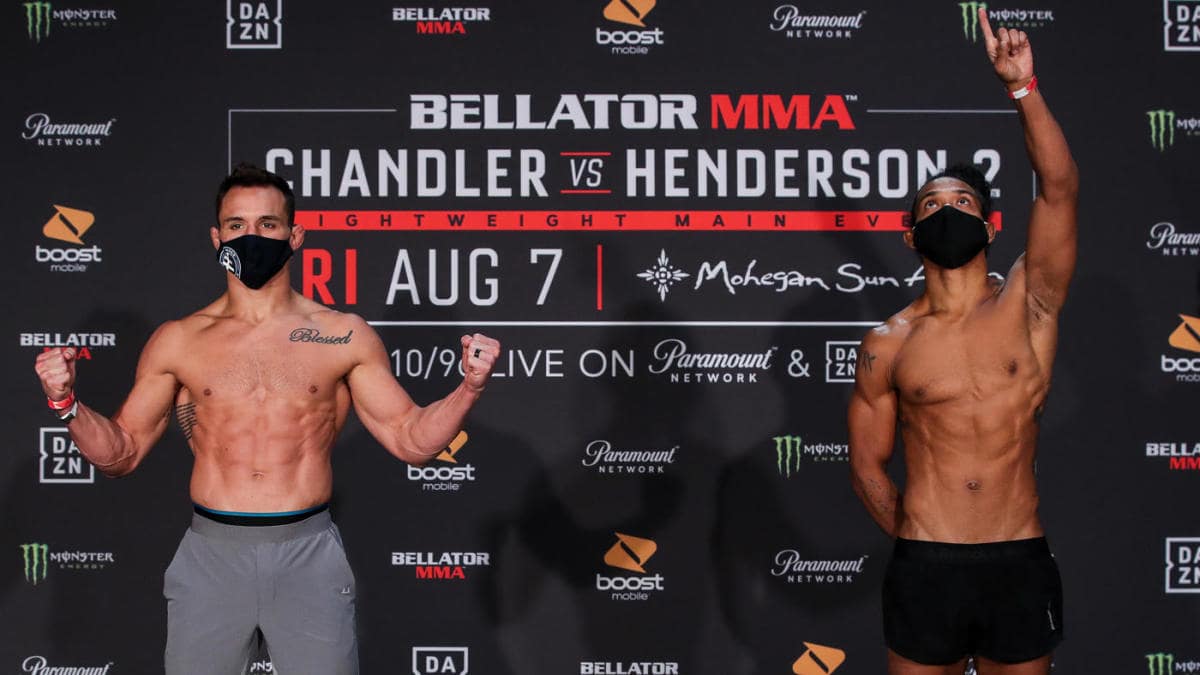 Bellator 243 went down on Friday night at Mohegan Sun Arena in Uncasville, Connecticut. Having returned two weeks ago after a five month break, Bellator put on a fun card, headlined by Michael Chandler vs Benson Henderson.

In what could have been his last fight inside the Bellator cage, Chandler scored a quick-fire knockout over Henderson in their long awaited rematch. Having beaten ‘Smooth’ twice now, the former Bellator lightweight champion will now test free agency.

In the Bellator 243 co-main event, Timothy Johnson took advantage of an accidental headbutt to stop Matt Mitrione in the first round. Elsewhere on the card, Myles Jury and Adam Borics both edged split decision wins over Georgi Karakhanyan and Mike Hamel; and Valerie Loureda knocked out Tara Graff in the very last second of the second round.